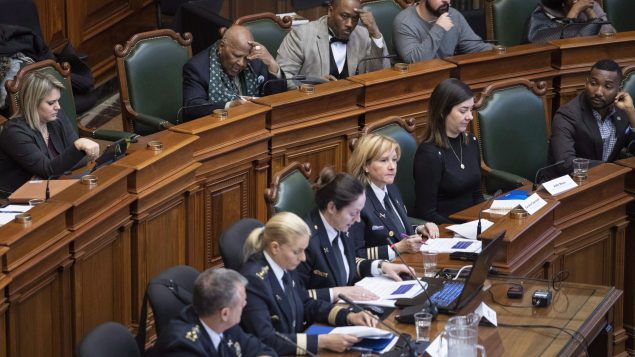 Lawyer Jacky-Eric Salvant, top right, and Gabriel Bazin, vice-president of the Ligue des Noirs du Quebec, listen to a presentation by members of the Montreal Police at City Hall in Montreal on Tuesday, December 11, 2018. A Judge is allowing a class action lawsuit against the City of Montreal for racial profiling and abuse to proceed. (Paul Chiasson/Canadian Press)

As Montrealers of good faith continue to try to bring an end to what the city’s black community says is systemic abuse and profiling that’s been happening for way longer than too many of them care to remember, a Quebec Superior Court judge has authorized a class action that could provide a bit of momenturm to righting past–and present–wrongs.

The ruling by Justice Andre Prevost allows the suit against City of Montreal on behalf of citizens who allege they were unfairly arrested, detained and racially profiled by Montreal police between August 2017 and Jan. 2019 to proceed.

Calling the decision “historic,” Dan Philip, president of the Black Coalition of Quebec, said the ruling was more than just a victory for the black community. 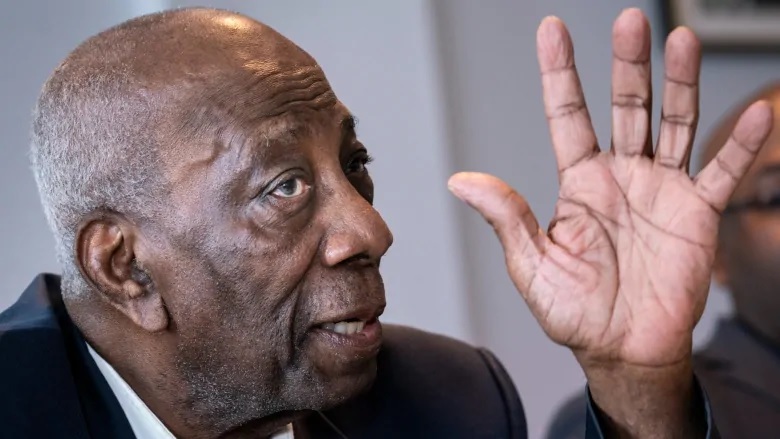 Dan Philip, president of the Black Coalition of Quebec, says that with each case of racial profiling, the city’s black community loses confidence in the justice system. (Paul Chiasson/Canadian Press)

“It is also a victory for justice,” Philip told a news conference on Tuesday.

“It is for us a day of victory, but also a day of reflection. We have been struggling to obtain this kind of justice that we see today,” he said.

“I can tell you that over time, we were losing confidence in the justice system. But we must always have hope. Without hope we die.”

The Black Coalition of Quebec says about 150 people have joined the suit, and it is urging anyone who is eligible to come forward to join the class action 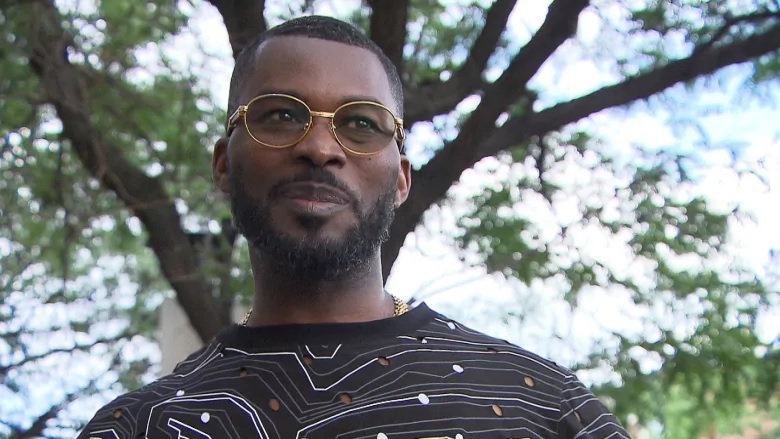 Alexandre Lamontagne is the lead plaintiff in the class action lawsuit. He says police racially profiled him in 2017. The charges against him were eventually dropped. (CBC)

The lead plaintiff is Alexandre Lamontagne, a man of Haitian origin, who claims he was wrongfully detained by the police in 2017.

Last week, a Montreal man said he was fined $500 after a confrontation with police that he says was racially based.

In his ruling, Justice Prevost said the class action would address a number of questions

They include whether city representatives acted in a discriminatory fashion and violated the rights of plaintiffs, many of whom allege they were unfairly targeted for arrest or questioning because of race.

The judgment states the city doesn’t deny racial profiling exists but also doesn’t believe a class action lends itself to addressing the practice because each case is different. 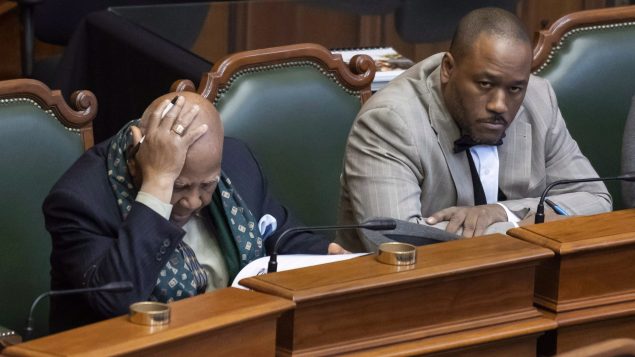 Lawyer Jacky-Eric Salvant, right, and Gabriel Bazin, vice-president of the Ligue des Noirs du Quebec, listen to a presentation by members of the Montreal Police at City Hall in Montreal on Tuesday, December 11, 2018. (Paul Chiasson/Canadian Press)

Montreal police (SPVM) have declined to comment on the class-action decision, saying the case was before the courts.

The ruling follows meetings this spring by the Office de consultation publique de Montreal (OCPM) that were held after a petition signed by 22,000 people demanded consultations on systemic racism be held.

The court will will decide the level of financial compensation to be paid if the lawsuit is successful.

Last December, the City of Montreal directed its police service to track allegations of social and racial profiling as part of commitments aimed at curbing the long-standing problems,. 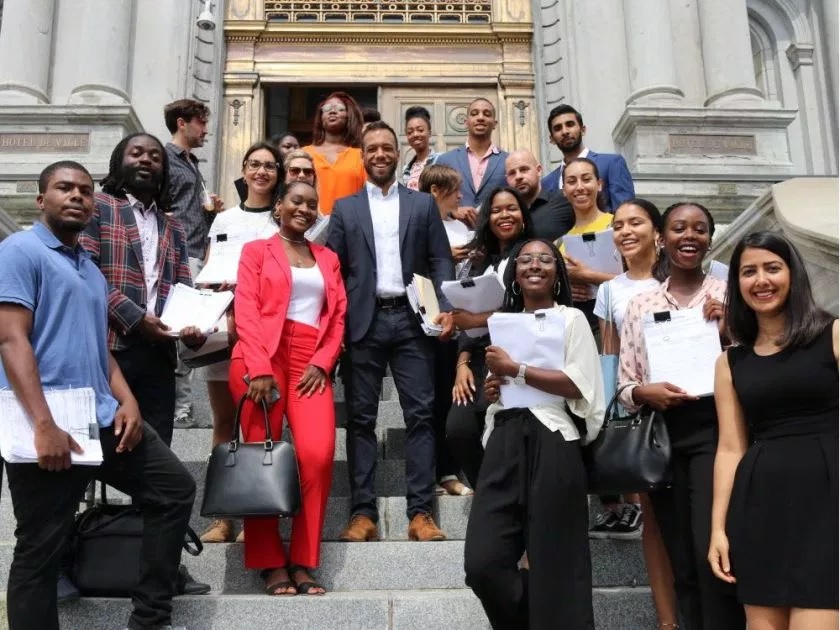 The citizen-based Montreal in Action filed a petition calling on Montreal to hold a public consultation on systemic racism and discrimination Friday, July 27, 2018. The group, led by Balarama Holness (centre), collected 22,000 signatures, well above the 15,000 needed. (Courtesy: Balarama Holness)

That same month, a research group at Concordia University released a report that showed racial profiling remains an issue in Montreal neighbourhoods where people of a visible minority congregate.

Hate crimes remain a problem in Montreal, where immigrants now comprise 34 per cent of the population.

For some perspective on the Justice Prevost’s ruling, I spoke by phone Wednesday with Montreal in Action’s Balarama Holness, who spearheaded the drive and the petition that led to this spring’s OCPM consultation hearings on systemic racism.