The RMS Titanic hit an iceberg late in the night on April 14, 1912, and sank early the next morning. Some 1,500 of the 2,200 passengers drowned in the wreck, The latest dive this summer shows the wreck slowly collapsing PHOTO via CBC

This month a research team made several dives on the remains of the ill-fated RMS Titanic. It was the first visit to the tragic wreck in 14 years. Using highly sophisticated cameras Atlantic Productions London mapped the shipwreck to create accurate 3D images of the remains. The images show the continuing degradation of the ship. 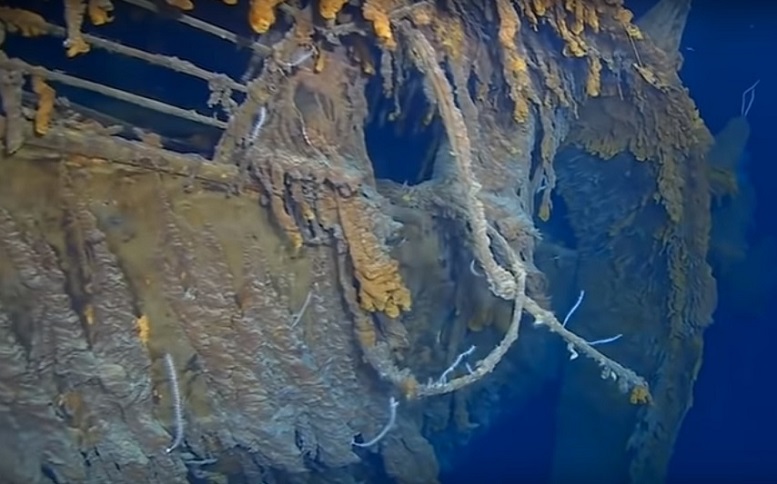 The latest images show much greater damage to the structure as metal-eating microbes slowly weaken and dissolve the ship into rust. (Atlantic Productions-BBC-YouTube)

Nova Scotia civil engineering expert Henrietta Mann has been studying the wreck for years. The retired Dalhousie University professor recently viewed the 4k footage of the shipwreck and has estimated that there will be little left of the giant ship in about 30 years.

Arguably the world’s most famous ship, the Titanic sank on its maiden voyage after hitting an iceberg late in the night on April 14, 1912, with the loss of some 1,500 lives.  The wreck, which broke into two parts, lies on the ocean floor about 600 kilometres off the coast of Newfoundland more than three and a half kilometres below the surface. 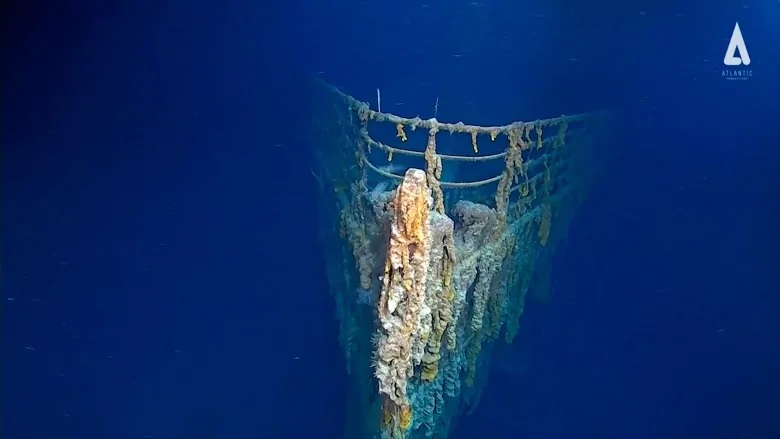 The latest images show the bow is still relatively little changed from over a decade ago, while portions of the starboard side deckhouse and state rooms have since collapsed. (Atlantic Productions via AP)

It was Mann who in 2010 co-discovered the iron-eating bacteria in the “rusticles”, now known as Halomonas Titanicae, that are among the microbes slowly eating away at the metal portions of the ship.

The expedition found that many of the iconic images such as the captain’s bathtub are now gone as much of the officers quarters on the starboard side are collapsing including the deck house and staterooms.