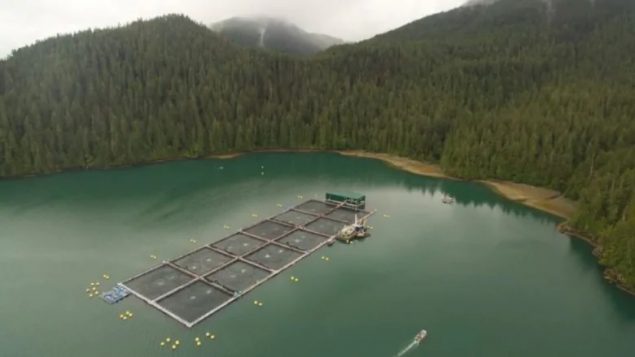 From a distance fish farms appear placid and peaceful, but many in Canada would like to see all aquaculture operatons moved to land. (Clayoquot Action)

As Canadian aquaculture grows, hard questions are being asked

Two new reports by Fisheries and Oceans Canada do not bode well for future of a lot of fish–mainly cod and salmon struggling to survive in Canadian waters off both Coasts.

Let’s start with Atlantic cod, who are not doing well,

Jumping to the West Coast, the department painted a gloomy picture of the future of many types of salmon. 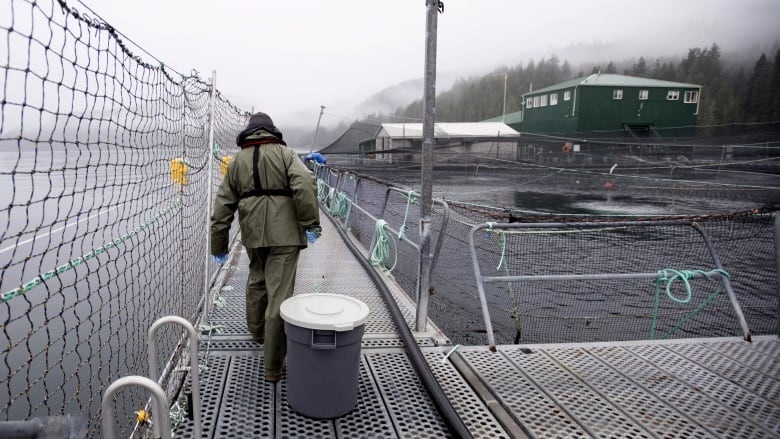 A bucket of salmon is collected during a Department of Fisheries and Oceans fish health audit at the Okisollo fish farm near Campbell River, B.C. (Jonathan Hayward/Canadian Press)

In the Atlantic, officials said the problems were the result of a rapidly increasing seal population.

Out West, the scientists linked the problems to climate change.

The reports came as Canada continues to expand its salmon aquaculture industry–the farming of salmon for commercial purposes, helping some and worrying others. another area where there are a lot of problems.

Canadian aquaculure now does over $1 billion a year in business, making Canada he fourth largest producer of farmed salmon in the world, after Norway, Chile, and the United Kingdom. 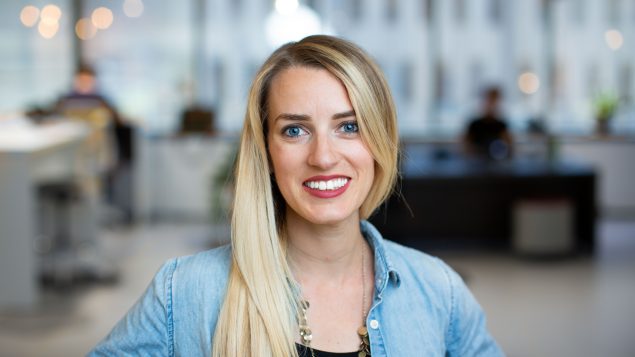 For some perspective and assessment I spoke by phone with Camille Labchuk, an attorney and the executive director of Animal Justice, a Canadian animal rights organization.