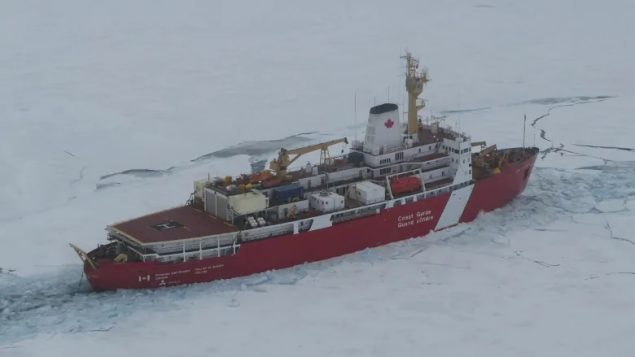 Canadian icebreaker CCGS Louis St Laurent (shown Sept 16, 2016) is scheduled to be replaced. None of Canada's icebreakers are capable of operating through Arctic winter ice. Russia has several that do. (Natural Resources Canada via CBC)

Icebreaker wars for control of the Arctic

Defence and geopolitical experts have been watching issues of development in the Arctic with growing interest and concern. Once a remote area devoid of geopolitical manoeuvering, that is no longer the case

Even with the observed shortening of the winter season and now ice-fee summer passages through the Arctic seas, icebreakers are still critical, and perhaps growing even more so as the world looks to the vast potential resources of oil, natural gas, and minerals in the Arctic and who has sovereignty over them.

Of the Arctic nations, Canada, the United States, Denmark, Iceland, Norway, Sweden, Finland and Russia, it is Russia by far that has been developing its Arctic presence. 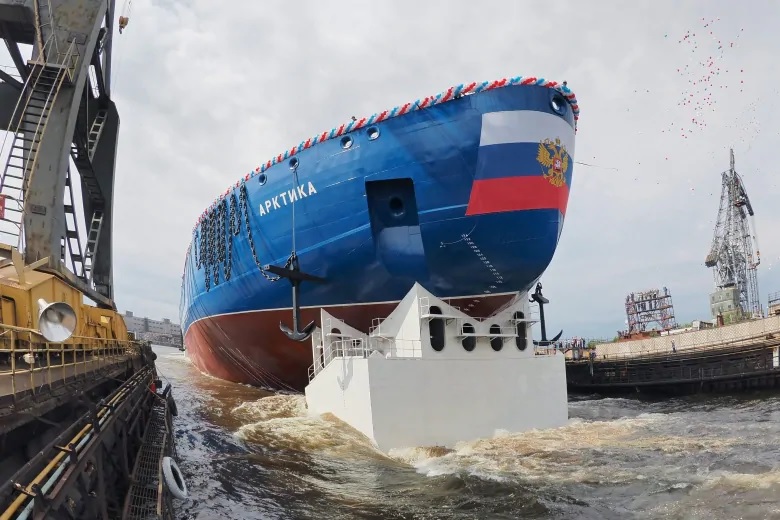 As part of its ambitious plan to enlarges and modernises it’s icebreaking fleet Russia launced the nuclear powered “Arktika” from the Baltic shipyard in St Petersburg in 2016. (AP-Evgeny Uvarov)

Canada Arctic comprises fully 40 per cent of our landmass, at 14 million square kilometres, yet is extremely sparsely populated in a smattering of villages and towns with a total of only 100,000 residents.

Russia meanwhile has been actively building up military resources throughout its region aided by its fleet of icebreakers, by far the largest, most modern,and most powerful of any Arctic nation. 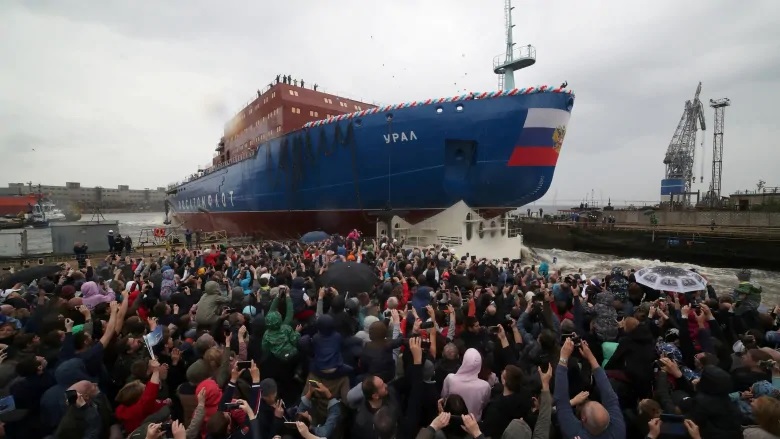 After Arktika, another huge nuclear powered sister ship URAL was launched from the same shipyard in May of this year.(Anton Vaganov-Reuters)

Thanks to its fleet, Russian can now operate a huge liquified natural gas facility year round in the Yamal Peninsula several hundred kilometres north of the Arctic circle.

Russia is also aggressively asserting its control over the Northern Sea Route (NSR) which is developing into an important route between China and Europe. 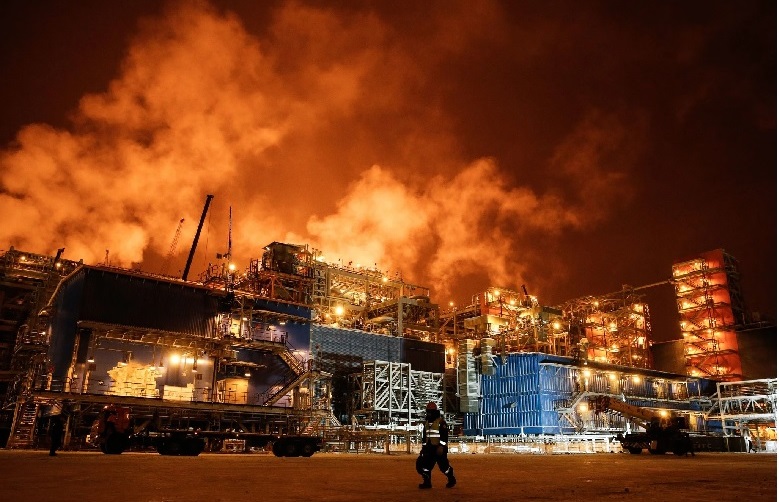 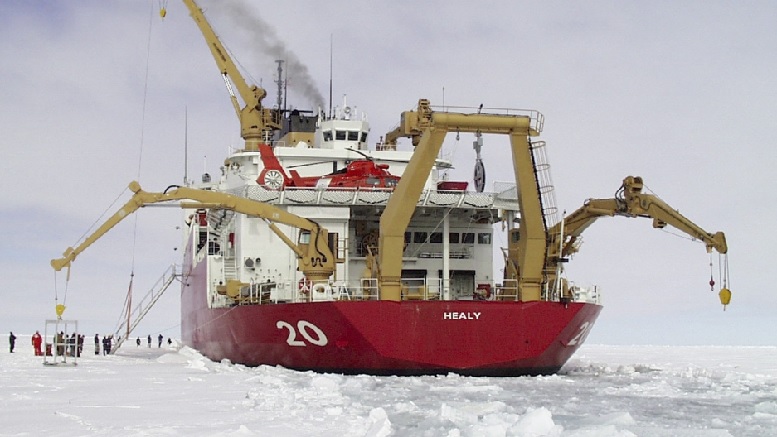 Although a superpower, the U.S. has only two functioning Arctic icebreakers. Shown is the USCG polar icebreaker/research vessel Healy . (U.S Coast Guard)

Canada could lose legitimacy in the Arctic

According to an article in Global Research, the U.S has sometimes relied on Canadian icebreakers but with a modern more powerful fleet to come throughout the 2020’s, “this would mean that for the first time in decades Canada would face icebreaker inferiority relative to the United States. Given US Secretary of State Pompeo’s recent assertion that Canada’s claims to the Northwest Passage are “illegitimate”, it appears that Canada is about to lose control over its portion of the Arctic to the United States” 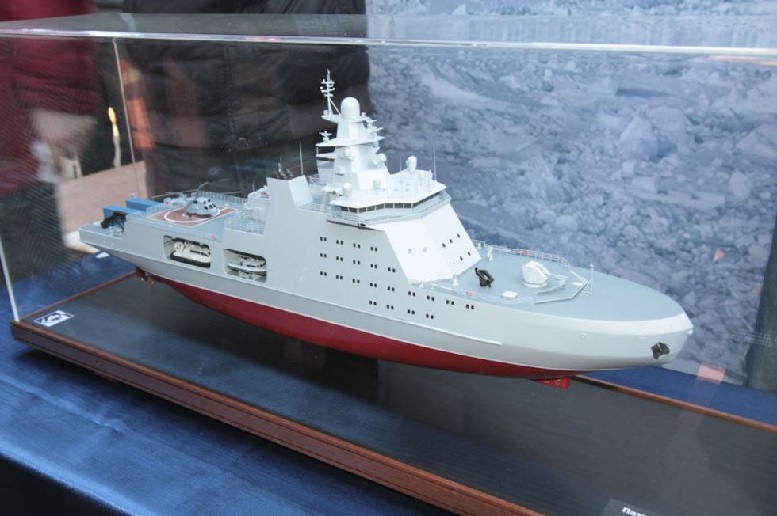 Known as Project 23550, Russia is planning creation of military icebreaking patrol vessels, as part of its power projection plans in the Arctic. (Russian Defence Ministry)

Although much, but not all of the the NSR is in Russia’s  exclusive economic zone (EEZ), Russia  announced in March that any foreign warships transitting the Northern passage must submit notice 45 days in advance and take a Russian pilot on board, Earlier it had required loadings of coal, oil, and natural gas to Russian-flagged vessels.

Russia also has plans for two military icebreakers with a high level of icebreaking ability and excellent weaponry complex, including missiles, artillery. Russia has also indicated it has authority over the narrow Bering Strait, which puts it into conflict with the U.S, and international law.

Adding to the mix of potential tension in the Arctic is China which is expanding its presence claiming it is a “near Arctic state”. 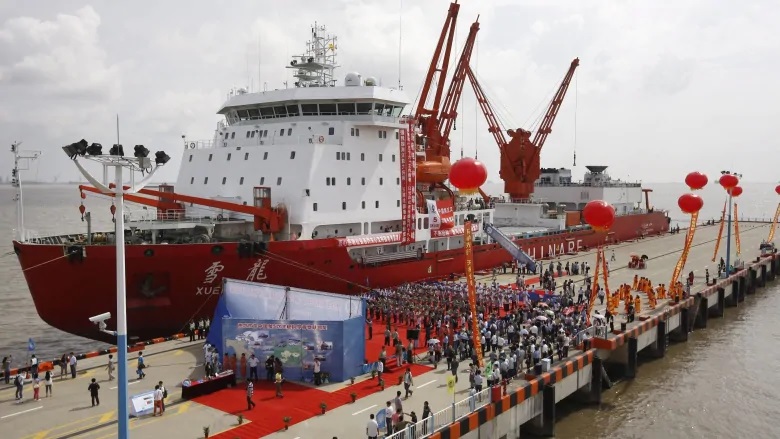 China is also interested in the Arctic having built a huge icebreaker “Snow Dragon”, shown here in 2012 in Shanghai after an 85 day scientific mission across the Arctic  In 2018 China launched a second icebreaker Snow Dragon 2, a class-3 icebreaker and is in the process of building a nuclear-powered ship capable of breaking 3-metre ice and bigger than the Russian nuclear powered Arkitka and Ural (Pei Xin/Xinhua News Agency/Associated Press)

(Note: the original caption for the Chinese icebreaker said it was nuclear-powered. It is in fact diesel powered. The caption was corrected on Sept 4 with additional information about China’s launch of a second icebreaker)