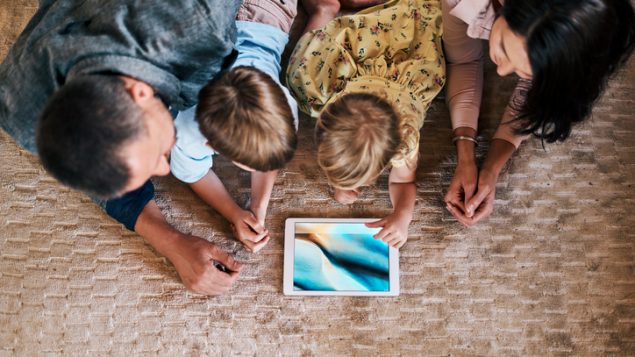 Excessive technology usage has been a cause of concern from the World Health Organisationcan as well as the Canadian Paediatric Society recommending less than an hour of screen time per day for children under the age of 5. Anecdotal information says it may also adversely affect creativity and imagination (iStock)

Half of Canadian parents concerned over their kids’ screen time

Nearly half of Canadian parents are concerned that their child is spending too much time in front of a screen, according to a new survey by the Angus Reid Institute.

Almost nine-in-ten Canadian parents say their children – some as young as two – spend at least one hour using their digital devices, with most children up to the age of 12 parked in front of their screens for much longer than that, the survey shows.

The time spend on gadgets appears to have a negative correlation with children’s physical fitness, mental health, academic performance and ability to socialize, survey respondents report.

Nearly one-fifth of Canadian parents say their child spends more than four hours per day using their devices. That number rises to at least four-in-ten among parents of children with a physical, learning or developmental disability.

There is a significant difference in how boys and girls use their devices, the survey shows.

Boys are nearly twice as likely as girls (35 per cent vs. 20 per cent) to use their devices to play games, driven in large part by pre-teen boys (49 per cent), while pre-teen girls are most likely to rely on their devices for social interaction and communication.