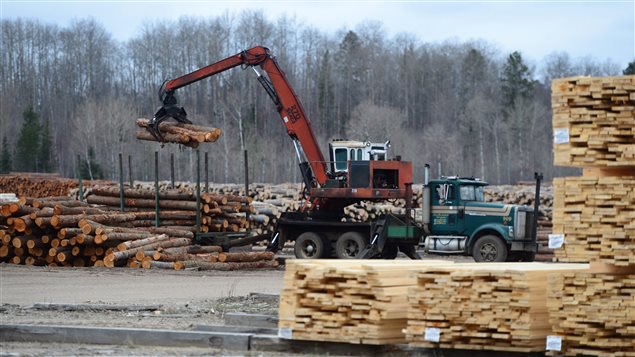 Canada’s lumber industry is celebrating an apparent win in the ongoing trade dispute with the U.S. after a binational NAFTA panel ruled there were insufficient grounds for the U.S. International Trade Commission to determine that Canadian softwood lumber products had “injured” the U.S. softwood industry.

“In its decision, the NAFTA Panel rightly questioned how the USITC could reach an affirmative determination of injury when the U.S. industry was enjoying the most profitable period in its history without evaluating the industry’s performance in light of the business cycle, particularly in the wake of the recession of 2008-2009,” she said in a release.

The binational panel, which was created under NAFTA’s Chapter 19, has given the USITC 90 days to issue a new determination.

Foreign Affairs Minister Chrystia Freeland also welcomed the unanimous decision and said it supports what Canada has been saying all along.

“U.S. duties on Canadian softwood lumber are unfair and unwarranted,” Freeland said. “The panel’s decision is an important step in the right direction in having these duties on Canadian exports removed and the sums collected reimbursed.”

Ottawa has also requested World Trade Organization consultations with Washington over anti-dumping and countervailing duties the U.S. Department of Commerce has set on softwood lumber imports from Canada.

The U.S. government said in November 2017 that it made a final determination to impose duties on Canadian softwood imports, claiming producers here were selling into the U.S. market at less than fair value, and that Canada provides “unfair subsidies” to domestic producers.