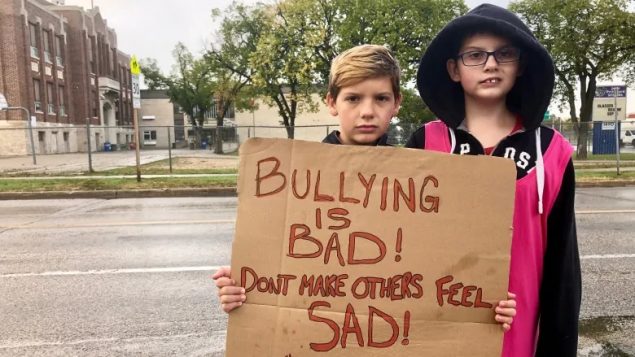 Austin Young, right, held a protest last year outside his Winnipeg school where the 12-year-old has endured bullying. He was joined at the demonstration by his younger brother Lucas Young, left. (Gary Solilak/CBC)

As students return to school, so do the bullies

It’s that bittersweet time of the year: summer’s over, school’s back.

Hopefully, that’s the way it stays–bittersweet, gentle, optimistic–nothing more than that–energies to help all involved find rhythms and routines they need to navigate the school year.

Looming over all the usual insecurities (“oof, do I ever hate this guy teaching math…I AM going to make this soccer team…I wonder if that girl REALLY likes me”), hanging over everything, is that primal and tribal scourge of human kind–the bully.

If you have kids, you know who I’m talking about. 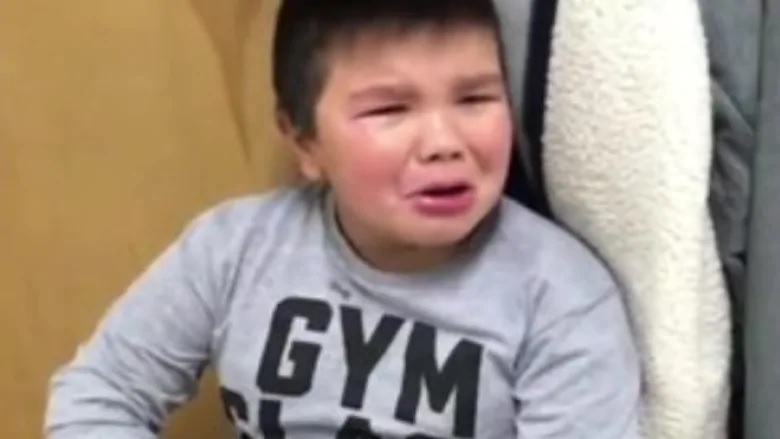 A still from the video Trudy Longchap, 17, shot of her six-year-old brother, Andrew Mianscum Jr. in 2018 getting ready to go to Voyageur Memorial Elementary School in the Cree community of Mistissini, Quebec. Trudy regularly accompanies Andrew because of bullying that has gone viral. (Trudy Longchap)

If you’re a kid, you know what I’m talking about.

Heck, if you’re a human being, you what I’m talking about.

“Bullying is probably ubiquitous amongst life itself,” Tony Volk, a developmental psychologist at Brock University, told the CBC’s Tai Poole.

The thing about bullying is that hearts get broken and life gets really, really dark. 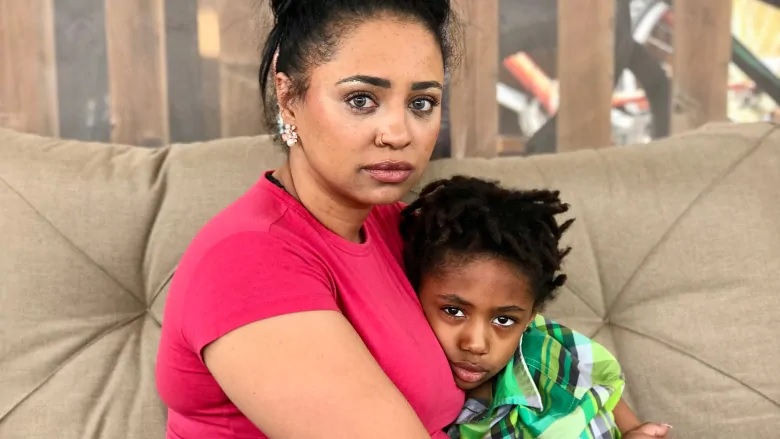 Shada Mohamed says her son Malakhi has suffered racist bullying at school in Calgary but nothing changes despite reporting incidents to the school and board. In one incident she says her son was kicked by six kids on his school bus after initially being prevented from getting on board and told it’s because he’s black. (Dan McGarvey/CBC)

As for Canada, we may be famed for our good manners, but we know bullying

Take a look at these government stats.

The one from that list that jumps out at me is the that reads 47 per cent of Canadian parents report having a child victim of bullying.

That’s basically one out of two, folks. 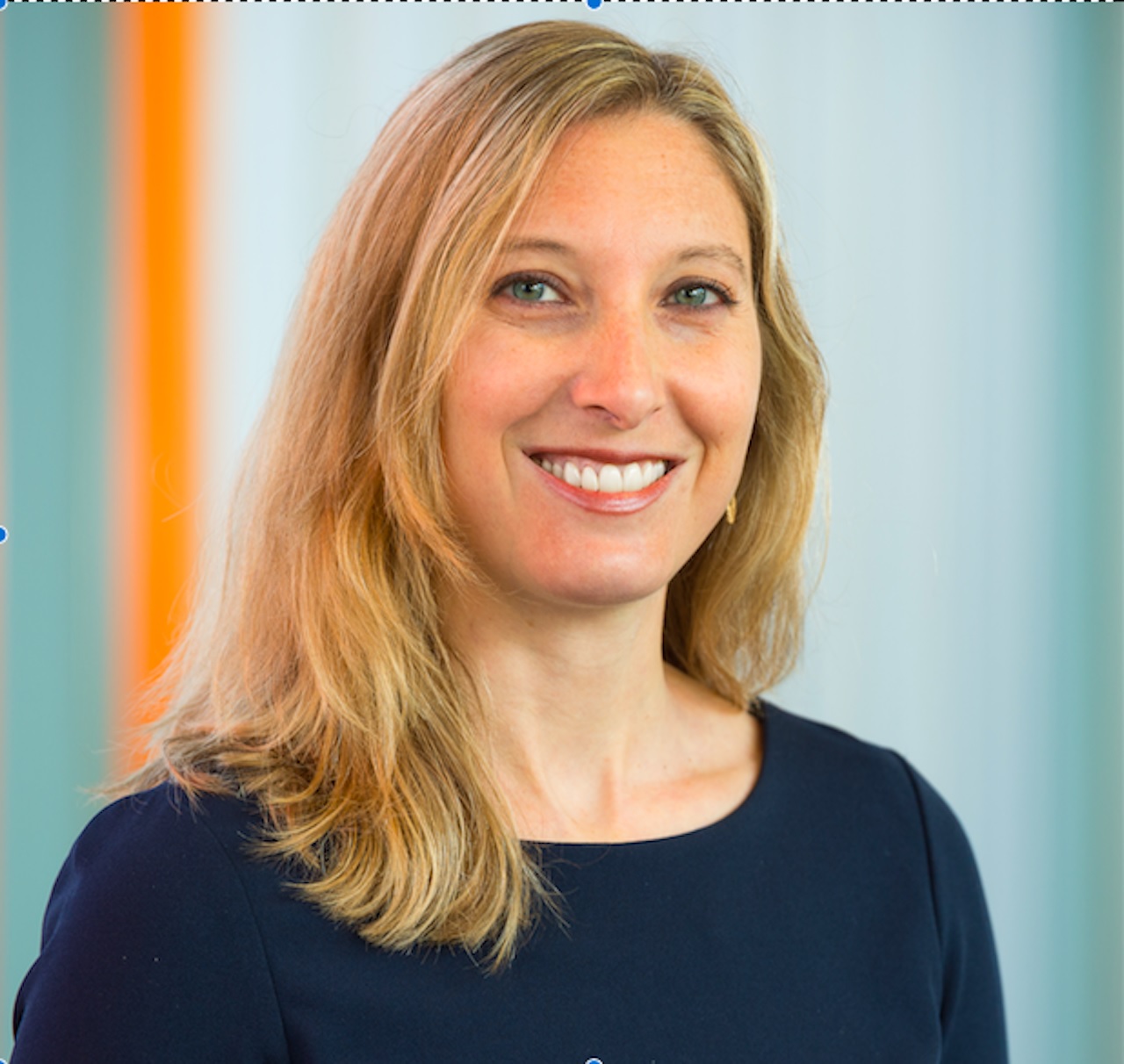 The question is what do you do about it.

For some answers and perspective I had the pleasure to speak with Dr. Ashley Miller, a child and adolescent psychiatrist at B.C. Children’s Hospital. on Thursday.