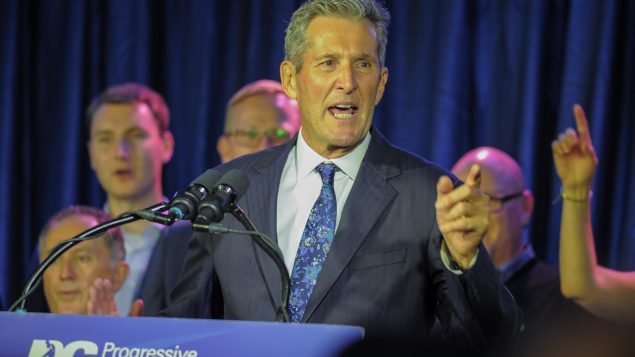 Manitobans are waking up to the news of a majority Progressive Conservative government after voters in the Western Canadian province gave the party another mandate to continue their program of cost-cutting and tax reductions in Tuesday’s vote.

“We inherited a massive responsibility. Some would call it a mess,” Premier-designate Brian Pallister said in a victory speech Tuesday evening. “Manitobans worked with us, all hands on deck. Manitobans have repaired Manitoba’s foundation.”

Despite their win, the PCs won fewer seats than they had at the end of the last legislative session, while the NDP made significant gains in the 57-seat provincial legislature.

According to the latest results published by Elections Manitoba, the PCs won 36 seats and the New Democratic Party added four seats for a total of 18 seats, remaining the Official Opposition.

The Liberal Party won three seats, one seat short of the number needed for official party status, which carries with it extra funding for caucus staff, some allotted committee spaces and time in question period.

Pallister himself was declared the winner in his Winnipeg constituency of Fort Whyte.

Kinew said the extra seats are a message of support and a shot across Pallister’s bow.

“The seats that we took back made it very clear that Manitobans want us, the New Democrats, to not only be the conscience of Manitoba, not only to be the opposition of Manitoba, but to be the progressive voice for Manitoba,” he said to cheers.

Kinew ran on a promise of more money for health, education, infrastructure and social programs and accused the PCs of implementing health changes that made the system more chaotic.

The Green Party of Manitoba was shut out once again in its bid for its first seat. Party leader James Beddome ran and lost against Kinew in Fort Rouge — his fifth attempt at a seat.

With files by The Canadian Press and CBC News