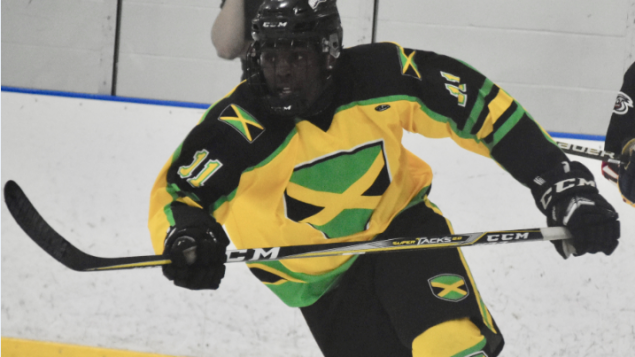 A Canadian investor has shown great interest in building an ice rink for the Jamaican ice hockey team on the north coast of the country, according to Olivia Grange, Jamaica’s Minister of Sports, Youth and Culture.

As the Jamaican team was nominated for the 2019 International Association of Athletics Federations (IAAF) World Championships in Doha, Qatar, Grange took the opportunity to announce the news.

The Latam Cup is an ice hockey tournament composed mainly of teams from Central and South America. Venezuela, Mexico, Chile, Brazil and Argentina were part of the 2019 edition.

“Serious investors are standing by with plans to establish an ice rink, along with a bobsleigh practice track and an eight hundred room boutique hotel on Jamaica’s north coast,” Grange was reported as saying by Loop Jamaica Sport.

She went on to say that the rink would be available for tournaments and pre-season training.

The Canadian investors are ready to sign a contract and will soon be visiting the country, said Mr. Grange.

She did not give more information but promised to provide more details at another time.

Aiming for the Olympic Games

The Jamaican Minister of Sports made no secret of her interest in qualifying the national team for international competitions such as the Olympic Games: “we have to have an ice rink in Jamaica and that is why we are moving speedily to put that in place.”

Jamaica joined the International Ice Hockey Federation seven years ago, in May 2012, becoming the first Caribbean nation to do so.

However, the team is still not ranked and according to its IIF profile, it currently has only 20 junior members. The team is mostly comprised of players of Jamaican lineage who live and play in North America.

But their latest Latam Cup victory gave them confidence and even earned them NHL recognition.

The Jamaican Olympic Ice Hockey Federation’s primary objective at the moment is to increase the number of fans, players and coaches, as shown on their website.

This desire to be a precursor is not new in Jamaica. In winter sports, the country is known for having presented a bobsleigh team at the 1988 Olympic Winter Games, a feat that inspired the iconic Hollywood blockbuster “Cool Runnings”.

With files from Loop Jamaica Sport