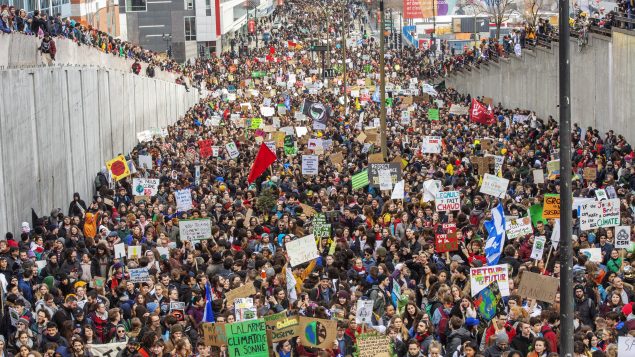 Like Greta Thunberg, the 16-year-old global star in the fight against climate change, many Canadian students will take to the streets on Friday, September 27 to participate in climate events and some school boards across the country are even helping them do so.

Several protests are planned in many cities around the world on this day, including major Canadian cities, to call on governments to take concrete action to fight climate change.

These gatherings, called Global Climate Strike, will coincide with the United Nations Climate Summit in New York next week.

The University of British Columbia, the Toronto District School Board and Dawson College in Montreal are among the institutions that are making efforts to help students who are planning to walk out of school.

Demonstrations are organised all over the country like this one in Ottawa.

Quebec’s largest school board has even declared Friday, September 27, which corresponds to Climate Day, to be a pedagogical day and cancelled all classes to allow students, parents and employees to demonstrate on the city’s streets.

“Considering the effects of a popular movement to attend the day of demonstration for the climate, the Commission scolaire de Montréal (CSDM) decrees Sept. 27, 2019 in institutional pedagogical day,” said a release from the CSDM.

The school board joins other academic institutions — including Concordia University, Dawson College and Cégep du Vieux Montréal — that have cancelled classes for the march.

To make up for the missed day, the CSDM has cancelled two pedagogical days that were scheduled for Nov. 29 and April 24.

In Ontario, the Toronto District School Board has asked its schools to avoid scheduling tests and other homework so that students are not academically penalized for attending a rally. However, students under 18 years of age must always obtain parental permission to skip classes.

“This is not a TDSB-sanctioned event, however we understand that students at a number of our schools may take part,” the board said in a statement.

“We honour student voice and are committed to ensuring students can express themselves individually and collectively in ways that are constructive, respectful and responsible.”

In British Columbia, UBC explained in a statement that students planning to participate in the march should discuss possible arrangements with their teacher and vice versa. 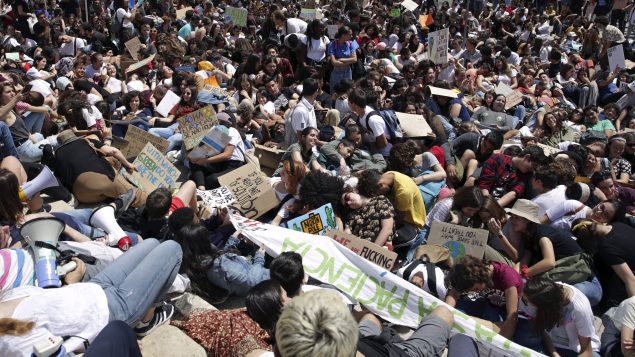 Students’ protests against climate change are taking place around the world, such as here in Portugal on Friday, May 24, 2019. (Armando Franca/AP Photo)

A movement started in Sweden

The demonstrations are partly inspired by Swedish teenage girl Greta Thunberg who has been running weekly demonstrations since August 2018 under the hashtag #FridaysForFuture. It calls on world leaders to redouble their efforts in the fight against climate change.

A website has even been created to organize strikes, fridaysforfuture.org.

More than 100 climate strikes are planned in Canada, including events in all 10 provinces and two territories, and listed on the website. Thunberg revealed last week on Facebook that she should be in Montreal for the next march.

Quebec Premier will not attend the demonstrations

François Legault said he would not participate in the demonstration, stating that, in his opinion, it was not the place of a premier.

Instead, Environment Minister Benoit Charrette and Richard Campeau, Member of Parliament for Bourget, will represent the government.

In the National Assembly on Wednesday, Quebec’s Premier criticised the CSDM’s decision, saying he was sorry for parents who find out “at the last minute” that they will have to find an alternative for their children on that day, as classes will be suspended.

But above all, he warned teachers that they will have to go back to work; pedagogical days are not “days off”, according to him.

With files from CBC, Radio-Canada and The Star