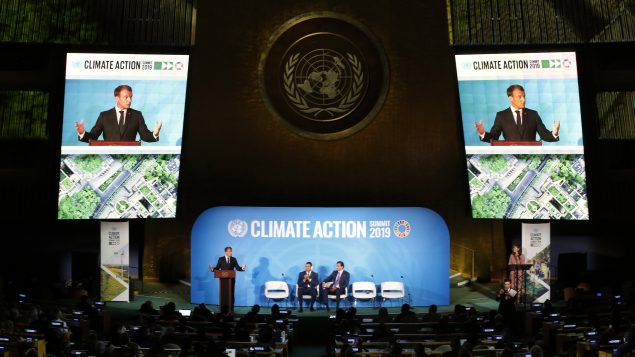 As world leaders gather in New York this week for the 74th session of the United Nations General Assembly, Prime Minister Justin Trudeau and Foreign Affairs Minister Chrystia Freeland who are in the midst of a tight federal election race are skipping the high-level meeting.

Ambassador and Permanent Representative of Canada to the UN in New York Marc-André Blanchard, former Quebec premier Jean Charest, Senator Peter Boehm and Canada’s Special Envoy to Myanmar, Bob Rae, will also be in New York to represent Canada throughout the week, Global Affairs Canada said in a press release.

Ferry de Kerckhove, a former Canadian diplomat who’s advised several prime ministers, said the decision by Trudeau and Freeland to skip the UN meeting is part of a protocol that kicks in during federal elections in Canada.

“It could be seen by the other parties that the prime minister is taking advantage of the world stage to beef up his own position,” de Kerckhove said. “There is nothing untoward about that.” 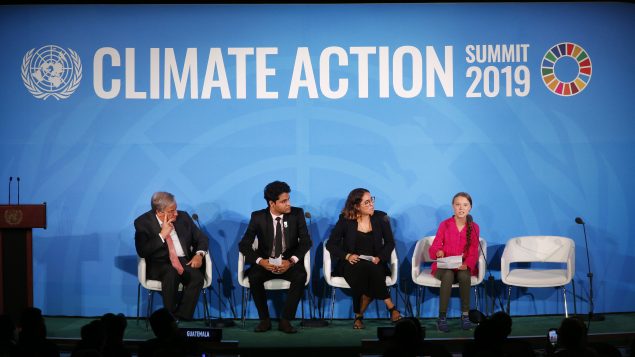 World leader after world leader told the United Nations on Monday that they will do more to prevent a warming world from reaching even more dangerous levels, but as they made their pledges, they conceded it was not enough.

Sixty-six countries have promised to have more ambitious climate goals and 30 swore to be carbon neutral by mid-century, said Chilean President Sebastian Pinera Echenique, who is hosting the next climate negotiations later this year.

Heads of nations such as Finland and Germany promised to ban coal within a decade.

U.S. President Donald Trump dropped by, listened to German Chancellor Angela Merkel’s detailed pledges, including going coal-free, and then left without saying anything.

‘This is all wrong!’ 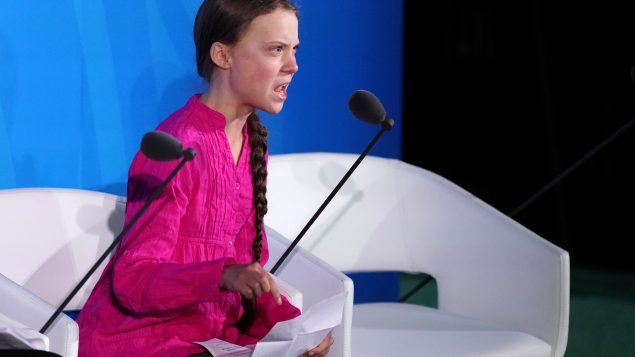 And even before world leaders made their promises in three-minute speeches, 16-year-old climate activist Greta Thunberg in an emotional speech chided the leaders with the repeated phrase, “How dare you.”

“This is all wrong. I shouldn’t be up here,” Thunberg said. “I should be back in school on the other side of the ocean. Yet you have come to us young people for hope. How dare you. You have stolen my dreams and my childhood with your empty words.”

She told the U.N. that even the strictest emission cuts being talked about only gives the world a 50-per-cent chance of limiting future warming to another 0.4 degrees Celsius from now, which is a global goal.

“We will not let you get away with this,” Thunberg said. “Right now is where we draw the line.”

Guterres told world leaders that it’s not a time to negotiate but to act to make the world carbon neutral by 2050. He said the world can hit its strictest temperature goal that Thunberg alluded to.

More than 60 world leaders are set to speak.