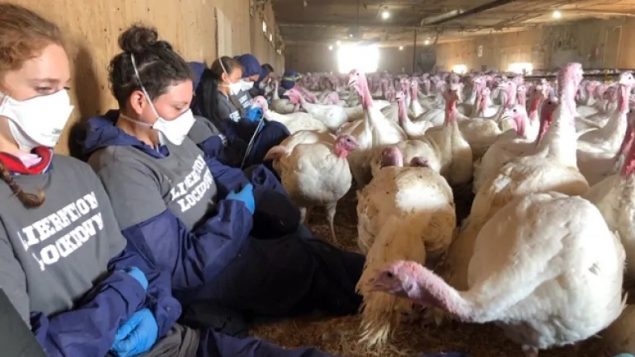 Dozens of animal rights activists are seen at a southern Alberta farm engaged in what they are called a liberation lockdown for turkeys. Similar illegal entries onto livestock operations have happened in Ontario and the provincial government says it will consider all options to shield this province's farmers from activists. (Cranbrook Friends of Animals Society)

Following a series of animal rights activists entering and occupying private farm properties across the country, including Ontario, that province is considering new legislation against the practice.

Livestock producers have been seeking action to protect them from what they call “invasions” and to have tresspassers prosecuted.

Ontario’s agriculture minister is meeting with farm groups and is considering “all options” to protect farmers and processing plants.

Quoted in the CBC, an agriculture ministry spokesman said, “Demonstrations from animal rights activists often violate the biosecurity of farms or trucks delivering livestock to a processing plant, putting the province’s food system at risk”. 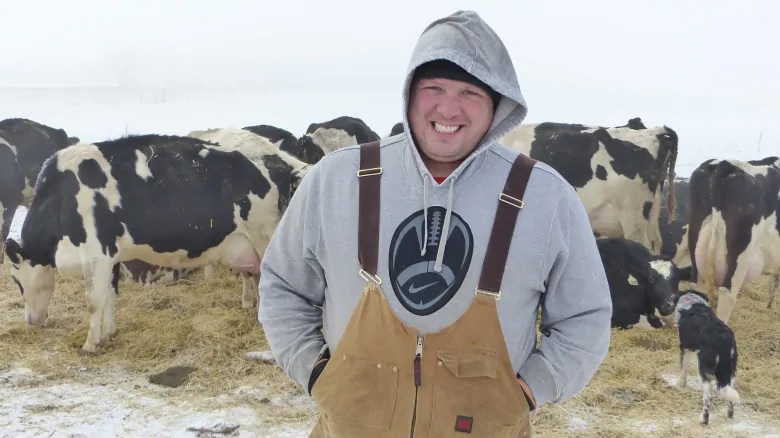 Saskatchewan dairy farmer Cam Houle says he does everything he can to make sure his cows have good lives. He says both he and his family have been threatened by activists (Chanss Lagaden/CBC)

This past spring, farm groups were upset that charges were dropped against an activist among a group which entered a hog farm and took two animals. A spokesman for the Ontario Federation of Agriculture said at the time that without prosecutions, activists will become bolder.

Activists have expressed concern over possible stiffer laws saying it could limit activists rights. They also say that without such actions the public won’t see the conditions for animals on farms.

Ontario Pork chairman Eric Schwindt, quoted in CBC says there has to be a balance between protester rights and farmer’s rights. “If you’re on public property that’s fine. But we firmly believe that people shouldn’t be allowed to take our property or harass our families or employees.”