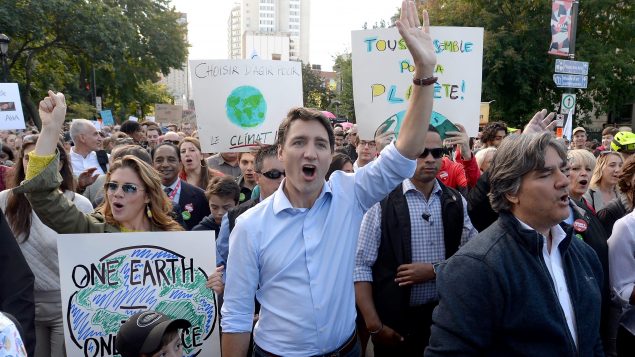 Trudeau, accompanied by his wife and two eldest children, was marching in the large crowd and waving at people when the incident happened.

Video footage showed Trudeau reaching out to someone in the crowd when suddenly members of his security detail jumped on a man and tackled him to the ground.

It appears the man was holding a carton of eggs in his hand, while some protesters were shouting, “No pipelines! No pipelines!” in an apparent reference to the Trudeau government’s decision to buy a controversial oil pipeline in Western Canada.

Trudeau was seen consoling his son seconds after the incident and the march continued uninterrupted.

The Royal Canadian Mounted Police (RCMP), which provides the prime minister’s security, has since confirmed one man was arrested.