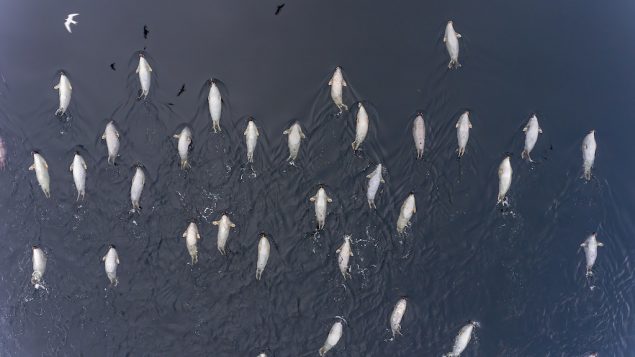 Skull of Harp Seals by Eldred Allen, 2018, inkjet print.An exhibition will present the works of 25 artists exploring the theme of land and territory. (Courtesy of La Guilde)

A new exhibition featuring the work of 25 known and emerging Inuit artists from Altlantic Canada is coming to Montreal in October.

Nunatsiavut — Our Beautiful Land will showcase more than forty artworks by established and emerging artists, and will include sculptures, paintings, photography, jewellery and crafts.

Nunatsiavut is an Inuit self-governing region in the northern region of the Atlantic Canadian province of Newfoundland and Labrador.

“Artists from Nunatsiavut have, until very recently, been hidden from the spotlight that shines on Inuit art in Canada,” said Heather Igloliorte associate professor of Indigenous Art History at Montreal’s Concordia University in a news release on Friday. “Left out of the early initiatives that supported the development of today’s thriving contemporary Inuit art ecosystem, Nunatsiavummiut artists living far from urban centres have been hindered from sharing their talents with the world until recently.”

La Guilde, which hosts the event in partnership with Concordia University and Air Borealis, says it will be the first time a Montreal art exhibition exclusively features artists from Nunatsiavut. 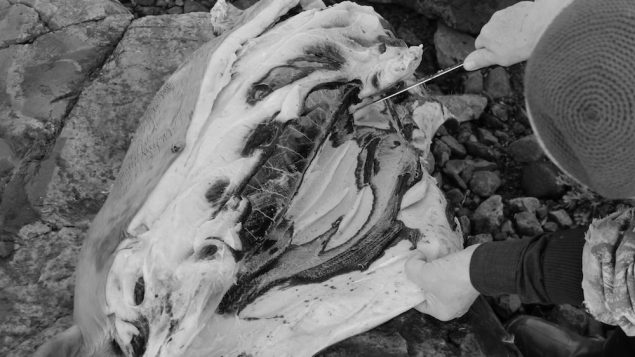 In this exhibition, the artists explore the theme of land and territory, and what “Our beautiful land” means to them. 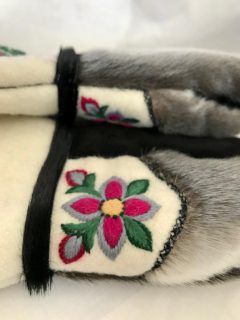 Some used local materials, sometimes combining tradition and modernity, “while others demonstrate interest in themes like tradition, colonization, environment and climate change,” the news release said.

The exhibition aims to increase the visibility of Inuit artists from the Atlantic Canadian province of Newfoundland and Labrador.

It follows a previous exhibition curated by Heather Igloliorte entitled SakKijâjuk: Nunatsiavut Art and Crafts in 2015. This previous exhibition was the first to exclusively showcase the artistic production of this community, allowing people to discover its distinct history and ancestral knowledge passed down from generation to generation through the arts, language and tradition, said the news release.

Nunatsiavut — Our Beautiful Land opens on Thursday, October 3, 2019, at La Guilde (1356 Sherbrooke St. West). It will be open until 10 p.m. as part of the first iNuit Blanche, a gallery crawl celebrating Inuit art and culture in downtown Montreal. The one-night event will happen in various venues in the context of the 21st Inuit Studies Conference (ISC) which will take place from October 3 to October 6, 2019.

The exhibition lasts until November 24.