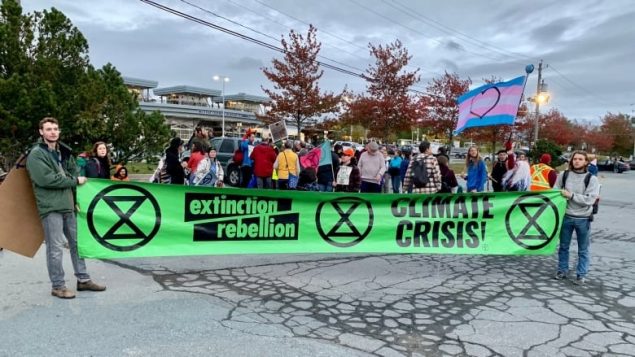 A few dozen climate change protesters were at the Dartmouth bridge bus terminal this morning, preparing for the march to the Macdonald bridge. (Paul Palmeter/CBC)

As planned, climate activists have begun cross Canada action in a controversial move claimed to raise awareness about global warming and climate change.

Similar actions have already taken place this morning in the U.K, where many arrests have been made.

As the morning commute gets underway in Halifax and Toronto, groups claiming to be associated with Extinction Rebellion, have begun blocking bridges in Halifax and Toronto, with blockages also planned for Vancouver on the west coast as their day begins in that time zone. A group will also block a bridge in Victoria during the afternoon homeward commute. 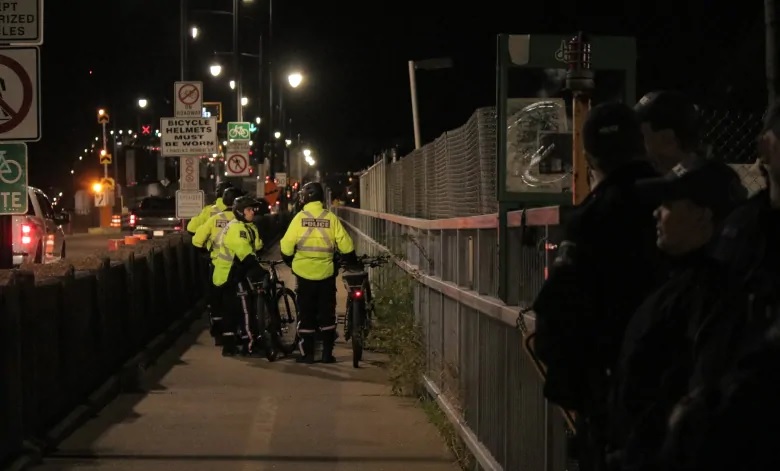 Police on bicycles gather on the Dartmouth side on the Macdonald Bridge early this morning in preparation for a climate action protest. (David Irish/CBC)

In Halifax, traffic is now being diverted from the blocked Macdonald bridge to another bridge. These bridges are major arteries and thousands will be inconvenienced. For example well over 40,000 commuters use the Macdonald bridge daily.

Traffic jams and backed-up vehicles and longer routes around detours will result in much greater vehicle emissions than usual. 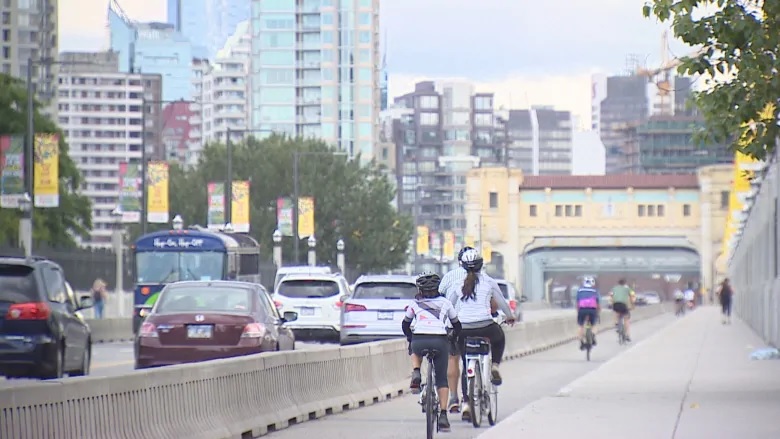 Climate protesters with the group Extinction Rebellion say they will shut down the Burrard Street Bridge in Vancouver starting at 8:30 a.m. Pacific time. (Jon Hernandez/CBC)

Extinction Rebellion was founded in the U.K. in 2018 and has staged a number of civil disobedience actions at time bringing London to a standstill. Since then associated groups in cities around the world have staged similar events.