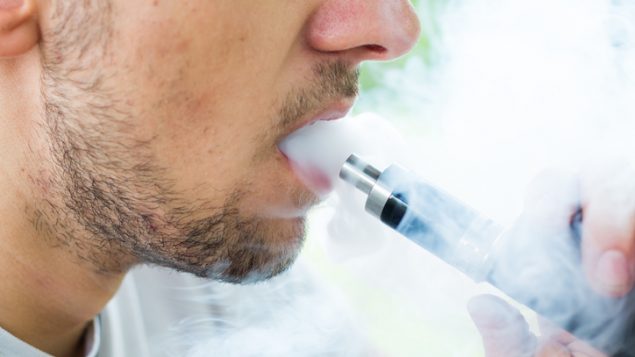 There has been a dramatic increase in youth vaping in Canada, sparking concern among health organizations. (iStock)

In light of a recent report from the Mayo Clinic in the U.S., the Canadian Cancer Society is calling for urgent action and regulation of vaping.

Over 1,000 people have developed a sudden respiratory illness and at least 16 have died in the U.S. In Canada, there have been two reported cases of illness linked to vaping.

After conducting lung biopsies, one of the Mayo researchers said the illness seems to be a kind of chemical injury similar to that caused by exposure to toxic chemical fumes, poisonous gases or toxic agents. More research is needed to monitor illness and to determine why it’s happening. 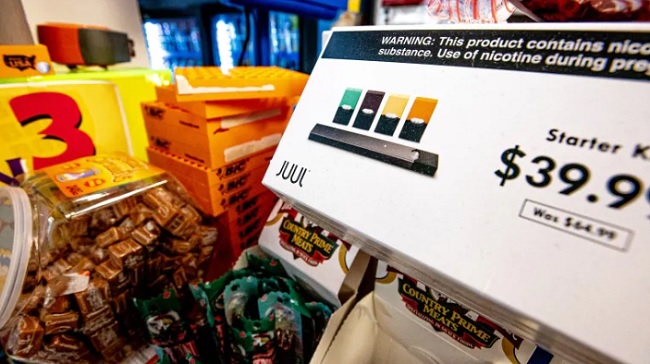 Advertising for vaping products is seen near the candy at a convenience store in Toronto. (Craig Chivers/CBC)

Rate of youth vaping shoots up

There has been a dramatic increase in youth vaping in the U.S. and Canada. Canadian rates went up 74 per cent between 2017 and 2018 and are expected to continue to go up.

“We should be taking action to prevent that,” says Rob Cunningham, a senior policy analyst with the Canadian Cancer Society. “There’s a series of measures that federal and provincial governments could do to reduce youth vaping. That’s why two weeks ago, national health organizations urged all political parties commit during the current federal election campaign to adopt measures to reduce youth vaping.”

Among the measures, Cunningham says governments should restrict flavours in e-cigarettes and restrict advertising which is now widespread appearing on radio, tv, social media, and in convenience stores and gas stations. He adds that the European Union has restricted the nicotine concentration in e-cigarettes to a maximum of 20mg/ml. Some products in Canada have almost triple that amount, making them more addictive.

“So, there’s a lot more that can be done,” says Cunningham. “It is a very serious situation. There’s an urgent need for action by both levels of government and we’re hoping that’s going to happen.”