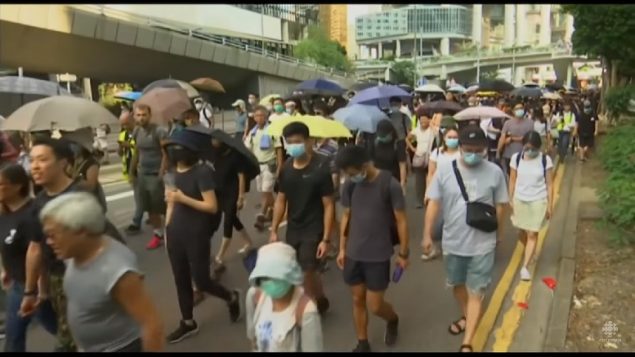 While many of the marches have been peaceful such as this demonstration against the new "no mask" law, that is seldom the case as the government gets increasingly disturbed by ongoing pro-democracy demonstrations. (via CBC

Tensions and protests continue in Hong Kong. They originally began this summer as a protest against a proposed law to allow extraditions to mainland China,

Well over a million people would block the streets, but even as the proposal was withdrawn, protests continued to push for democratic reforms and against an emergency law banning face masks, presumably to allow police to better identify people for future arrests.

Hong Kong’s unelected Chief Executive. Carrie Lam has now invoked the possibility of asking the Chinese military to intervene to end the four months of demonstrations, vandalism and violence. 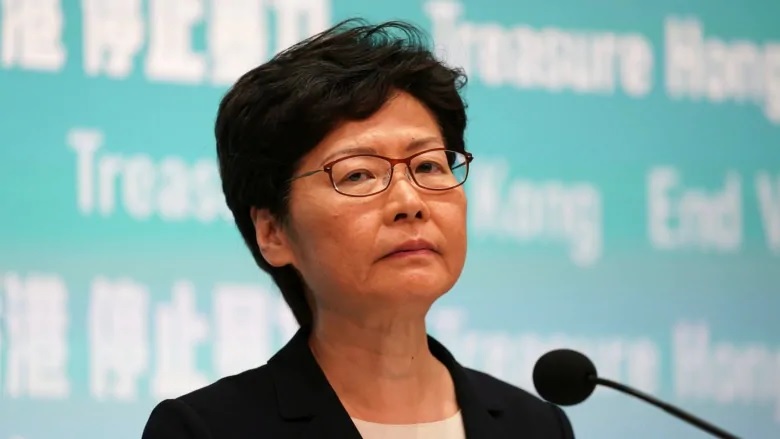 Honk Kong’s appointed chief executive, Carrie Lam, has now hinted she may call in the Chinese Army to deal with demostrations if they continue.(Vincent Thian-Associated Press)

Cheuk Kwan suggests that at least some of the violence and damage is due to agents-provocateurs who have infiltrated the demostrators to exacerbate the need for intervention.

He also claims Chinese police have been placed among the Hong Kong police, that China is sending mainlanders to live in Hong Kong to help influence political opinion, and that people have begun “disappearing” with parents told to keep quiet about it as was the case with the Tienanmen Square massacre. 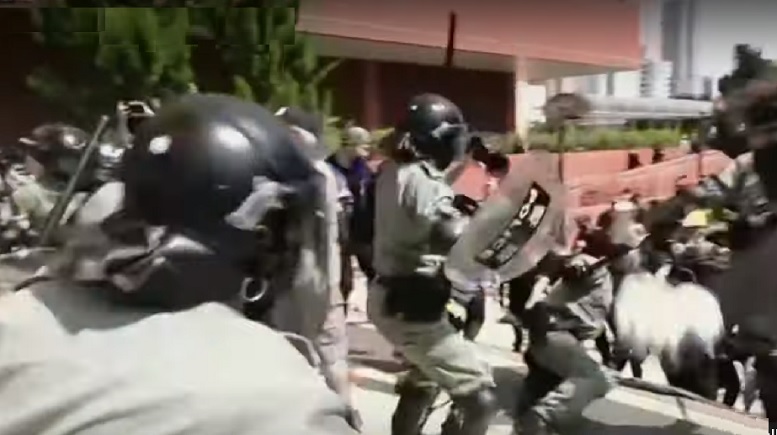 He also believes that if China’s military came onto the island, they would not leave and that could be the end of the relative freedom Hong Kong enjoys.

He feels that China cannot allow Hong Kong to have indepence and democratic reforms over fears it could spread to other areas like Taiwan and Tibet. 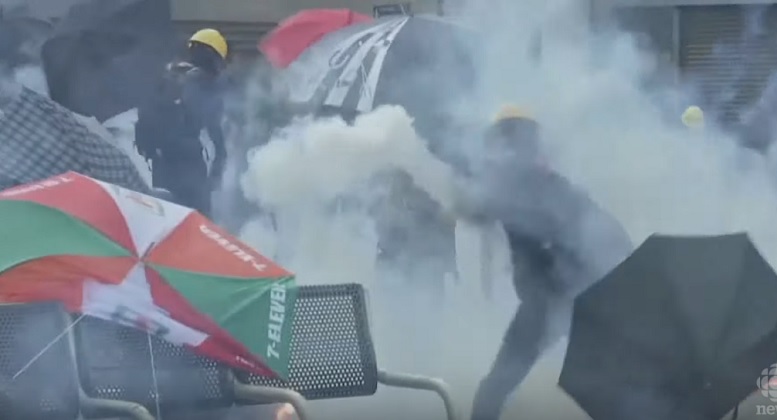 Tear gas filled clashes between protesters and police have been getting more violent as the protests continue. There is some speculation that vandalism and other violent acts are being carried out and encouraged by agents provacateurs to incite government crackdown and perhaps military action by China (cia CBC)

He feels that China would be prepared to sacrifice the region’s status as a world financial hub through an occupation. He says China would easily gamble that after being upset for a few years, the “west” would come back seeking a return to the entry point into China’s huge market.

He adds that the way things are transpiring, he does not feel optimistic about the future for the semi-autonomous region.