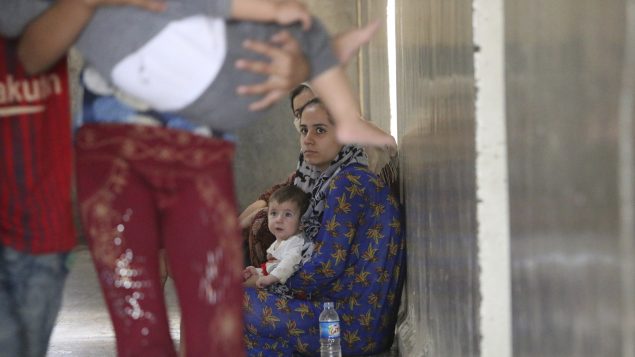 Women and children wait for food in a school turned shelter in Hasakeh, northeastern Syria on Oct. 11, 2019. Food insecurity was a widespread problem even before Turkey attacked. (Alan Ali/WFP via AP)

Even before the Turkish offensive, there were 860,000 people wholly dependent on humanitarian aid in northeastern Syria, and now, the situation is worse. In the first days of shelling and air strikes, four children were killed and nine injured in Syria, and seven children died on the Turkish side of the border, according to Save the Children Canada. Now, people in Syria are fleeing southward and some children have been separated from their families.

“It’s very chaotic,” says Bill Chambers, president and CEO of Save the Children Canada. “It comes on the back of an already difficult circumstance. And it’s not clear at all where it will end.”

Some aid has left

Some humanitarian organizations have left the area because of the dangerous circumstances. But Save the Children is working to set up shelters and provide for basic needs along the escape routes. It is also working to reunite children with their families and, where that’s not possible, to provide for their needs and protection. 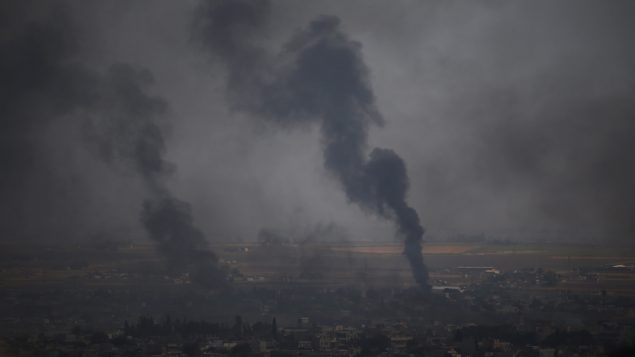 “The dangers are multiple,” says Chambers. “The first danger, of course, is being hit by bombs which is why we are calling for a cessation of hostilities and at the very least, measures to be taken to minimize the impact of hostilities on civilians.” Chambers says Turkey should stop using explosive weapons in civilian areas and he says that children are particularly vulnerable to explosive weapons.”

There are said to be more than 20 children, mostly under the age of eight, in two camps who were born in Syria but are of Canadian nationality. Other countries like Italy, Germany and Denmark have repatriated their own young citizens. The Canadian government says it has contacted Kurdish authorities about its children but it is not clear whether it plans to extract them or just gather information, says Chambers.

“They are Canadian citizens and, at that age, they are innocent. They’ve lived, so far, a dreadful life. They have the rights of all Canadians and they should be brought home.”

The UN Special Envoy for Syria has called for a cessation of hostilities between Turkish troops and Kurdish fighters saying the world is “extremely alarmed by the humanitarian consequences of the crisis.”

With files from Associated Press.

Bill Chambers describes the chaos created by the Turkish offensive in Syria and the particular vulnerability of children. (YouTube)
Categories: International, Society
Tags: Canada, children, humanitarian, Save the Children, Syria