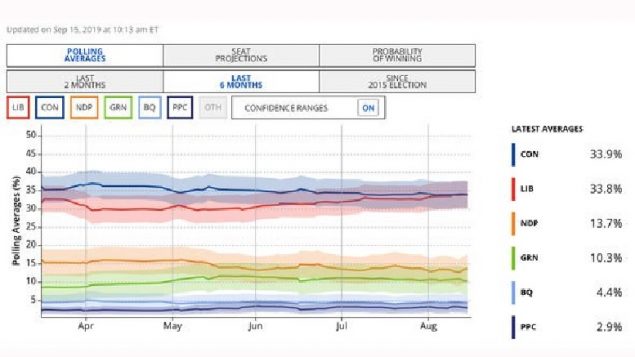 Political polls: What influence might they have on actual outcomes?

With Canada’s federal election this year, now only days away, pollsters have been busy for months canvassing Canadians from across he country surveying their opinions and voting intentions

The media loves reporting on opinion polls, political parties love them and watch them closely, and sometimes both might commission them. The polling firms love them of course, but as they turn elections into something akin to sports competitions, what actual influence might they have, if any, on the outcome?

According to Professor Loewen, for all the vast sums spent by various groups, media outlets, and political parties, the average Canadian pays only a passing interest in them.

While he says the polls may have some slight influence on individuals actual voting intentions, if at all,  it would likely be in the area of what others say are their issues of concern and perhaps collectively what the population is leaning toward. 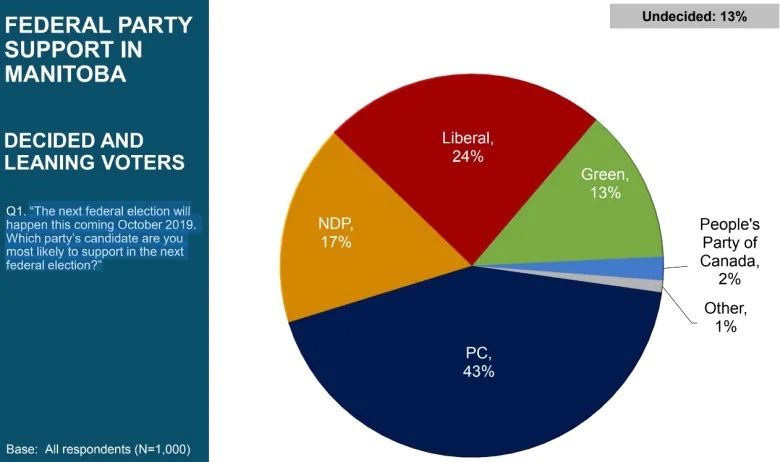 Survey results, like this one for the federal election voter intentions in Manitoba, can be presented in a variety of ways from graphs, to pie charts, tables, and sometimes can be quite confusing. (Probe Research via CBC)

In fact he says just reporting on who’s leading in the polls, like a horse race, is not really useful to voters and the media would serve better by focusing more on those issues Canadians say are of concern, and on politicians plans to deal with the concerns.

He says with technology today it is easy for polls to be done, but it’s not so easy to ensure they’re done accurately and with integrity

He also says people should note how questions are framed in the polls as that wording can influence responses and results. This is especially important for the media reporting on polls in their own stories, and he says polls and reports on the issues are what can really inform the electorate.