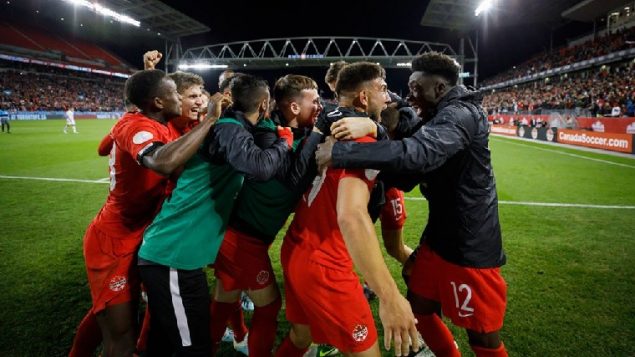 Canada midfielder Alphonso Davies looks at forward Lucas Cavallini as they celebrate Cavallini's goal during the second half against the United States, in Toronto. (Cole Burston/CP)

In a 34 year stretch of CONCACAF competition, the Canadian men have been much more than an annoyance to their American rivals in their 17 fixtures and certainly never beaten them, until last night.

The Confederation of North, Central American, and Caribbean Association Football (CONCACAF) was formed in 1961 and now has 41 members including Guyana, Suriname, and Martinique and is the third most successful of the six continental associations affiliated with FIFA.

Last night, the young Canadian team blanked the U.S. 2-0 in a shocking upset.

After thwarting American offence throughout the game, the first goal came in the 63rd minute from 18-year old Alphonso Davies who was born in Ghana but raised in Edmonton who now is a member of the famous German team Bayern Munich and a star of the team. He made a well-timed charge from the left side to hammer home a Scott Arfield pass across the goal to lead the Americans 1-0..

The insurance goal came from substitute striker Lucas Cavallini with a beautiful long shot at one minute into extended time. 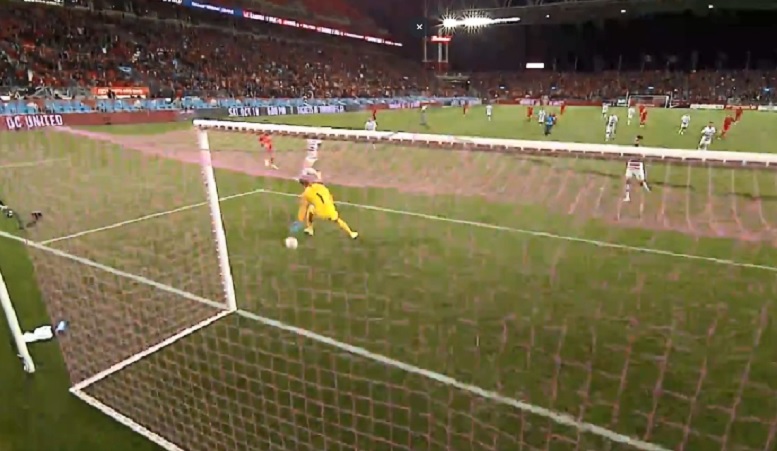 The over 17,000 fans at the Toronto stadium were ecstatic at the win, which coach John Herdman credited to the young team’s desire as much as the tactics.

Canada picks up 18 points in FIFA World rankings. These are used to determine the six teams who will fight it out for the three and a half regional spots for entry to the 2022 World Cup in Qatar.

Meanwhile in CONCACAF, the U.S and Canada in the Nations League Group A will meet again in round 2 next month in Orlando Florida . Canada would only need a tie to advance to a spot in the semifinals.