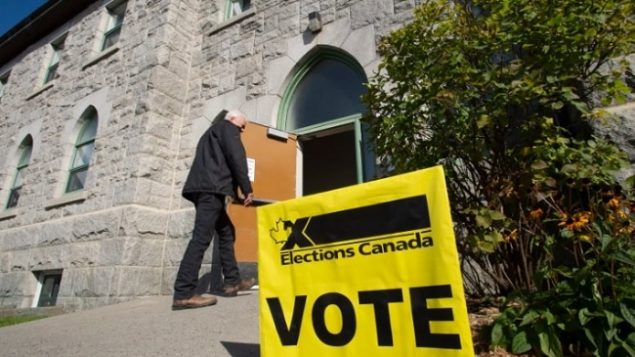 Some people had already voted in advance polls Oct. 11-14, 2019. But most are voting today. (Jacques Boissinot/Canadian Press)

Canadians voting for a federal government

Canadians are voting in a federal election today. The country is so big there are several different time zones. Each zone has its own 12-hour period during which the polls are open and people must vote in the area in which they live. An exception is being made for people who had to evacuate their homes due to a major snowstorm in the western province of Manitoba.

Electors usually receive a voter information card in the mail. It gives them the address of their polling station, usually located in a school, a place of worship or community building. People who have not received this card can find their polling station by using their postal code to search on the Elections Canada website or they can call the toll free number, 1 800 463-6868.

Electors need to bring some form of identification that proves who they are and their address. This can be a document such as a driver`s licence. If they have their voter information card then a recent utility bill or bank statement will do.

If electors are not already registered, they may get same-day registration at their polling station. 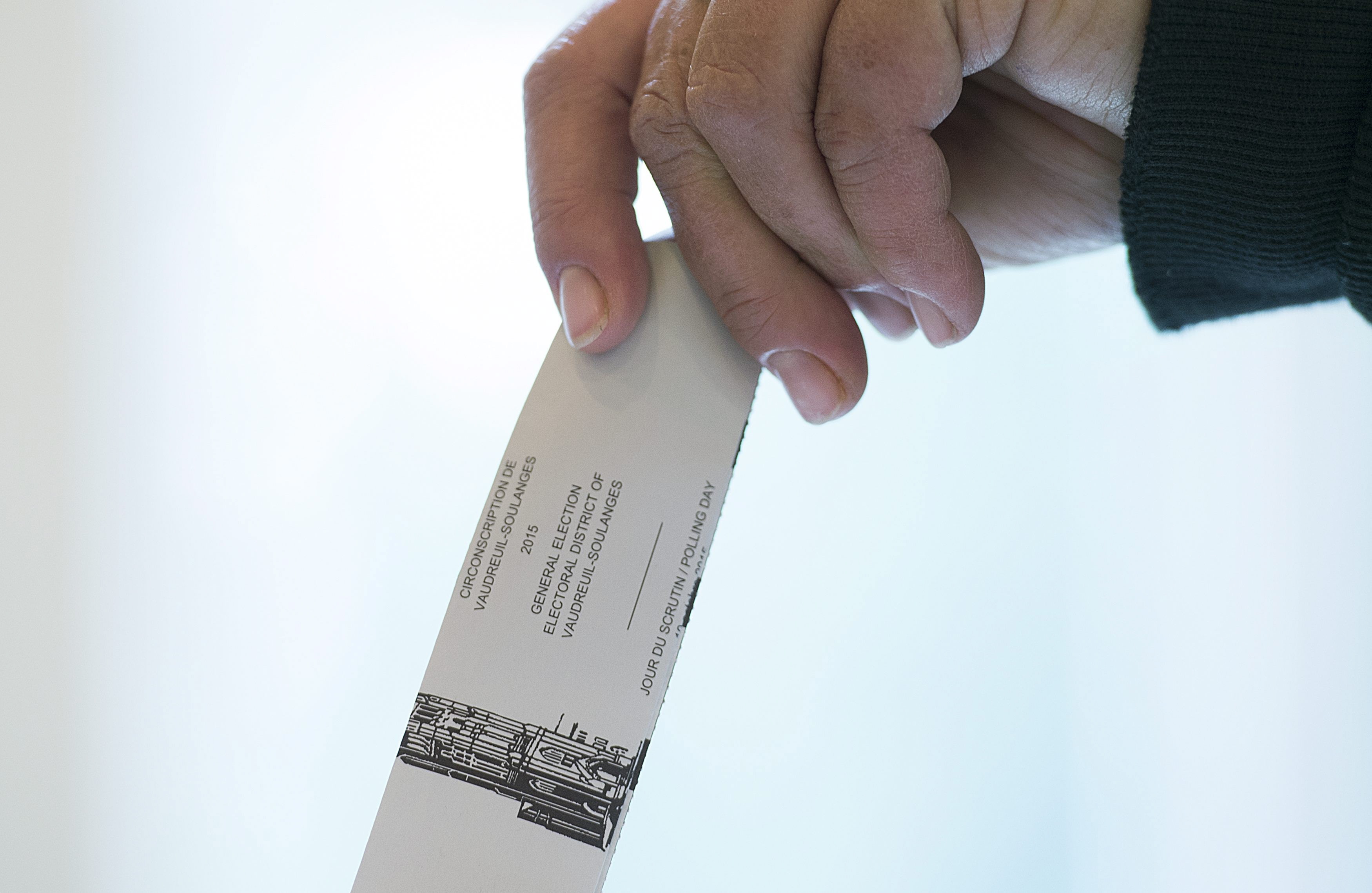 Canadian vote with paper ballots, a system considered more secure than electronic voting such as is used in the U.S. (Graham Hughes/The Canadian Press)

By law, employers must ensure employees have at least three hours to vote. Where workers have long shifts, they may be allowed to come in later or leave earlier.

Because the country is so large and has so many time zones, there may be results coming in from eastern Canada before electors have had a chance to vote in the westernmost province of British Columbia.

Voters must be 18 years and older.

Elections Canada is warning voters to ignore any calls, emails or tests that claim their polling station has moved. There have been such fraudulent calls in the past and Elections Canada says it would not send this kind of message.

It would only move a polling station in the event of an emergency such as a fire. Also, selfies are not allowed inside polling stations. In fact, no picture taking is allowed. News media may take pictures from outside the doorways.

Elections in Canada are generally peaceful.