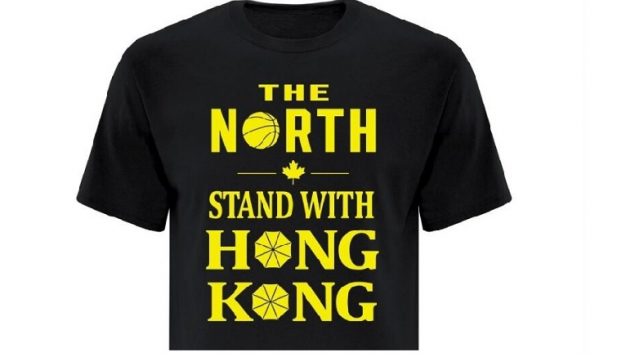 The shirts given out to Raptors basketball fans last night by a pro-Hong Kong democracy group. (TheNorthStandWithHK

The pro-democracy movement in Hong Kong has spread to North American professional basketball.

The recent pro democracy tweet from an NBA manager a seeming counter tweet from a star player, and a word from the National Basketball League itself distancing itself from the affair has done nothing to calm the dispute between China, the NBA, and pro- Hong Kong democracy basketball fans. China has blocked out broadcasts of NBA games over the affair.

Last night at the season opener in Toronto, which was also a celebration night for the NBA champion Toronto Raptors, the Torontonian HongKongers Action Group handed out thousands of free T-shirts to fans heading in to the game. 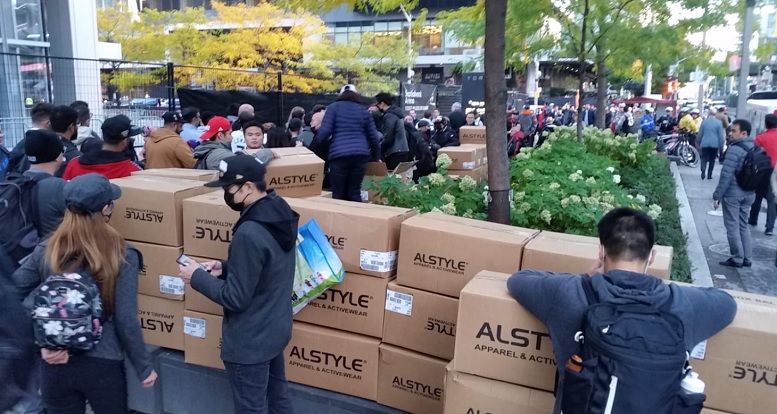 Thanks to a “GoFundMe” campaign the pro-democracy group handed out about 7,000 of the T-shirts (THKAG_CAN twitter)

The group had started a GoFundMe campaign  to raise $28,000 to buy and print the shirts but the fund greatly surpassed the target at $34,000. 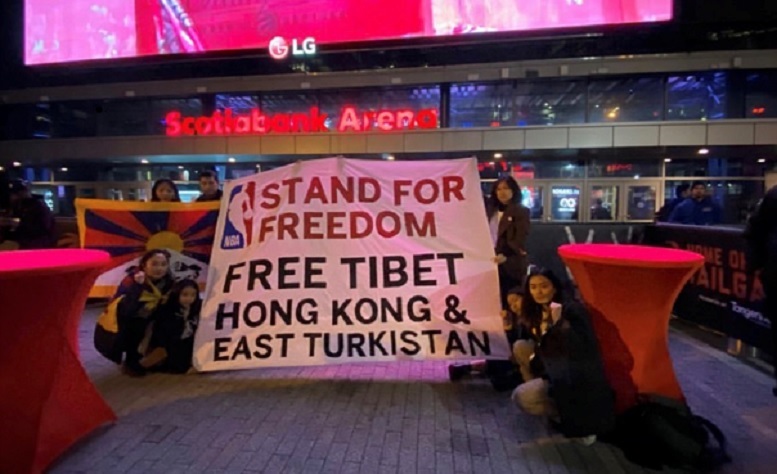 Also present at the Raptors opening game were advocates for China to leave Tibet. (supplied)