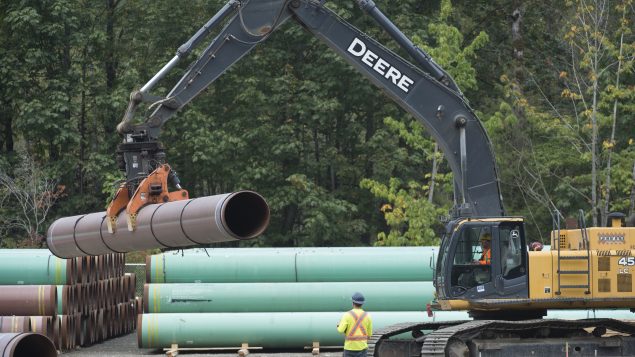 Prime Minister Justin Trudeau says completing the expansion of the controversial Trans Mountain Pipeline project “as soon as possible” remains one of the top priorities of his minority government as he seeks to reassure voters in Alberta and Saskatchewan that he takes their concerns seriously.

The Liberals were completely shut out of Alberta and Saskatchewan in the Oct. 21 federal election amid mounting anger in the energy-rich provinces over their climate policies that are seen by many voters as a direct attack on their livelihoods and Western Canada’s energy sector. 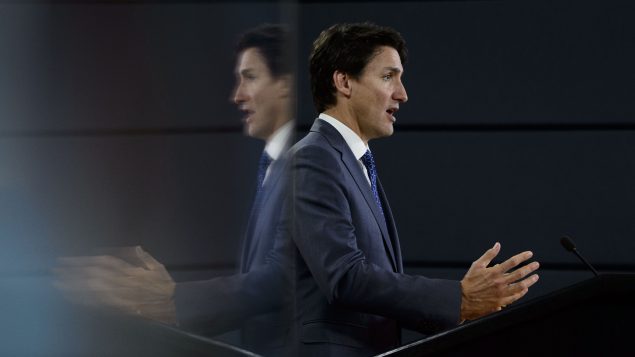 Trudeau said people in Alberta and Saskatchewan have faced “very difficult years” because of the ongoing slump in global commodity prices compounded by the lack of pipelines to export Canadian crude to world markets other than the United States.

“Right now and for too long we have been selling our natural resources to the United States at a discount,” Trudeau said. “And that doesn’t serve anyone, it certainly doesn’t serve the transition and investments in clean energy and fighting climate change that take resources, that take money to be able to do.”

Trudeau has faced criticism from environmentalists, the Green Party, the New Democratic Party and the Bloc Québécois for his decision to purchase the floundering pipeline project, while being slammed by the Conservatives and the oil industry for not doing enough to get the project completed.

“We put in place measures that allowed that project to move forward by doing more for the environment, more for the oceans protection, better partnership with Indigenous Peoples because we need to get our resources to markets other than the United States in a safe and secure way, and that’s what the Trans Mountain Pipeline will do,” Trudeau said.

The federal government will then be able to invest all profits from the pipeline into green energy and fighting climate change, he added. 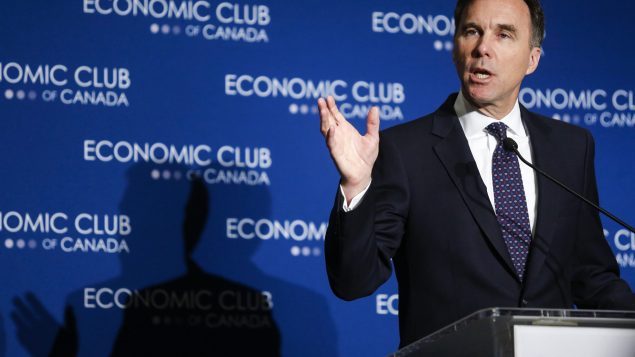 Finance Minister Bill Morneau addresses an Economic Club of Canada breakfast in Calgary, Wednesday, June 19, 2019. The Liberal government expects to get $500 million a year out of the expanded Trans Mountain pipeline and is promising to spend it all on cleaner sources of energy and projects that pull carbon out of the atmosphere. (Jeff McIntosh/THE CANADIAN PRESS)

However, it’s unclear how the Liberals, who are 13 seats short of a majority in the House of Commons, plan to move ahead with the pipeline project given the opposition from the NDP, the Greens and the Bloc Québécois.

The only other party that supports the pipeline expansion project are the Conservatives, but Tory leader Andrew Scheer was in no mood to help Trudeau on Wednesday.

Finance Minister Bill Morneau told The Canadian Press in an interview this week that the expanded pipeline is not fodder for negotiating with other parties in the minority government.

The Liberal government bought the existing pipeline for $4.5 billion in 2018, in a bid to overcome the opposition of the British Columbia government to the expansion.

Construction on the expansion is supposed to be done by the middle of 2022. The Liberal platform forecasted taking revenues of $125 million from Trans Mountain Canada in 2021-22 and then $500 million in each of the next two years.

Morneau said the plan is to eventually sell the pipeline back to the private sector and all of the revenues from the sale will then go to clean energy development and other climate change action projects.