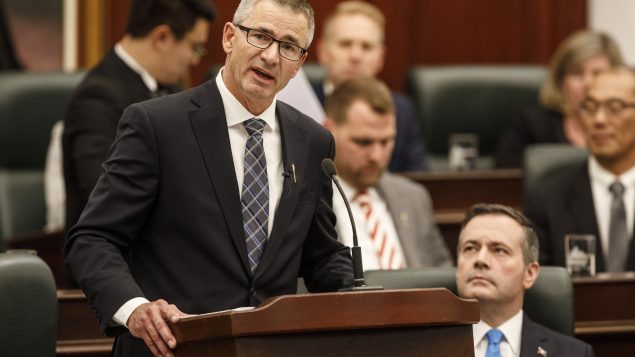 “It has been decades in this province since we’ve actually seen a budget that has resulted in a reduction in operation spending,” Finance Minister Travis Toews told reporters during a news conference Thursday.

Toews said the government will make additional cuts if global conditions change or the landlocked province isn’t able to access new pipelines to export its oil to world markets other than the United States.

“We’re committed to balancing the budget in four years,” Toews said. “But should circumstances change, we will adjust accordingly.”

Alberta, which has been hit hard by the global downturn in commodity prices and lack of pipeline capacity, is projected to end the 2019-20 financial year with an $8.7 billion deficit, up from $6.7 billion for 2018-19.

The government intends to cut the size of the nearly 28,000-member public service by 7.7 per cent by 2023, mainly through attrition, Toews said.

It will also abolish the tuition freeze on higher education, but will pour millions into programs to help people learn a new trade.