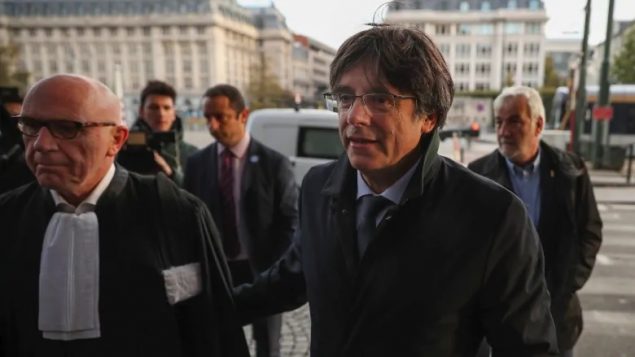 The leader of the Catalan separatist movement in Spain has been officially denied entry to Canada.

Carles Puigdemont, fled Spain after the wealthy autonomous region of Catalonia voted for independence from Spain in 2017. The Spanish government declared the independence vote was a violation of the Spanish constitution and the leaders of the independence movement were arrested, although Puigdemont managed to flee the country.

Living in exile first in Germany and now in Belgium, Puigdemont has been living under the threat of an international arrest warrant issued by Spain.

A Quebec separatist association, the Societe Saint-Jean Baptiste (SSJB) had issued an invitation for him to come on a speaking tour in the province to discuss independence issues. 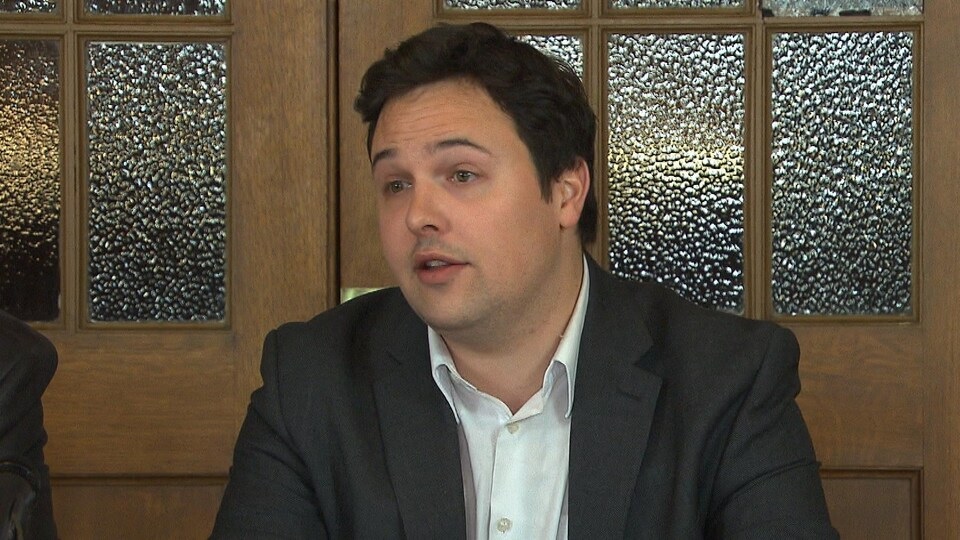 The Quebec separatist movement SSJB had invited Puigdemont to speak in Canada. SSJB president Maxime Laport accuses Canada of bein undemocratic by refusing the entry of the Catalan separatist, Radio-Canada

Several months ago Puigdemont had applied for the Electronic Travel Authorisation required for Europeans to travel to Canada. After months of delay the ETA was refused yesterday by Canada’s immigration officials in Paris on the grounds of the criminal charges against him in Spain.

The leader of the SSJB, Maxime Laporte reacted angrily through a long statement beginning with “Shame, shame on Canada”.  Additionally, the separatist Parti Quebecois, and the much smaller socialist separatist party, Quebec Solidaire, both indicated their displeasure at the decision. 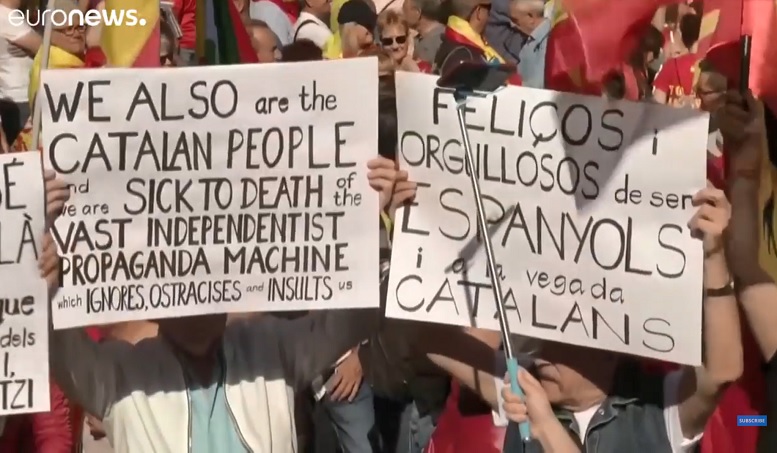 In Spain, a large peaceful pro-independence march in support of jailed Catalan leaders resorted to violence on Saturday night, On Sunday thousands (shown here) then turned out for a pro-unity march to show that not all Catalans are for independence. A recent poll shows Catalonia is split almost evenly for unity, and for independence (Euro News)

The Premier of Quebec, Francois Legault, who leads the ruling Coalition Avenir Quebec expressed surprise at the refusal and said he would like an explanation for the refusal from the federal government.

Puigdemont’s lawyer said that the federal immigration minister could have intervened, and also in telephone conversation with a Radio-Canada reporter, wondered if political pressure from abroad may be involved in the Canadian refusal.  Stephane Handfield he has been instructed by Puigdemont to launch an appeal to the entry refusal in Canada’s Federal Court.

The travel document refusal for the Spanish separatist and reaction comes ironically almost to the day when Quebec held a referendum on sovereignty and narrowly lost on this day, October 30, 1995