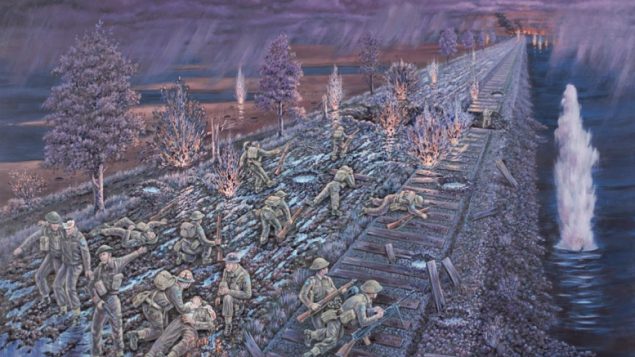 Painting of the Walcheren Causeway fighting by Robert Johnson who fought there. (Calgary Highlanders Museum and Archives)

Canada History: Oct 31, 1944; The vicious battle for the Walcheren causeway

By October of 1944 Canadians had fought their way from the Normandy beach to the French interior, then along the Atlantic coast through Belgium, capturing German rocket sites and all of it bitterly defended by hardened German troops. After fighting through Normandy through to Caen, the Verrieres Ridge and being instrumental in closing the Falaise gap, the Canadians were given a new assignment. By the end of the month, they had to attack Walcheren Island.

But there was only one very narrow access point, a killing zone, 1.2km long, straight as an arrow. and just wide enough for a rail line, a road, and a bicycle path.

Peter Boyle (C.D) describes the battle. He is president of Valour Canada, and holds the rank of LCol in the Canadian Forces Reserves.

Under the command of Canadian General Harry Crerar, the Canadians with British and Polish troops, had fought through Flanders  liberating cities like Furnes, La Panne, Nieuport, Ostend, Knocke-Heist, Bruges, Eecloo, and the northern suburbs of Antwerp, taking the Schipdonk and Leopold canals, Breskens and Beveland in Holland

Aerial view of the long narrow causeway. Almost 2 kilometres long, no cover, and heavily defended with sighted guns. tidal mud flats on either side. The causeway no longer exists as the land on either side has been reclaimed and the former island joined to the mainland to now become an isthmus, (via Calgary Highlanders Museum and Archives)

In costly battles to take the south shore of the estuary, Canada’s 3rd division had lost over 2,000 men. 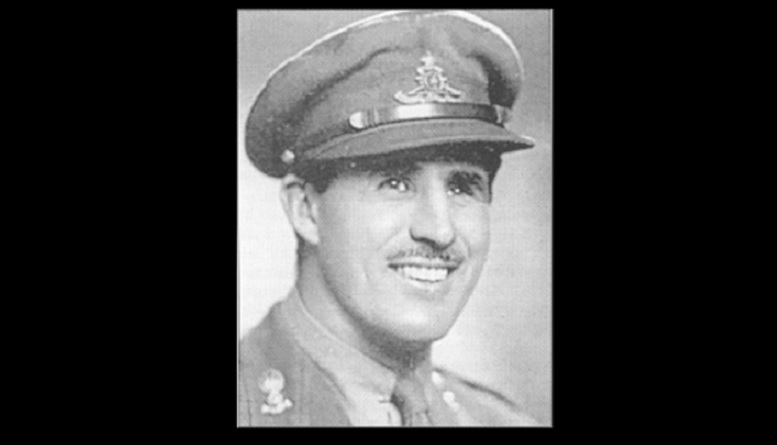 Maj George Hees was an artillery staff officer who volunteered to go to the Walcheren battle and take over A Company, He was wounded in the arm but stayed in command. (RMC club)

Now the Black Watch (RHR Montreal), the Calgary Highlanders, and the Regiment de Maisonneuve (Montreal) were assigned an almost suicidal task.  They had to take the fortified Island. 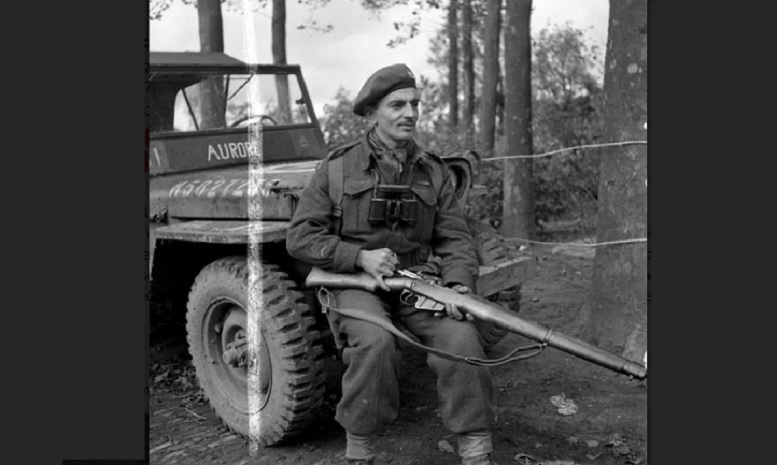 The island was a strategic point defending the Scheldt Estuary leading to the vital Belgian port of Antwerp. As long as Walcheren with its heavy guns was in German hands, the port could not be used by the Allies to deliver desperately needed supplies. 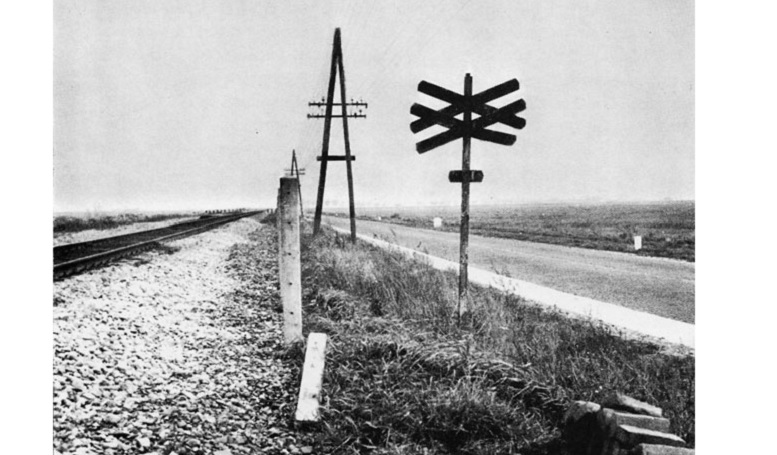 Looking eastward down the causeway from the island, tidal mud flats at right . 1.6 km with virtually no cover from German bullets and artillery 1946 (DND)

Sent forward across the killing zone of the causeway amid shot, shell, and deadly splintered stone fragments,  Canadians somehow managed to eventually cross and briefly hold the far end but could not advance from this untenable position. The bitter fighting continued in a stalemate but kept the defenders preoccupied until British forces managed an amphibious landing at Westkapelle on the Atlantic side and Vlissingen (Flushing) at the mouth of the estuary attacking from behind and forcing the Germans inland.  With Canadians to the east and south, and British to the west, the defenders surrendered by November 8. 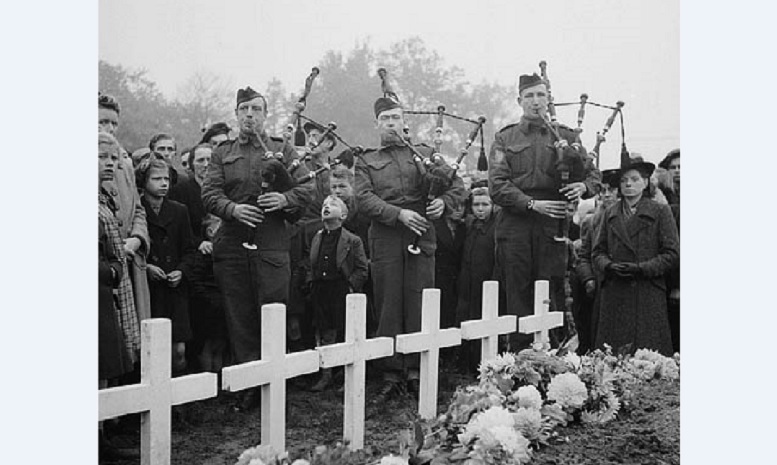 -Pipe Major H. McDonald, Piper D.W. MacDonald and Piper W.J. Hannah at the burial of 55 infantrymen of “A” Company, The Black Watch (Royal Highland Regiment of Canada). October 1944 in the Netherlands. ( Credit: Library and Archives Canada)

The battle is remembered by all three Canadian regiments as a battle honour and example of extreme courage.