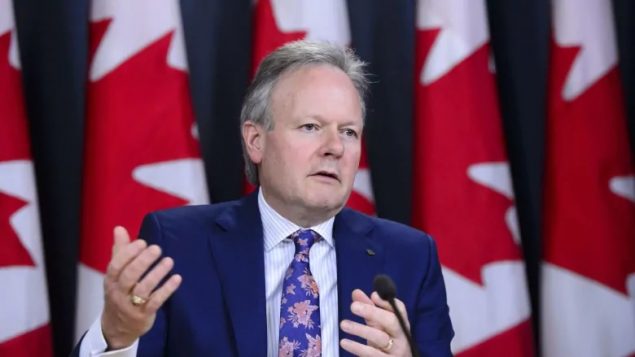 Unlike other countries like the U.S. which has cut lending rates, Canada’s central bank today announced it would hold steady and maintain its lending rate at 1.75% in spite of a worldwide weakening of global economy.  Indeed, since the last Canadian bank rate announcement in July, some 35 countries have eased monetary policies in the face of weakened growth.

The move was not unexpected as the Canadian economy is also holding relatively steady with inflation close to targets at around two per cent. However in its statement Bank Governor Stephen Poloz warned that Canada isn’t immune to the world pressures and slowing economic situations. 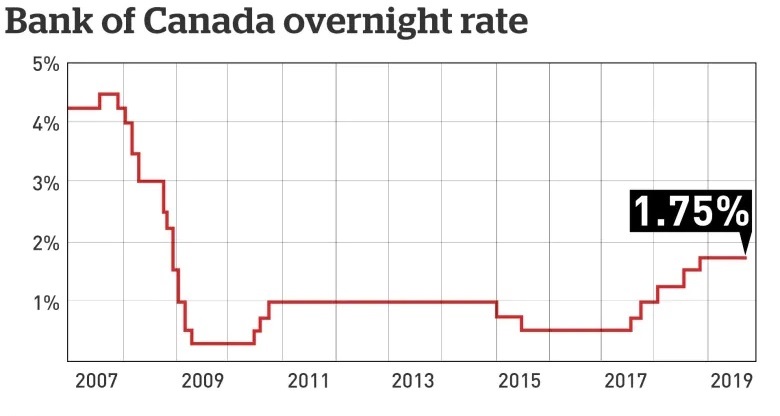 The Bank of Canada lending rate has held steady since late last year through several announcements at 1.75% (CBC)

While the Bank has estimated the Canadian economy will grow by 1.5 per cent this year, 1.7 per cent in 2020 and 1.8 per cent in 2021 but at the same time said “growth in Canada is expected to slow in the second half of this year to a rate below its potential”.

While the housing market is picking up and employment is showing continued strength the bank also indicated that business investment and Canadian exports will be lower and that “the resilience of Canada’s economy will be increasingly tested as trade conflicts and uncertainty persist.”

It is this last phrase and a general sense of cautious wording that leads many analysts to predict a rate cut could be likely when the central bank makes its next announcement on December 4. 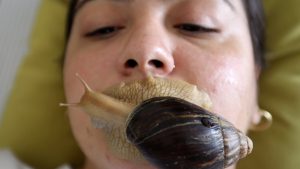 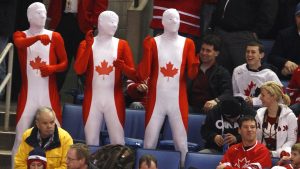