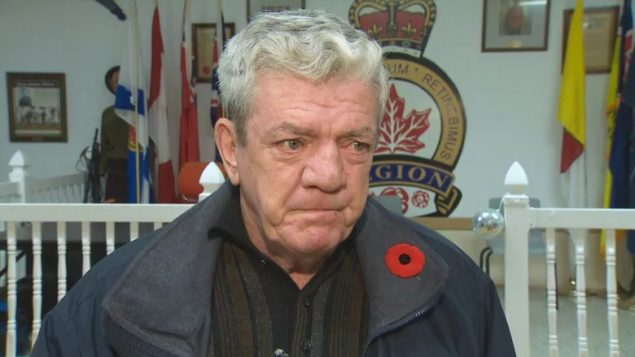 Clarence Dawe served in the Canadian Forces in the 1960s and is a former president of the Royal Canadian Legion Nova Scotia/Nunavut Command. He was outraged that the elementary school would eliminate a 92 year old tradition (CBC)

Perhaps the administrators thought they were making a “modern” decision. It didn’t sit well with many in the community.

Administrators at Jubilee Elementary School in Sydney Mines, Cape Breton, said they wanted to make the annual Remembrance Day commemoration “more inclusive” by eliminating the Remembrance prayer for their November 6 event., which takes place prior to the public commemoration on the official November 11 date. Remembrance Day is a time given to reflect, remember, and honour those men and women in the armed forces who gave their lives in the cause of freedom in various, wars, conflicts and peacekeeping missions.

The reaction to the decision to exclude the prayer was swift. Veterans were angered all across the country. Veterans say the move wasn’t inclusive at all but instead excluded them.

One veteran of the Afghanistan war and parent of a student at the school said he had a difficult time explaining to his young son why he was crying regarding the decision.

Clarence Dawe served in the Canadian Armed Forces in the 1960’s and is also former president of the Royal Canadian Legion for Nova Scotia Nunavut Command. He was outraged at the decision to end the 92-year tradition of the Remembrance prayer.

Quoted in the CBC he said, “Our men and women who fought overseas took prayers every day”, adding, “Padres, chaplains followed them right into battle. That’s what kept them going.”

The local vice-president of Branch 8 of the Legion. Mel Birmingham, said the move was “truly disrespectful”. 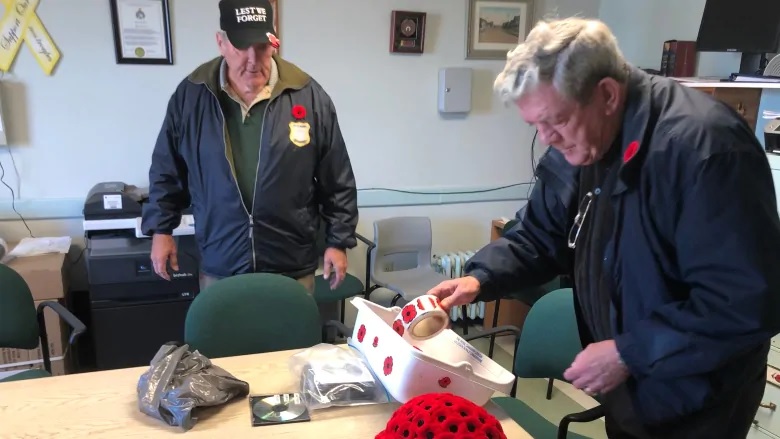 Mel Birminghan, left, and Clarence Dawe, right, were angered over Jubilee Elementary School’s decision to remove a prayer from the Remembrance Day ceremony at the Sydney Mines, N.S., school. They had planned a prayer reading outside the school with veteran members and supporters from several Legion branches had the decision not been reversed  (Brent Kelloway/CBC)

One day after the story hit the news, the school backtracked on the decision. The principal phoned the local legion yesterday morning to say a prayer would be included after all.

Legion members said that had the reversal not come, they would have held a prayer in front of the school and that members of other Legion branches had planned to join them.