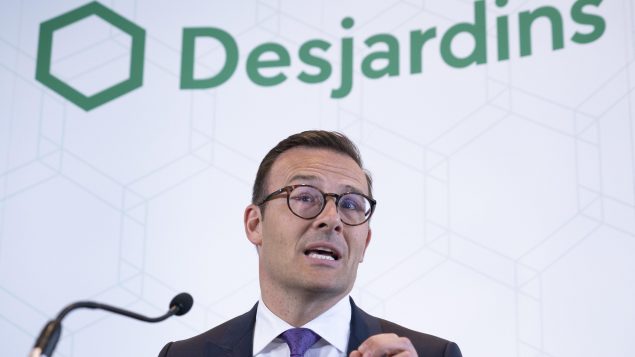 The credit union initially said the breach affected around 2.7 million people and 173,000 businesses, more than 40 per cent of the co-operative’s clients and members. Desjardins’s website says they have 7 million members and clients.

Desjardins said in June that unauthorized use of internal data by an employee led to breach of personal information, including social insurance number, address and details of banking habits.

Quebec securities watchdog, the Autorité des marchés financiers, said on Friday that it had been advised by police that the leak was more significant than originally announced, calling it a “very serious situation.”

“We’re not announcing a new breach,” Guy Cormier, president and CEO of Desjardins Group, said Friday at a news conference in Montreal. “This is an update on the same breach perpetrated by a malicious individual.”

The credit union said Quebec’s provincial police force, the Sûreté du Québec (SQ), informed them Thursday that the number of credit union members affected by the theft of their personal data had grown to 4.2 million “individual members.”

“There is no information at this time about whether or not more business members have been affected,” Desjardins said in a statement. “As of now, according to the information shared by the SQ, there is still only one suspect who worked at Desjardins who is linked to this privacy breach.”

Desjardins is offering members a five-year credit monitoring service from Equifax, paid for by the co-op.

“Since the privacy breach was first announced, we’ve made it clear that we intended to enhance the Desjardins identity protection service,” Cormier said in a statement.

The credit union has not seen any spike in fraud cases, either before or after the privacy breach was announced on June 20, Cormier said.

Desjardins is the largest federation of credit unions in North America, with outlets across Quebec and Ontario.

With files from Reuters, The Canadian Press and CBC News