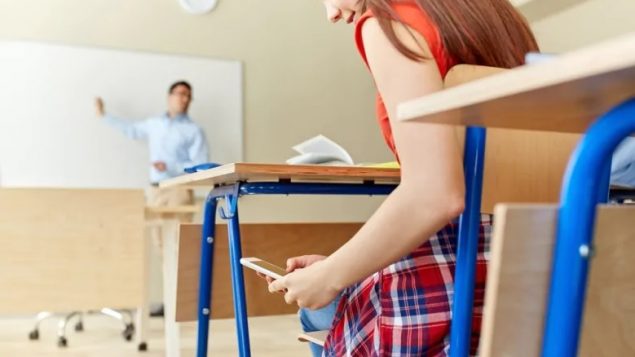 Most educators say cellphones in class are a distraction and disturbance and hinder learning. Canada's most populous province, Ontario, has now instituted a ban in class unless needed for a lesson (Shutterstock)

Announced by the Ontario government earlier this year,  students in the provinces classrooms will not be allowed to use their mobile phones in class.

The exceptions are if they’re needed for part of a classroom lesson, or for special needs and health reasons.

The government says during consultations about the idea in 2018, there was close to unanimity from teachers, parents and even students that the devices should be restricted in some way, all because of the distractions they can cause, both for the user and those nearby.

Ontario Education Minister Stephen Lecce released a media statement just prior to the ban coming into effect on Monday. In it he wrote, ““Our government heard clearly from parents and educators about the growing challenge related to distracted students in the classroom. When in class, students should be focused on their studies and not on social media,” he wrote.The cellphone restrictions coming into force on Monday is another step forward in providing a focused and academically-enriched learning environment for our students.” 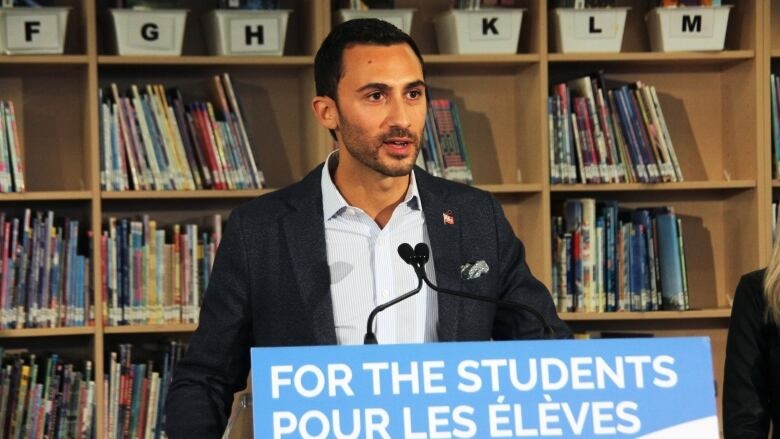 Education Minister Stephen Lecce: ““The cellphone restrictions coming into force on Monday is another step forward in providing a focused and academically-enriched learning environment for our students.”. (Kate Bueckert/CBC)

While some schools had already instituted similar restrictions, the government directive now makes it province wide.

Some critics and teachers however have said enforcing it in a class of some 30 students while teaching lessongs is difficult. Thierry Karsenti, Canada Research Chair on information and communication technologies (ICTs) in education is another with doubts about the policy, He says schools have a duty to educate and teach responsibility and a ban won’t do that. 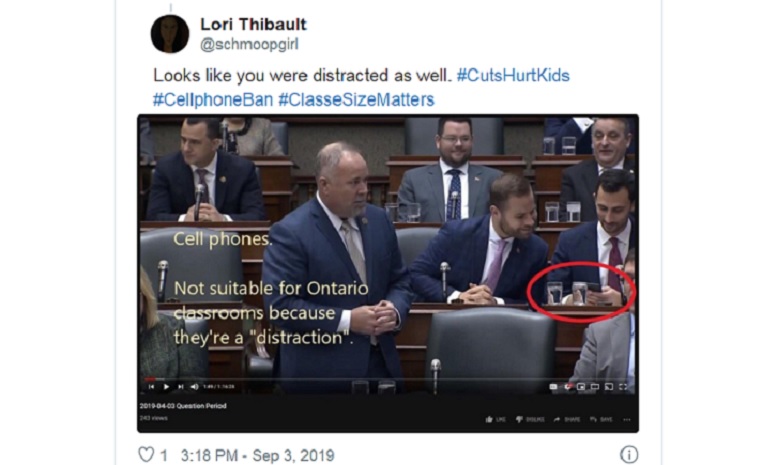 Seeming to prove his point about cell phone distractions, Lecce was caught using his cellphone and distracting at least two others during a session of the provincial parliament (Lori Thibaulr -Twitter)

At least one Montreal school has gone somewhat further, While Ontario students can still use their devices on their free time, such as during lunch, St. Thomas High School in the western end of Montreal island requires students to turn off their phones and leave them in their lockers for the whole day.

“I want to make sure that kids remain absolutely focused on the subject matter, on learning, and remove the impediments to learning in the class.”