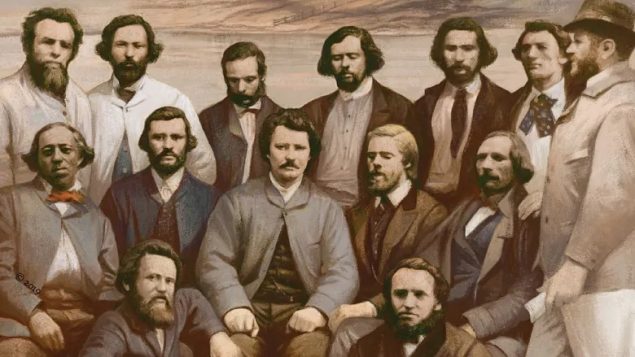 The new stamp, designed and illustrated by Gérard DuBois, is based on an 1848 lithograph of Fort Garry by Henry James Warre and an 1870 photograph of Louis Riel and his provisional government. (Canada Post)

A new stamp honouring Louis Riel and the resistance he led 150 years ago to protect Métis people was issued Wednesday in Manitoba.

The resistance began in the fall of 1869 with a confrontation between unarmed Métis and land surveyors paving the way for an arrival of settlers.

Following negotiations with the provincial government led by Riel, it ended the following year with the creation of the Manitoba Act of 1870. 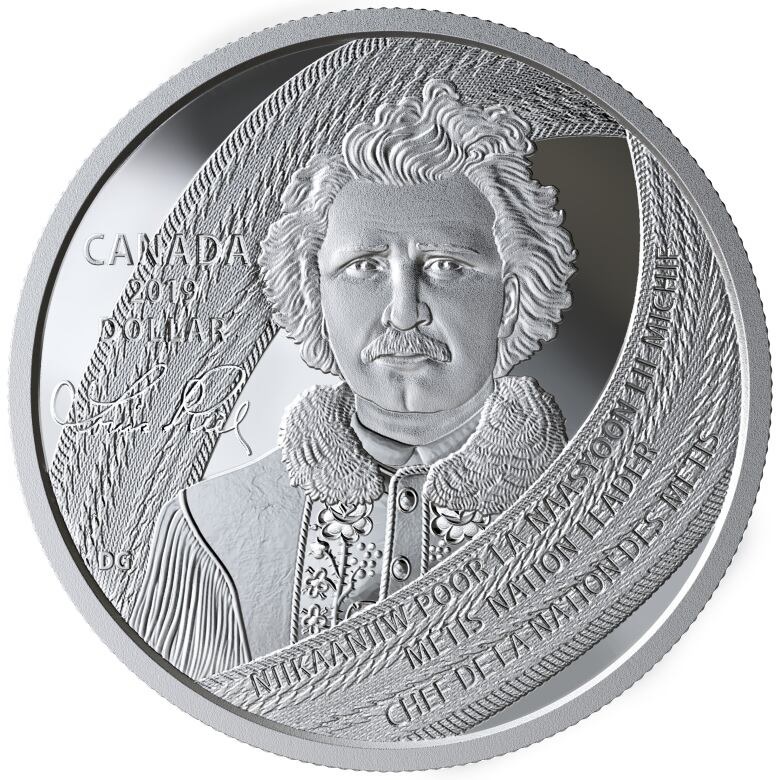 The stamp features Riel and his provisional government councillors with an image of Upper Fort Garry in the background.

It’s the second time in less than a month that Riel has been honoured.

The  Royal Canadian Mint issued a new coin featuring Riel’s portrait on Oct. 22, the 175th anniversary of his birth.

It’s the first coin ever to be engraved in Michif, the official language of the Métis nation.

Riel, who was born in St. Boniface, Man.,was 25 when he emerged as the Métis leader.

He was later hanged as a traitor, but in 1992 the federal government officially recognized him as the founder of Manitoba.

His supporters say he should be formally acknowledged as a Father of Confederation.