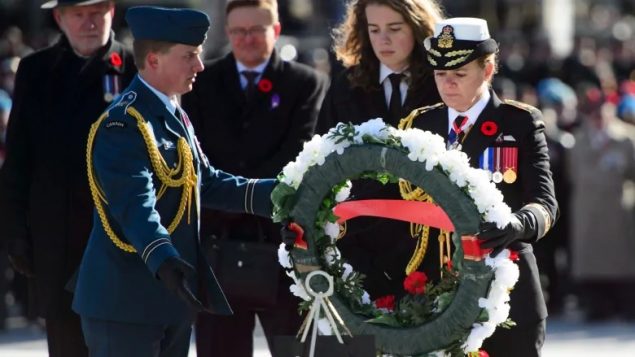 Gov. Gen. Julie Payette, right, places a wreath with her son, Laurier Payette-Flynn, during Remembrance Day ceremonies at the National War Memorial in Ottawa last year. A new poll shows more Canadians are likely to attend ceremonies this year as attendance continues to increase across the country. (Sean Kilpatrick/Canadian Press)

Remembrance Day ceremonies likely to see another increase this year

More and more Canadians are attending Remembrance Day ceremonies every year and it appears this coming Monday, Nov. 11, will be no different.

A new survey suggests that more than 41 per cent of Canadians plan to attend ceremonies honouring fallen service members on Monday. 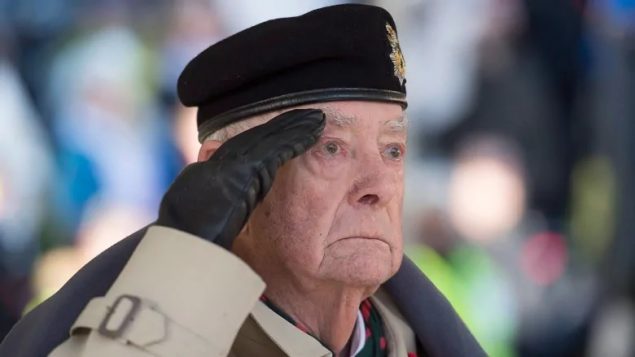 The online survey, conducted by Ipsos and commissioned by Historica Canada, also indicates that 88 per cent of Canadians believe it is important to attend such events while Second World War veterans are still alive. 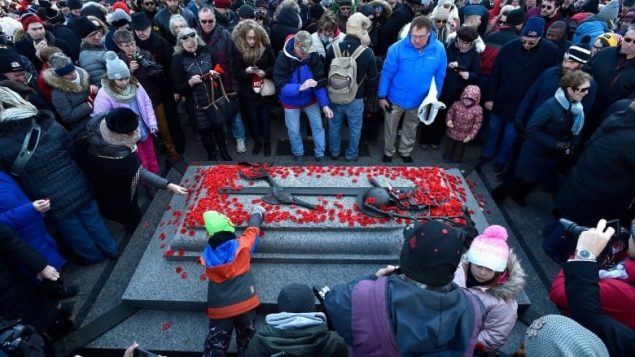 “We’re aware now that even the youngest of those who served in World War ll–75, 76 years ago–are now in their mid-90s. The number of those who served, who used to be so common in every community, is really diminishing, ” Historica CEO Anthony Wilson-Smith told the Canadian Press news agency.

“The day is coming soon when they won’t be with us, and I think Canadians collectively feel that this is our time to say thank you.” 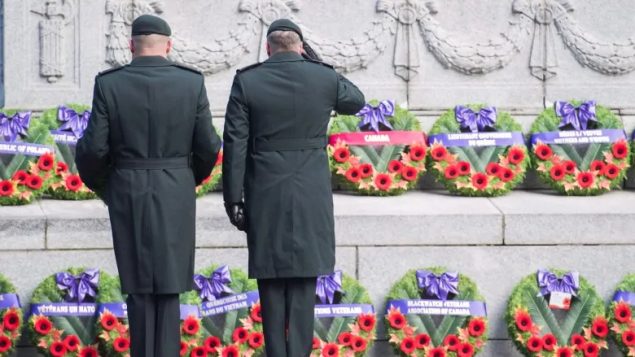 According to Veterans Affairs Canada, more than 45,000 gave their lives and another 55,000 were wounded during the Second World War.