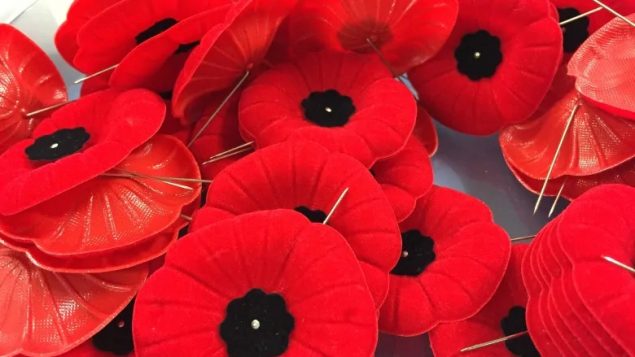 Donations are accepted by the Royal Canadian Legion for their Remembrance poppies. A new telephone scam claiming to be from the Legion has been reported to get credit card numbers from unsuspecting victims ( Victoria Dinh-CBC)

The red artificial poppies are handed out by members of the Legion or other volunteers in return for a small donation. The funds collected are used by the organisation in various services to support veterans and their families in need.

The annual campaign begins about two weeks before the November 11th date of Remembrance, but no sooner had it began than the Legion office in Vancouver received word that a telephone scam had begun.  The scammers were phoning people claiming to be from the Legion and asking for credit card information to make a donation, something the Legion never does. 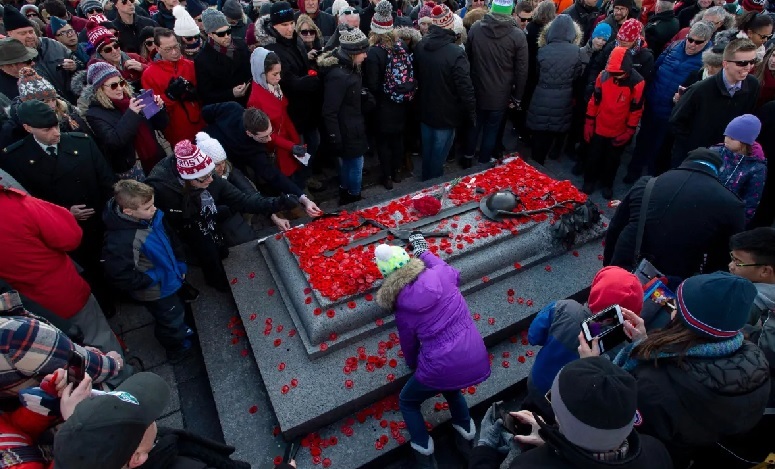 Often poppies and donation tins of containers are left at the counters of convenience stores so people can show their support of veterans, make a donation and take a poppy.

While every year petty thieves will snatch a couple of the donation boxes somewhere across Canada, in Alberta fake donation tins have been spotted with a poppy symbol between two maple leaf symbols and a fake phone number.

While the Legion was issued a copyright for the red poppy in 1948 to ensure it would not be used for commercial or personal gain, they are now expressing concern about the rise of poppies in different colours and who is benefitting from the donation money.

A white poppy campaign exists to symbolize pacifist sentiments, purple poppies remember the service animals such as horses and dogs that died in war, and in the U.K, apparently rainbow poppy has been seen related to remember gay and lesbian veterans and members of the military. 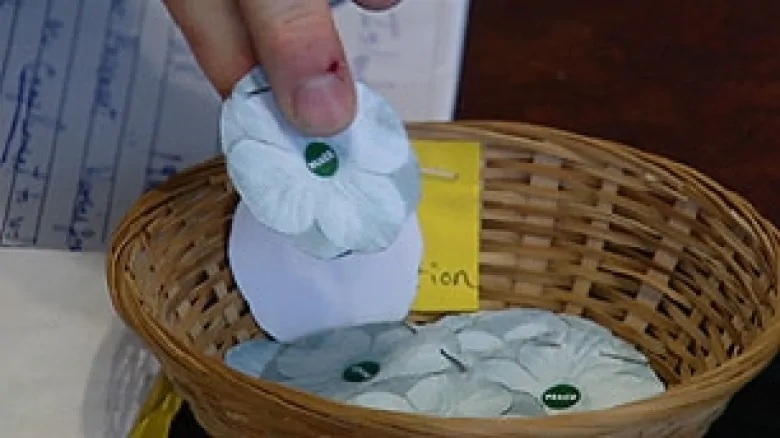 White poppies are sold to indicate a pacifist sentiment (CBC)

Meanwhile a new national survey by the Angus Ried polling agency has found that about 80 per cent of Canadians feel more should be done to honour our veterans.  The survey found one in four will attend Remembrance services on Monday, while another roughly equal number said they might attend.  This is similar to another recent survey by the IPSOS polling firm. The Angus Reid poll also said that as time passes, the oral history of veterans is slowly being lost.