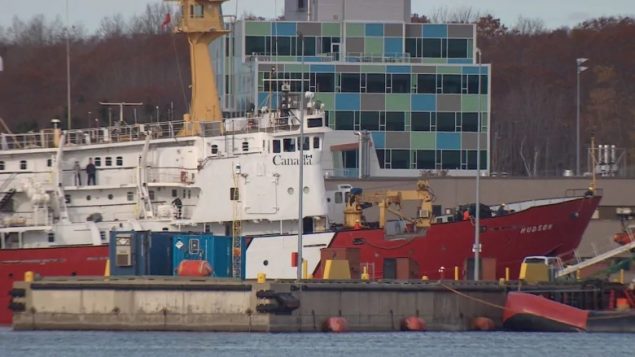 The 56-year-old CCCG Hudson normally carries out offshore Atlantic Zone Monitoring Program surveys, but she is unavailable this year because a vessel life extension refit had to be extended. (Robert Short/CBC)

For those who believe in omens, this is not a particularly good one as Canada tries to move forward to put a sharper focus on climate change, something for which–at least up to now–it is not receiving particularly good marks.

CBC News’ Paul Withers reports that Fisheries and Oceans Canada has confirmed it has been forced to cancel a core oceanographic survey to monitor climate change off the East Coast because it could not find a ship capable of handling ocean conditions in the North Atlantic.

In years past, the survey that measures scientific data from water temperatures to blooms of microscopic organisms, has been carried out by the oldest vessel the Canadian Coast Guard’s fleet, the 56-year-old CCCG Hudson. 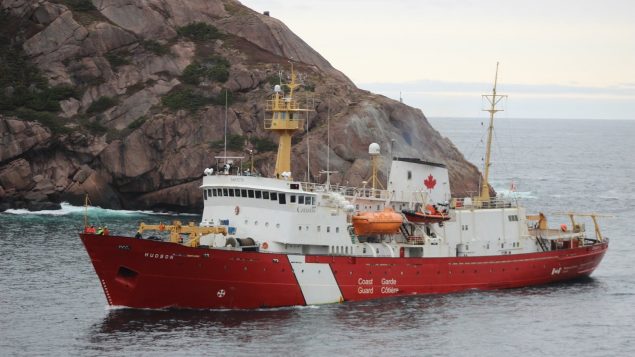 The Hudson has been in service since the early 60s. (CBC)

A year ago, the Coast Guard announced it was going to try to squeeze another five years of service from the aging Hudson and sent her for a $10-million refit.

But this spring, the refit suffered a setback when lead paint was discovered after other paint coatings were removed.

The Hudson would be unable to take part in its fall cruise, part of the Atlantic Zone Monitoring Program in the Gulf of St. Lawrence and off Nova Scotia, Quebec and Newfoundland and Labrador.

The missions take place twice a year and have been running since 1998.

Fisheries and Oceans Canada hired a private research vessel, Corilolis ll, but she was deemed unable to carry out the Maritimes region survey. 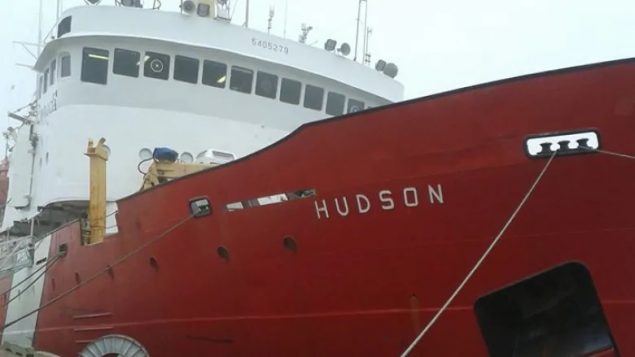 The Hudson will not be part of this fall’s Atlantic Zone Monitoring Program after lead paint was discovered under later coats during a refitting. (John Darrell David/Facebook/cbc. ca)

“Although the private vessel is a highly capable marine research platform, the conduct of the AZMP Maritimes region monitoring program in the spring of 2019 led us to conclude that the vessel might not be able to fulfil all fall monitoring program needs,” Robin Jahn, spokesperson for Fisheries and Oceans Canada, said in an email to CBC News.

“The department was unsuccessful in its search for another available research vessel to fulfil the fall 2019 program when weather and ocean conditions are more variable.”

The government hopes to have the Hudson back in service in the spring, but for the first time since it began 21 years ago, the Maritimes fall survey has been cancelled.

With files from CBC (Paul Withers),