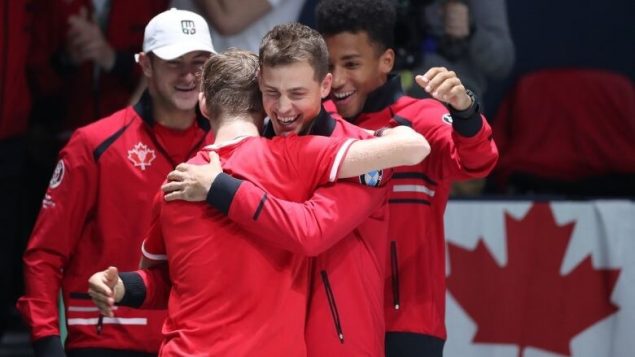 Entering play at the revamped Davis Cup tournament in Madrid on Tuesday, Canada was lugging a 3-70 lifetime match record against the United States–a mark that had brought the Canadians zero victories against the Americans in 16 ties.

Canada is heading to the quarterfinals of the tournament after victories by 20-year-old Denis Shapovalov, the world’s No. 15, and 29-year-old Vasek Pospisil, currently ranked No. 150, over their American opponents.

It was Canada’s second straight victory–on Monday, the Canadians upset Italy–making them the winners of Group F.

They will now face Australia on Thursday.

What makes it all so unlikely is Canada is playing without their long-time No. 1, Milos Raonic, currently ranked World No. 31, and up-and coming hotshot Felix Auger-Aliassime, World No. 21.

Both Raonic and Auger-Aliassime are out with injuries, leaving things to Shapovalov, who has had a wonderful fall that has seen him rise in the rankings, and Pospisil, who has seen a once-promising career derailed by multiple injuries.

After finding his game at the U.S. Open when he defeated the No. 9 Karen Khachanov of Russia, Pospisil–like Shapovalov–has been on a roll, though on a lower level, winning two Challenger events. 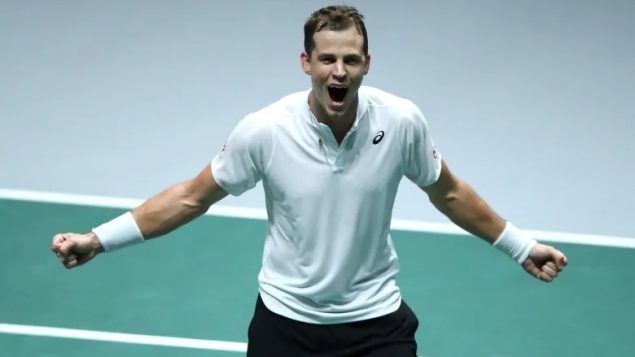 Vasek Pospisil celebrates his upset victory over Reilly Opelka of the U.S. on Tuesday at the Davis Cup Finals in Spain. (Clive Brunskill/Getty Images)

The six group winners plus the two second-placed teams with the best records based on percentage of sets won (followed by games won), qualify for the quarter-finals.