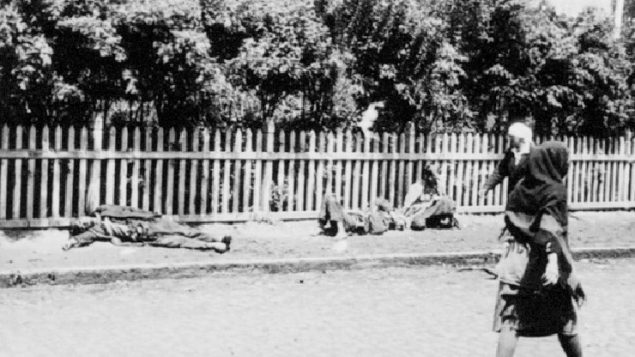 The Canadian who exposed the Holodomor

Rhea Clyman was her name, a ground breaking woman in so many historic ways, yet few have heard of her, few remember.

Self-taught and absolutely daring, this young Canadian woman from a poverty stricken background, became a foreign news correspondent at a time when such a thing for women was almost unheard of. She was also the first western journalist to expose the forced starvation in Ukraine that killed millions

Jars Balan, Director Canadian Institute of Ukrainian Studies University of Alberta, came across her remarkable story and is writing a book about her.

As a very young child, she lost part of her leg in a streetcar accident. Later as a child working in a factory to help support the family, she improved upon a limited school education with self-study. In the 1920’s she moved to New York, then to London, then to Paris always hoping to work as a journalist. In 1928 seeing dissent in Germany as a possible career launch she moved to Berlin and saw Hitler’s first failed power grab.

Then at age 24, she left for Moscow. Within months she had learned enough Russian to get by on her own and as a freelance correspondent for the London Daily Express and Toronto Evening Telegram. 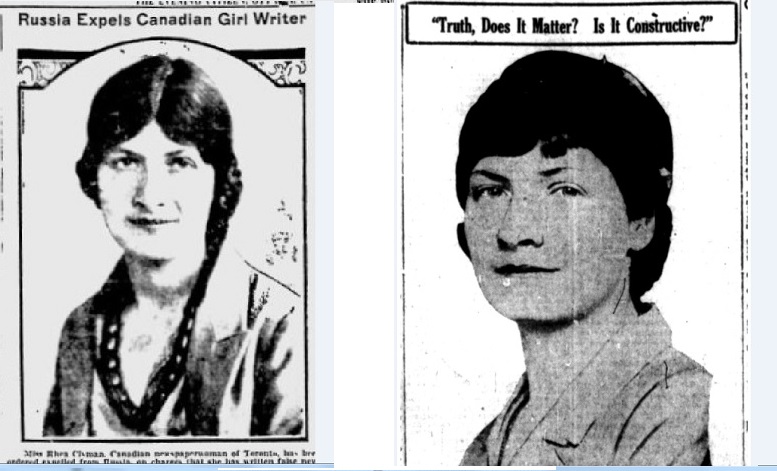 Two of the rare images of the remarkable Rhea Clyman,(L) Ottawa Citizen , (R) Toronto Evening Telegram, both published related to her expulsion from the the USSR

As with many young journalists at the time, there was an initial sympathy for the Communist ideals of equality and prosperity for all. Unlike most foreign journalists who travelled on whirlwind tours with interpreters who were instructed on what to show and how to explain it, Clyman lived with a Russian family, was able to travel on her own, and quickly experienced the daily hardships and the underlying institutionalised terror of Stalin’s regime. 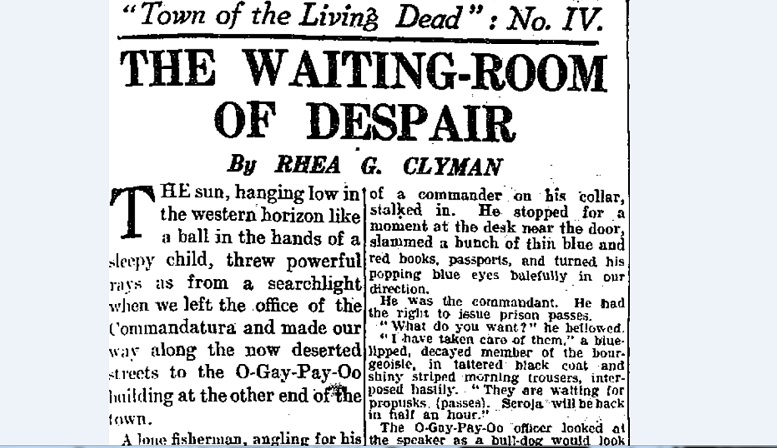 One of her articles of the hardships under the Stalinist regime. The O-Gay Pay Oo referred to is the OGPU secret state police.

Her reports on the terrible conditions and abuse of political prisoners in the Siberian labour camps brought her to the attention of the Soviet leadership. By 1932 her reports on the horrific Stalin-ordered famines in the Ukraine, were often in conflict with the less informed western journalists taken on propaganda tours.

It was those truthful reports that prompted the dictatorship to order the OGPU secret police to arrest and expel her on false charges of being a purveyor of what we would call today “fake” news. 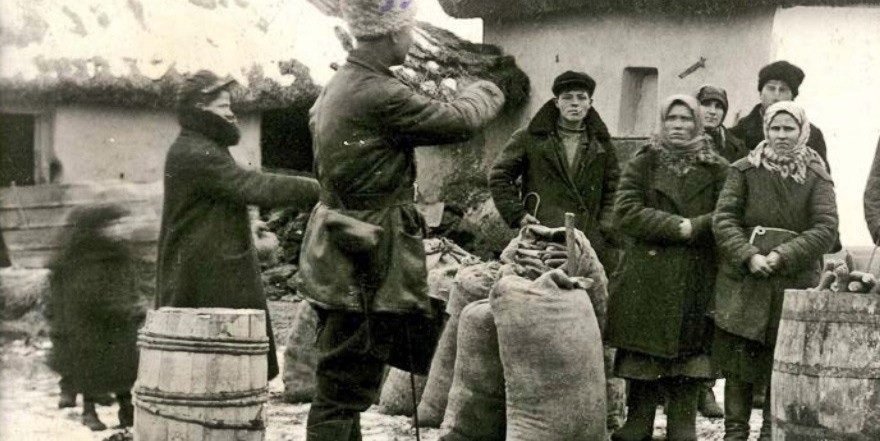 Soldiers confiscate grain from peasants in Novokrasne, Ukraine, in 1932 during the Holodomor. Canadian-born Rhea Clyman is considered the first western journalist to document the deliberate starvation of millions of Ukrainians by the Stalin regime. (Photo: history.org.ua)

Back in London, she was now much freer in writing articles exposing the atrocities of the Communist government and the lie that Communism was creating a new, better, and egalitarian society.

Later this young Jewish woman left for Germany again to document the rise of Hitler lasting through the rising antisemitism there, and the annexation of Austria and of the Sudetenland. 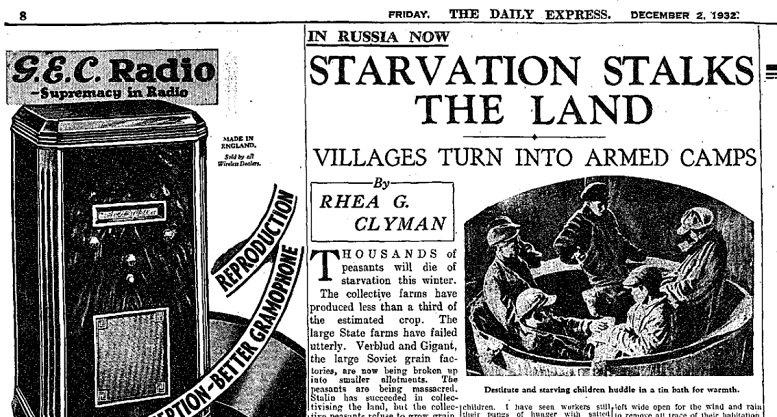 One of the survivors of a deadly air crash which was ferrying refugees out of Germany, she moved to Montreal as a Canadian correspondent for the London Daily Express. By 1942 she moved to New York and her story starts to fade. She died there, mostly forgotten in July of 1981.

“She’s someone every Canadian should know about,” said Balan. “Hers is such an amazing story. She reported from two totalitarian regimes, was a feminist, a single woman—a Jewish woman reporting from Nazi Germany”, adding, “She’s a remarkable Canadian, a remarkable woman, a remarkable journalist”.

A documentary, however, was made called “Hunger for Truth: the Rhea Clyman story