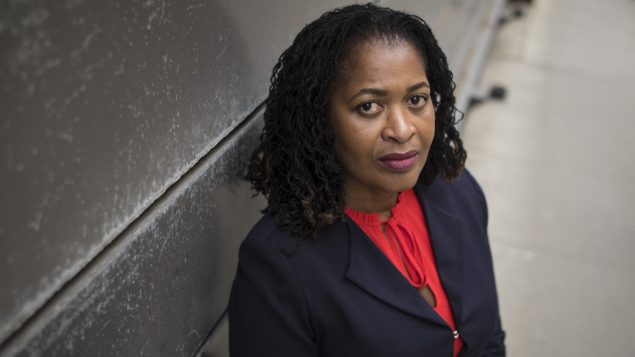 Paulette Senior, the president and CEO of the Canadian Women's Foundation, poses for a photograph in Toronto on Monday, Apr. 29, 2019. A new study conducted by the Toronto Region Immigrant Employment Council (TRIEC) shows that only about 4.2 per cent of executives in the GTA are from racial minorities, and only two per cent of executives are immigrant women of colour. (Tijana Martin/THE CANADIAN PRESS)

While many immigrants in the Greater Toronto Area have made great strides in landing their first job in Canada, very few of them make it to the upper rungs of the corporate ladder, according to a new study.

The study, conducted by the Toronto Region Immigrant Employment Council (TRIEC), shows that only six per cent of executive positions in the leading public, private and non-profit organizations are occupied by immigrants, despite the fact that they make up nearly half of the GTA population.

“There is a lot of effort by the governments, by employers, and by the settlement sector to find ways to advance immigrant talent,” said Yilmaz Ergun Dinc, the lead author of the study.

But most of these efforts are focused on immediate outcomes of landing the all-important first Canadian job, Dinc told Radio Canada International.

“There isn’t that much attention being paid to what happens after,” he said in a phone interview. “Do immigrants advance in their career? Do they reach management positions?”

Leveraging skills and talents of immigrants

It’s important to have answers to those questions because Canada’s immigration system is built on the premise that the society will leverage the skills and talents that immigrants bring, Dinc said.

“And if you don’t have immigrants at the top leadership positions, that means there is a bottleneck there, that you are not fully utilizing the talents and competencies of the people that you are bringing here,” Dinc said. “That’s very costly for Canada and for the world because these are talented people that bring their insights and experience from all around the world.”

There is a lot of research that shows that diverse leadership drives innovation and creativity, Dinc said.

“Canada wants to have very diverse labour markets and also to be connected to the global markets to do business, but without immigrants in decision-making roles Canada’s labour market will not have that global outlook,” Dinc said. “You need immigrants to realize their full potential and reach executive positions if you want Canada to be competitive in the global fora and the global economy.”

Inclusion training for current leaders and executives has shown to be very helpful, Dinc said. Mentoring and sponsorship also make a big difference because immigrants don’t always have the same networks as people who were born in Canada, he added.