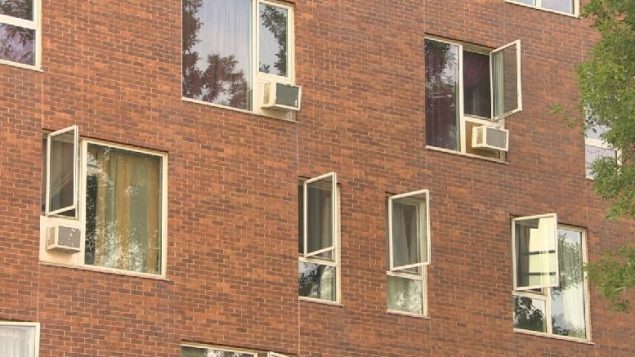 The Toronto Community Housing Corporation (TCHC) has announced it will ban window-mounted air conditioning units effective immediately. The agency controls thousands of units of low-income and subsidised housing in the city.

The move comes after one such unit fell out of a window on the eighth floor of a TCHC complex on November 11, striking a toddler on the ground below. The 2-year-old girl died later in hospital. 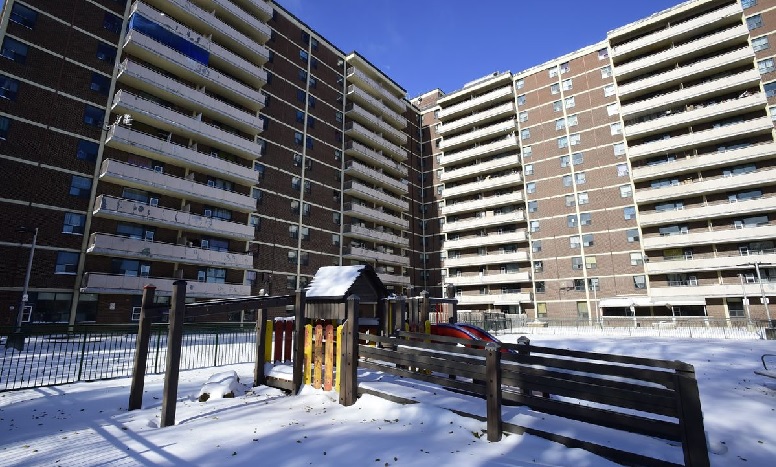 The AC unit fell from the 8th floor of this TCHC complex, striking the girl (Frank Gunn- CP)

In a statement this week, TCHC said it has already begun removing window units and will replace them at no cost to tenants with floor models.

TCHC president and CEO, Kevin Marshman, says in the statement that the urgent momemtum of the replacement programme is due to safety concerns. “Sadly, we have seen how the risk of a window air conditioner becoming dislodged can have tragic consequences. We are taking steps to protect the safety of tenants, staff and visitors to our buildings and are asking for the cooperation of tenants as we implement these measures”.

The TCHC had already recognized through a study in 2007, that many of the AC units in its buildings were old, dirty and energy inefficient, and had begun a slow replacement programme. 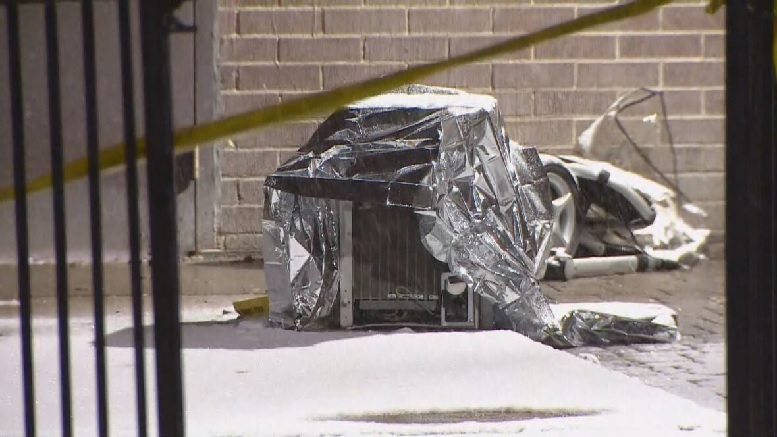 The AC unit that fell and struck the toddler sitting in a stroller which is crumpled beside the unit. (Susan Reid-CBC)

In fact that 2007 study noted “there is a safety issue as the air conditioners could potentially fall out of the windows”. It recommended that tenants no longer be allowed to install their own units, but rent or buy them from the TCHC which would ensure proper mounting.

TCHC said this week that all window-mounted AC units will be removed by the end of this month.  One report says there are about 16,000 AC units in the corporation’s buildings, but thousands have already been replaced as part of an ongoing programme.

The CBC reports that some 6,000 AC units will have been removed from TCHC buildings by the end of the month at an estimated cost of between $4 to $5 million dollars.