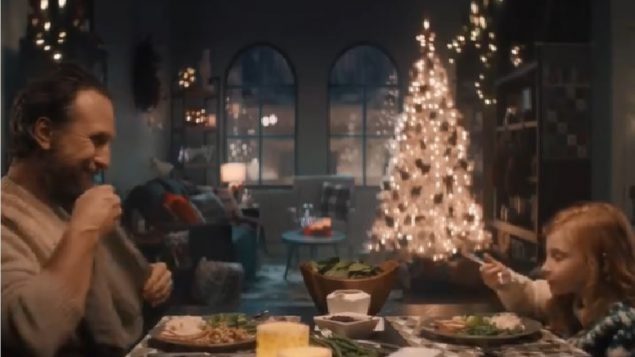 One of Canada’s major and best known retail chains, Canadian Tire, is under fire for its promotion of artificial Christmas trees.

The huge chain of more than 1,600 outlets, originally associated with automotive supplies, hardware, and sporting goods, has expanded in recent decades to include a much wider selection of merchandise.

The controversy this year comes from one of two 30 second commercials which began airing in November to continue until December 23. One is called “moonlight ride” and the other controversial one is called “Snowy search”.

In this commercial a man and young daughter are in the woods looking to cut down a tree for Christmas. The young girl points to wildlife in the trees and takes her father home where they are seen decorating an artificial tree.

The complaint is that it seems to promote artificial trees as an eco-friendly alternative to natural trees and this has angered Quebec’s Christmas tree growers.

The tree growers say the commercial implies that using a real tree is detrimental to wildlife and the environment.

The theme music performed by Canadian singer Zoe Sky Jordan, was originally recorded by British band the Troggs in 1967 and was actually filmed in Toronto on a hot summer day with much computer manipulation! The French version cut the English lyrics keeping only the melody.

Tree growers say the opposite is true, that artificial trees are made with non-biodegradeable plastic products in distant places like China and elsewhere and then shipped overseas to places such as Canada, representing a much greater carbon footprint in manufacture, shipping, and eventual disposal.

He says artificial trees can’t be recycled, whereas “real” trees absorb carbon and produce oxygen for many years as they grow and then can be recycled. 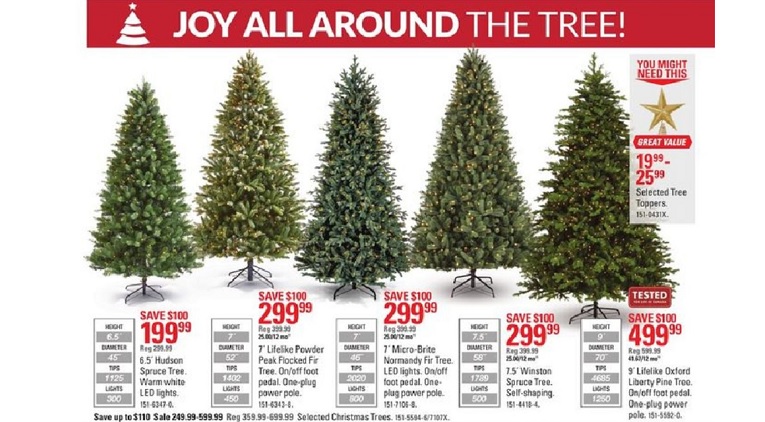 A variety of artificial trees offered in a December Canadian Tire flyer. (CTC)

APANQ also says tree growers are mostly local family operations providing additional seasonal work and income for local people to cut the trees.  The Canadian Christmas Tree Growers Association also says the trees are grown on land which is otherwise not fit for other agricultural use. 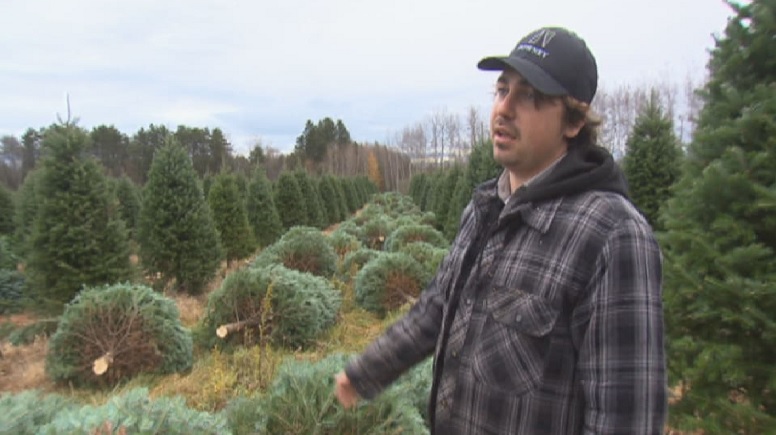 Jimmy Downey is among those growers upset over the commercial insisting that farmed natural trees are in fact better for the environment than artificial plastic ownes. (Radio-Canada)

Nonetheless, artificial trees are gaining in popularity. An American survey last year found that over 80 per cent of trees on display were artificial. 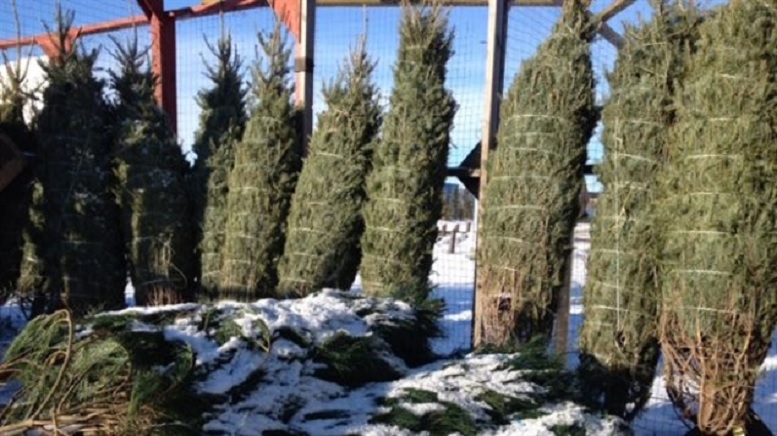 Christmas trees for sale. Canada is the largest exporter of these trees, about 1.5 million, mostly to the U.S. Some 15 years ago it was almost double that, but competition from U.S growers, and popularity of artificial trees has cut into Canadian sales. (Adrian Cheung)

Responding to criticism about the advert, the company says, “”Our Christmas public tells the heartwarming story of a little girl and her father sharing a Christmas moment.”

Canadian Tire also notes that it sells natural trees or rents space to growers at more than 200 of its locations.