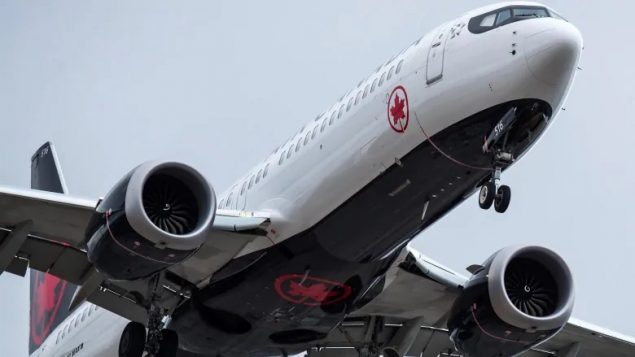 An Air Canada Boeing 737 Max 8 aircraft prepares to land at Vancouver International Airport, in Richmond on March 12. Boeing will cease production next month of the troubled airplane behind two deadly crashes. On March 13, Canada announced a grounding of the model, bu (Darryl Dyck/The Canadian Press)

Boeing has announced it will suspend production of its 737 Max8 model starting in January.

The news has meant a halt to current expansion plans for three of Canada’s airlines, and likely for other international carriers as well.With the addition of several Max 8 planes, the Canadian airlines had hoped to increase their passenger capacity while lowering the per person cost for the airlines. Air Canada already has 24 of the planes in its 400 plane fleet.  Air Canada, WestJet, and Sunwing had each planned to add more of the Max 8’s to their fleet in 2020. 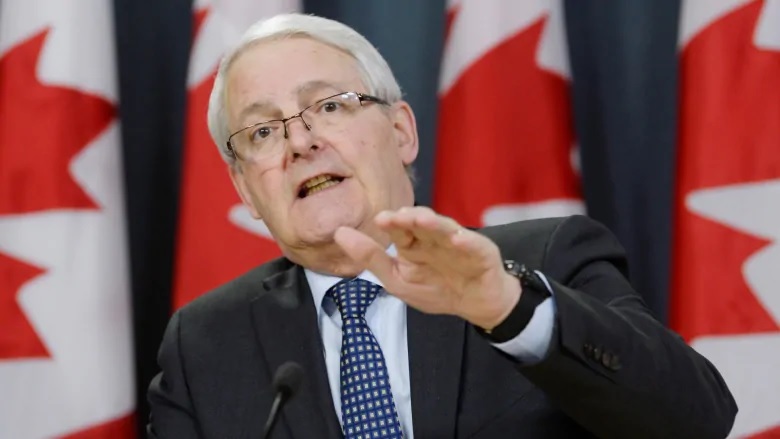 Canadian Transport Minister Marc Garneau speaks about the grounding of all Boeing 737 Max 8 airplanes in Canada during a press conference in Ottawa on March 13, 2019. (Adrian Wyld/Canadian Press)

The production halt is due to the American Federal Aviation Administration (FAA) deciding to maintain the original March flight ban well into 2020. The ban was initiated after two deadly crashes in late 2018 and early 2019 due to a software issue which killed 346 people including 18 Canadians. Another unrelated anomaly was discovered by officials later in the summer. Investigation and analysis of the planes flight control systems continues.

Even when re-certification is granted, it will take several more weeks to train pilots on the new plane.

Boeing had continued to make the planes even with the grounding, but now has a substantial backlog of almost 400 planes taking up space. 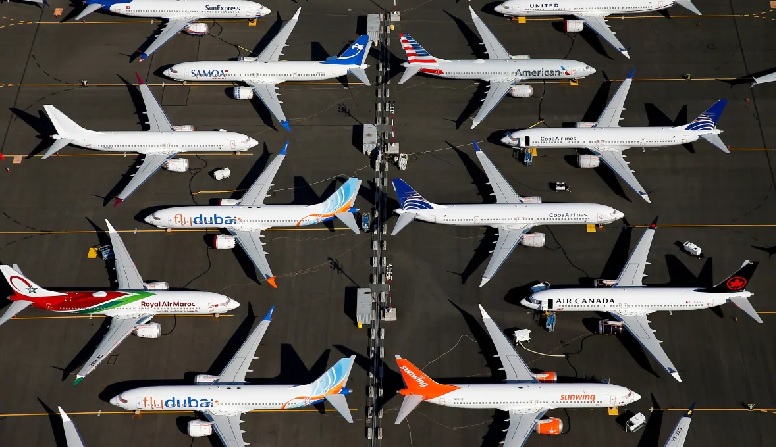 Boeing continued to produce over 40 planes a day during the grounding but can’t deliver them. With almost 400 planes parked near the Seattle plant, the company will halt production in January. (Lindsey Wasson-Reuters)

Air Canada, WestJet and Sunwing have seen their Max 8 planes parked as well.  In August, Air Canada said it was considering parking its current 24 planes in the U.S. desert where hot dry conditions limit corrosion, although there are high costs involved in that process. WestJet says its 13 planes are inside hangars where they receive regular maintenance and have the engines run once a week, which is also another costly process.  In October an Air Canada announcement read, “Given the uncertainty about the timing of regulatory approvals for the return to service of the Boeing 737 MAX, we are removing the Boeing 737 MAX from our schedule to February 14, 2020 and will continue to update plans as required”.

The airlines say the grounding of their planes is costing them in terms of storage, lost passenger capacity, and the continued use of less energy efficient aircraft.

At least one airline, the U.S. carrier Southwest Airlines, has reached an undisclosed compensation agreement with Boeing over the airlines projected $830 million loss in operating income for 2019 while another, Indian budget carrier SpiceJet Ltd. also seems to have a compensation deal in the works and it is likely other airlines are seeking compensation as well. 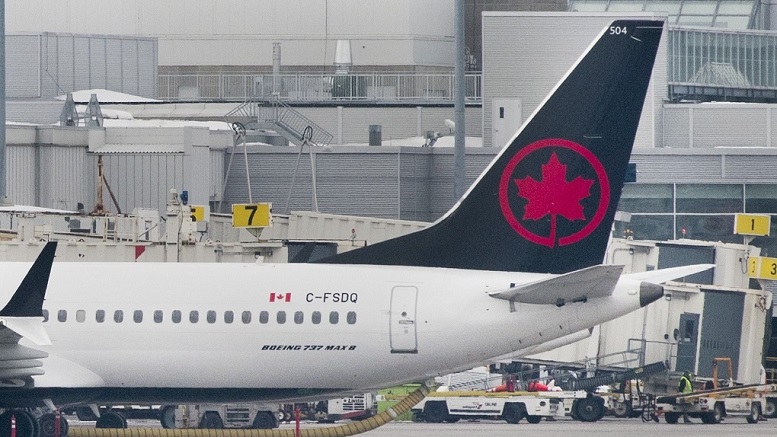 Air Canada has two dozen Boeing 737 Max 8 jets that are grounded, including this one standing at a gate at Trudeau airport in Montreal on March 13, the day the model was grounded in Canada. It had orders for 14 more in 2020. Transport Canada did grant an exception for the plane to make 11 flights in Canada in August. and September, solely for the purpose of keeping some pilots licences up to date. (Graham Hughes/Canadian Press)

Boeing has lost billions of dollars already over the situation. Before the global grounding it had delivered 387 planes to dozens of airlines, with orders for thousands more.  In July, a Saudi company, Flyadeal was the first to officially cancel its order of up to 50 of the Max 8’s, although analysts say cancellation of orders is difficult and other airlines may not follow suit. Boeing could also be facing civil lawsuits of up a billion dollars from victims of the crashes.