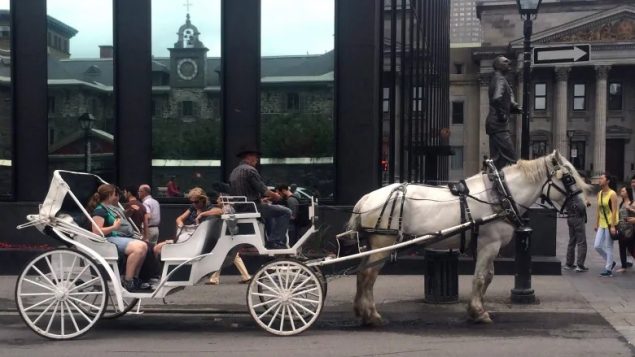 At a distance, there was a sense of formality and a timelessness attached to Montreal's horse-drawn carriages, known as calèches, but upon closer inspection, many recoiled. Tuesday at midnight, the last calèche must be off the streets. (Morgan Lowrie/Canadian Press)

Last call is coming up.

A long-running tradition–touring Old Montreal’s cobblestone streets in a horse-drawn carriage–ends at midnight tonight when a ban on the carriages–also known as calèches–takes effect.

The ban on the carriages, which have been around since the 18th Century, ends a battle between animal rights activists and the businessmen who ply their trade from the big seat behind the horses.

Earlier this month, a judge refused to grant last a ditch request by a stable owner to suspend the City of Montreal’s that officially takes effect on Jan. 1. 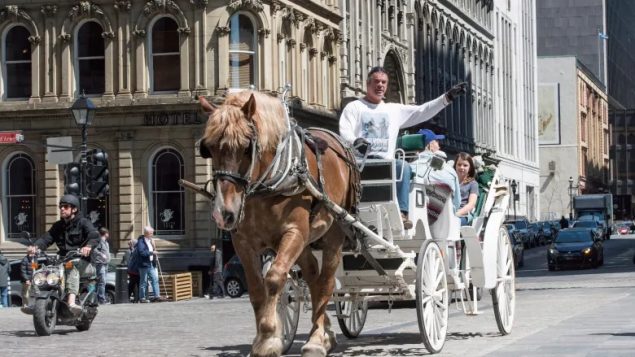 The owners had wanted to work through the Christmas holidays, a time when they said they did good business in their carriages decorated in red ribbon and fir branches.

The backlash against the use of the horse-drawn calèches has been building for nearly a decade as concern grew about the animals’ welfare.

It escalated in recent years following a series of incidents involving calèche horses being adversely affected by summer heat.

The death of a horse in 2018 while pulling a carriage prompted Mayor Valérie Plante–long under pressure from animal rights activists–to say the carriage trade was no longer welcome in Montreal. 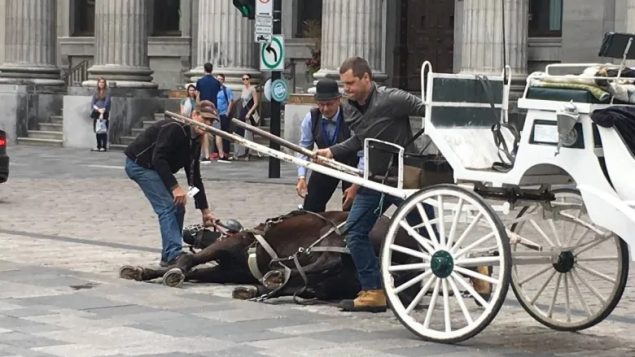 A video showing a horse collapsed in Old Montreal in 2017 was widely shared widely on social media, fueling the long-running dispute between calèche owners and drivers and animal rights activists. (Simon Marceau-Pelletier/CBC)

Calèche owners have long said their horses are well cared for and maintain animal activists are putting them out of business.

This past April the city said it would pay the Society for the Prevention of Cruelty to Animals $1,000 for each horse offered a refuge or a family. 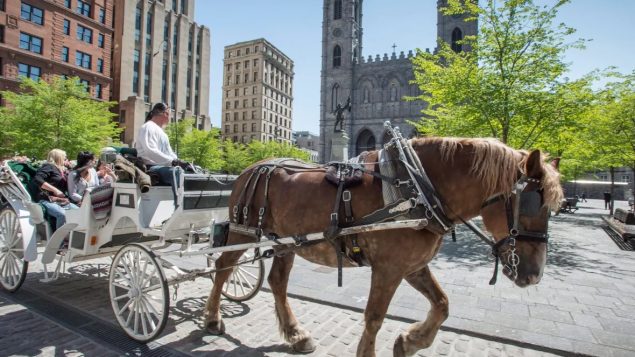 By mid-December, just one application to join the program had been filed.

The City of Montreal says is is working on a retraining program to help the calèche drivers and owners transition to other tourist jobs.

With files from CBC, RCI, CTV

One comment on “Famed Montreal calèches making their final tours”