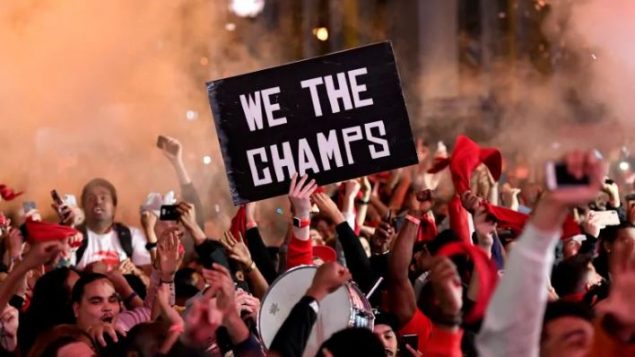 Thousands of Raptors fans filled the streets of downtown Toronto to celebrate the team's first NBA title in June. The Raptors were named the Canadian Press team of the year on Saturday. (Nathan Denette/The Canadian Press)

Toronto Raptors are CP’s 2019 team of the year

The Toronto Raptors have been voted Canadian Press’s team of the year.

The Raptors won 61 of the 67 of the votes cast by writers, broadcasters and editors across the country.

Earlier this month Andreescu won the Lou Marsh Trophy, as Canada’s athlete of the year. 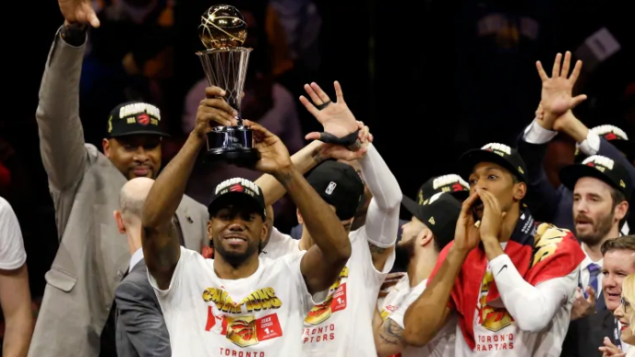 Kawhi Leonard, the team’s MVP, won the hearts of Canadians despite the fact that he left the team in the off-season. (Getty Images)

The Raptors’ remarkable run to the the National Basketball Association championship appeared to captivate the entire country, which collectively may a have discovered a new sport to fall in love with–since it’s now been since 1993 that a Canadian-based team (the Montreal Canadiens) have won the Stanley Cup.

The Raptors also became the first Canadian team to win a championship in any of North America’s four major sports since the Toronto Blue Jays won the Major League Baseball’s World Series in 1992 and 1993.

And the Raptors became the first team outside the United States to win the NBA championship.