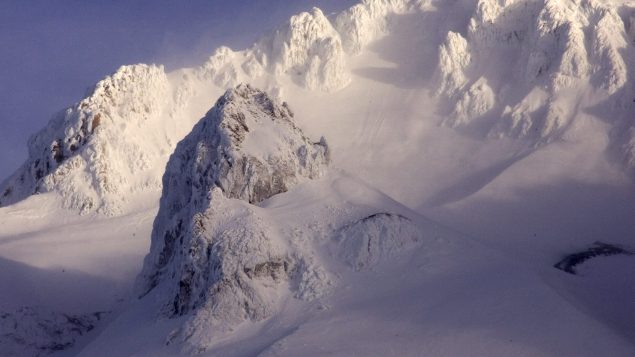 Say one thing for the kid, he’s got brass.

“It looked like a cool mountain to climb. My friends wanted to do it so, why not?” said Gurbaz Singh, speaking at the beginning of a day he will not soon forget.

One minute Monday morning, he was about 100 metres from the top of Oregon’s Mount Hood--on his 98th climb to a summit.

The next second, Singh, a high school student from Surrey, B.C., lost his footing and was headed south–150 metres worth of south, at an elevation of about 3,200 metres.

“It happened pretty quick so it was kind of unexpected,” Singh to CBC News’ Karin Larsen, speaking from his hospital bed in Portland, where he underwent surgery Tuesday to repair a shattered femur.

“I was trying to use all the things that I had learned (to stop), but I lost my axe and I wasn’t able to stop the tumble, because as you tumble you gain more momentum,” Singh told CTV.

Singh estimates that he was only falling for about 20 seconds, but “I was upside down.”

Singh’s fall ran about 150 metres–from the “Pearly Gates” section of the climb to a section known as the “Devil’s Kitchen.”

“The Pearly Gates is a narrow chute–almost like climbing up a chimney,” Sgt. Marcus Mendoza, a public relations officer with the Clackamas Country Sheriff’s Office, told the CBC’s Larsen.

“The ice gave way because it is still early in the climbing season and it wasn’t strong enough at this point.” 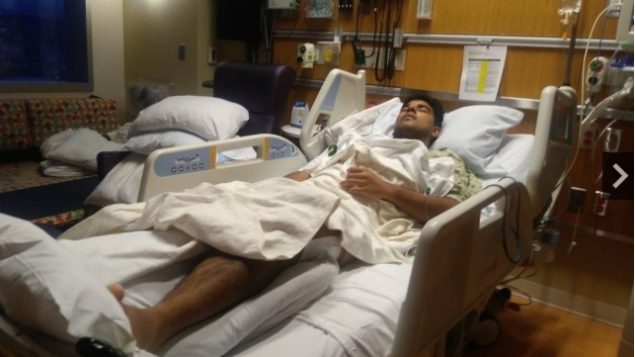 Singh has been doing his interviews from a Portland, Oregon hospital room after surviving the 150-metre fall on Mount Hood. A GoFundMe page has been created by one his friends to help the Singh family pay Gurbaz’s medical costs. (GoFundMe)

Mendoza told Larsen that rescue crews were “amazed” Singh survived and only suffered a broken leg.

“Professional mountaineers know that you cannot fall in that section…there’s nothing to stop you,” Mendoza said.

Singh credited his training and wearing a helmet as reasons why his injuries weren’t more severe.

“We looked at my helmet afterwards and it was just destroyed…I’m so lucky,” he told CTV. 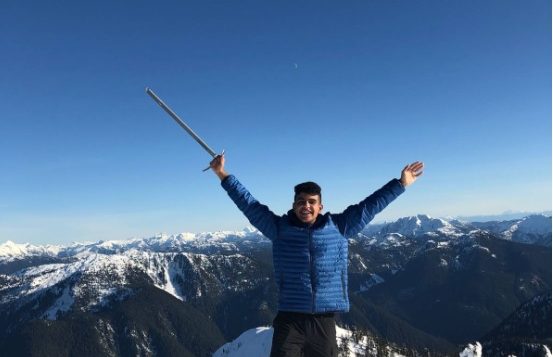 Singh’s Mount Hood climb was his 98th summit attempt. It was almost his last. (GoFundMe)

Singh’s father, Rishamdeep Singh, told CTV that once his son heals, they intend to return to Mount Hood and climb it together.

“He’s played chess in competitions, he’s an honour-roll student. He’s a very brave kid and I’m very proud of him,” Rishamdeep Deep said of his son.