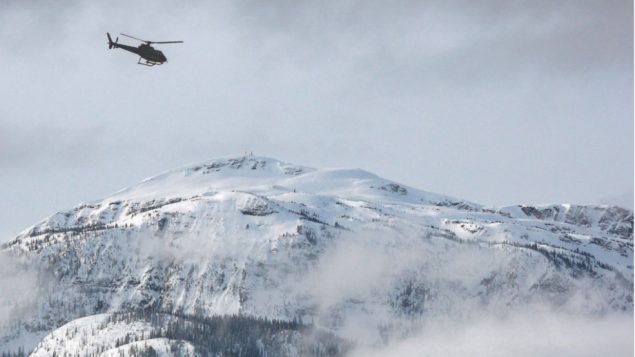 A search and rescue operation is seen near Revelstoke in 2010. Avalanche Canada today issued a rare "extreme warning" for many slopes in the Sea-to-Sky region of B.C., just north of Vancouver. (Jeff McIntosh/Canadian Press)

Avalanche Canada has issued a rare “extreme warning” for many slopes in the Sea-to-Sky region of British Columbia, just north of Vancouver.

Avalanche Canada adds that between 40 centimetres and a metre of new snow, coupled with strong winds and warming temperatures, will “cause a natural avalanche cycle.”

The warning follows the deaths of two men on Monday following an avalanche in northwestern B.C.’s Tatshenshini-Alsek Park, near Haines Summit. 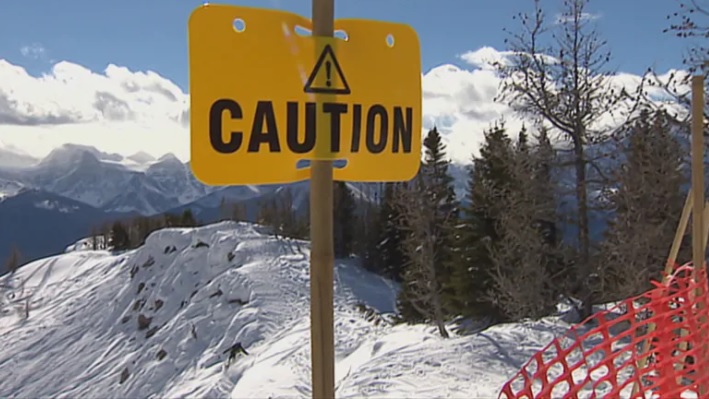 An average of 11 people die in avalanches every year in Canada. About 80 per cent of the deaths come in British Columbia. (Mark Matulis/CBC)

Gayowski went out skiing around noon local time on Monday in an unfamiliar area of the Red Mountain Ski Resort, about 14 kilometres northwest of Trail.

An average of 11 people die annually in Canada as a result of avalanches–about 80 per cent of the fatalities are in B.C.