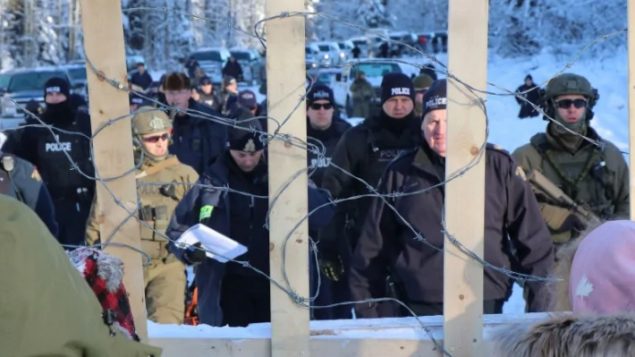 No one in northern British Columbia is quite sure what happens next following a B.C. Supreme Court ruling on Tuesday that granted a temporary injunction against members of a First Nation opposed to the building of a pipeline running through its traditional territory.

Tuesday’s ruling came just short of a year after the RCMP enforced an injunction granted by the same court that resulted in 14 arrests and demonstrations across the country last January.

A hereditary chief with the Wet’suwet’en First Nation says his community is expecting police action following the ruling that granted Coastal Gaslink the interim injunction. 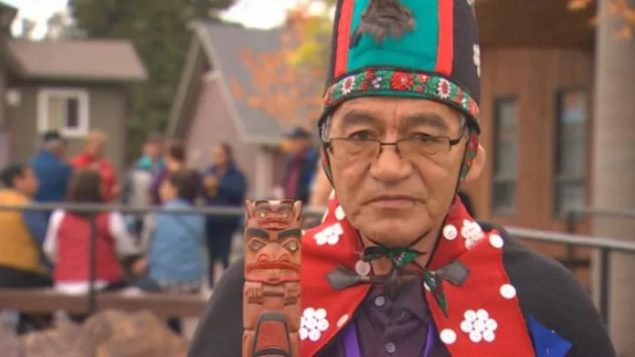 Hereditary Chief Na’moks of the Wet’suwet’en Nation says resource companies should consult with hereditary leadership when they are pursuing agreements with the Wet’suwet’en people on their land. (Glen Kugelstadt/CBC)

“We do expect the RCMP to bring it to another level. They did it last year, they’ll do it again this near,” Na’moks, who also uses the name John Ridsdale, told The Canadian Press’s Amy Smart in a telephone interview.

In a statement, the RCMP would not say if or when they would enforce the latest injunction.

“The RCMP respects the rights of individuals to peaceful, lawful and safe protest and we are committed to facilitating a dialogue between all parties,” the statement, attributed to Corp. Madonna Saunders, read.

“We are impartial in this dispute and it is our hope that this can be resolved peacefully.” 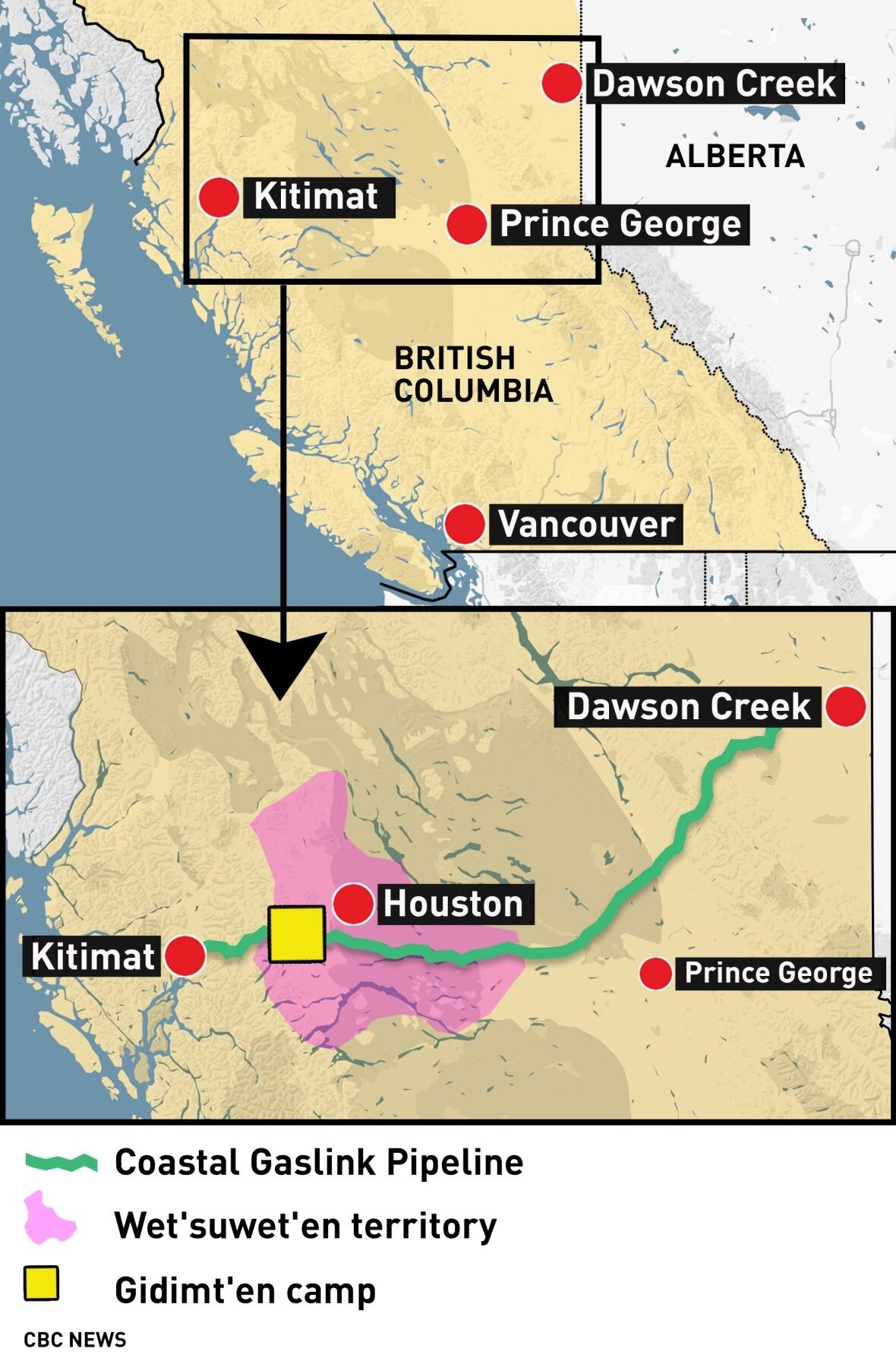 The $6.6-billion Coastal GasLink pipeline would transport natural gas across 670 kilometres from Northeastern B.C. to the LNG Canada export terminal in Kitimat.

Coastal GasLink has says it has signed agreements with all 20 elected First Nations councils along the pipeline route.

However, five chiefs of the Wet’suweten First Nation say the project has no authority without their consent.

Na’moks says his community is firm in its opposition to the pipeline.

They say it threatens or destroys historic artifacts, trails and hunting grounds. 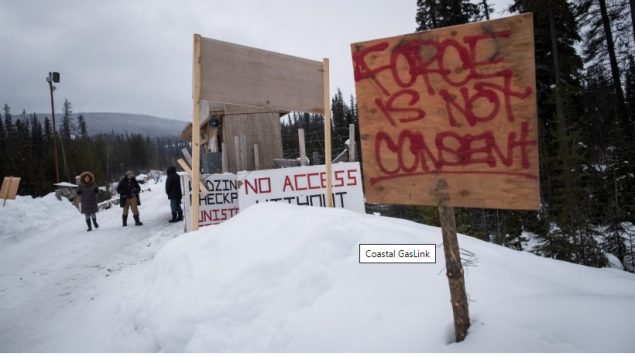 This checkpoint is seen at a bridge leading to the Unist’ot’en camp on a remote logging road near Houston, B.C. last January. The Unist’ot’en camp was one of two set up by members of the Wet’suwet’en Nation to prevent pipeline workers from gaining access to the road. (Chantelle Bellrichard/CBC)

“Our people have said no to this, so we’ve said no.”

Na’moks said the First Nation is exploring legal actions, including an appeal of Tuesday’s decision and a constitutional challenge.

Coastal GasLink says is has begun what it calls “pre-contruction” work on the disputed territory.

Following Tuesday’s ruling, the company said its work is approved and permitted.