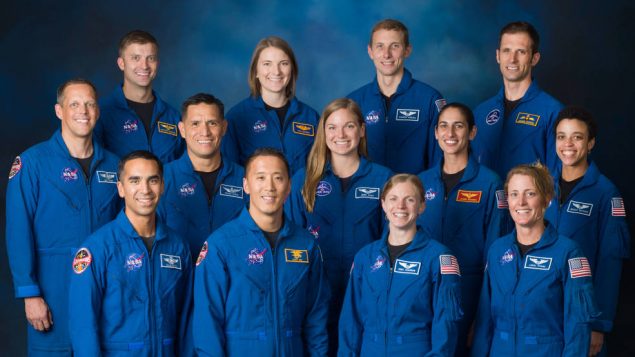 Two Canadians are set to graduate under NASA’s Artemis program, which plans to land the first woman and next man on the Moon by 2024.

Jennifer Sidey-Gibbons and Lt.-Col. Joshua Kutryk, are among a class of 13 aspiring astronauts, who have completed more than two years of basic training, led by Canadian astronaut Col. Jeremy Hansen.

They will join Canada’s elite cohort of astronauts and become eligible for spaceflight, including assignments to the International Space Station, Artemis missions to the Moon, and ultimately, missions to Mars, NASA said in a press release.

NASA will honour its first class of astronaut candidates to graduate under the Artemis program at 10:30 a.m. EST Friday, Jan. 10, at the agency’s Johnson Space Center in Houston.

At Friday’s ceremony, which will be streamed live on NASA’s website, each candidate will receive an astronaut pin, marking their graduation from basic training and their eligibility to be selected to fly in space.

Kutryk, a Royal Canadian Air Force test pilot, is from Beauvallon, Alberta. He has a bachelor’s degree in mechanical engineering, as well as master’s degrees in space studies, flight test engineering, and defence studies.

Prior to joining the Canadian Space Agency (CSA), Kutryk worked as an experimental test pilot and a fighter pilot in Cold Lake, Alberta, where he led the unit responsible for the operational flight-testing of fighter aircraft in Canada, according to his official biography.

She studied mechanical engineering at McGill University in Montreal and received a doctorate in engineering from the University of Cambridge. Her research focuses in combustion in space.