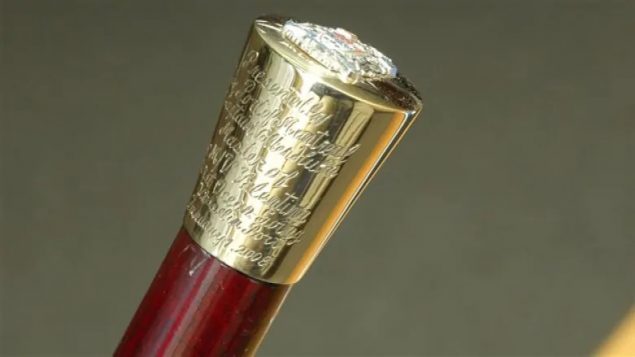 The 14 carat gold topped cane is presented with the inscription, "Presented by the Port of Montreal to (captain's name), Master of the (ship's name), the first ocean-going vessel in the port in (year)." ( Radio-Canada)

It’s a tradition going back 181 years and more. The captain of the first ship to make it to Montreal in the new year is awarded a gold-topped cane. 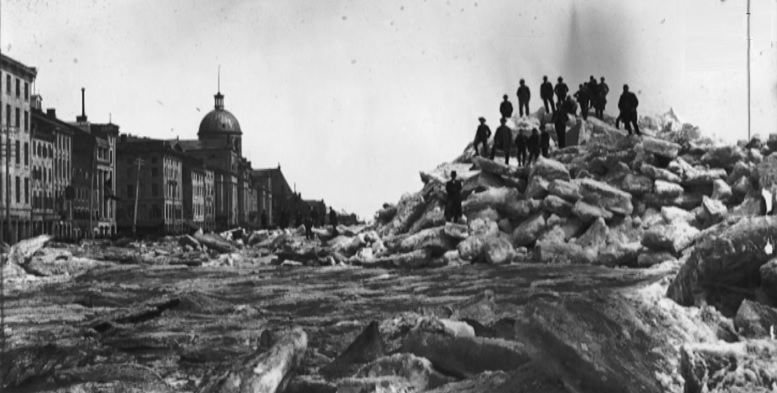 Ice piled up against the shore and docks at Montreal in the 1800’s. Ships couldn’t arrive with news, goods, and mail from abroad until late spring. (McCord Museum-CBC)

The idea goes back to the when the harbour commission was established in 1830. Montreal was already a long-established bustling port at the time but due to winter ice, was closed for several months of the year. During winter shops would slowly run out of goods, and contact with the rest of the world was in many ways basically cut off. Therefore first ship arriving in spring with its cargo of food and wines, fashions, news, and mail, was a cause of celebration. Depending on weather and ice conditions in the river, the first ship might not arrive until late March or April or even May. 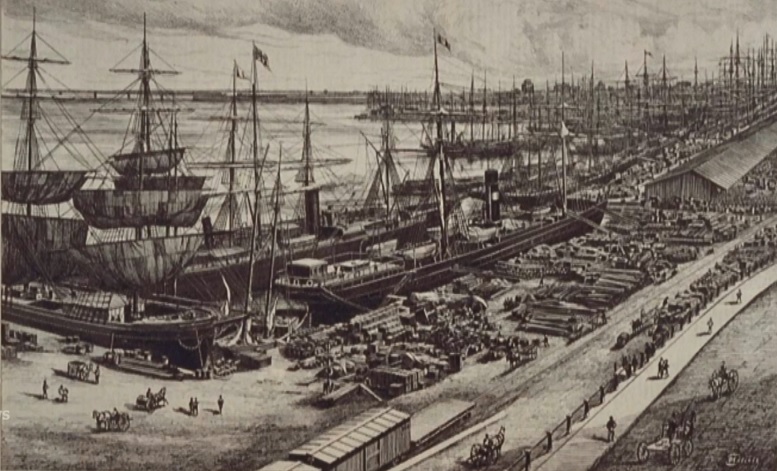 Montreal had long been a bustling port when in 1840 the harbour commission decided to award a top hat to the master of the first ship arriving in the port in the new year. This was ‘upgraded’ to a gold-topped cane in 1880. (Canadian Illustrated News Aug 1876- via McCord Museum-CBC)

The harbour commission decided to offer a prize to captains as a way to encourage them to come early to the city. At the time, 1840, it was a beaver pelt top hat. In 1880 it was decided that something more substantial was needed and came up with the idea of a gold headed cane with an additional gilded tip at the bottom, which would have been very fashionable at the time.

With the advent or icebreakers in the St Lawrence, Montreal became a year round port in 1964, heralded by the January 4th arrival of the Helga Dan that year.(Montreal Harbour Commission)

The cane became quite an honour for international ship captains and has continued ever since.

This year the gold cane went to Captain Captain Qin Xiao Fei of the Exeborg bulk carrier which left the Port of Sauda, Norway, on Dec. 21. (Port of Montreal and Radio-Canada)
‘

However, since 1964, icebreakers and a changing climate have meant that ice in the river and port is no longer the impediment it once was, and now the first ship of the year often arrives on January 1st, or within a day or so. Even so, the tradition of the gold cane award continues in a grand ceremony each year much to the delight of ship’s captains.