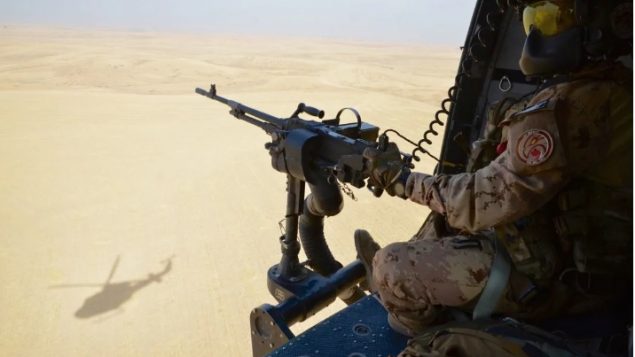 A member of the Canadian Forces mans a gun from inside a Canadian Griffon helicopter near Erbil air base in Northern Iraq. The airbase in Erbil is used by Canadian Forces and other members of the U.S.-led coalition against ISIS. It came under missile attack from Iran late Tuesday, along with another base near Baghdad. Officials said Canadians were at the base but did not say how many. No casualties were reported. (Murray Brewster/CBC)

Canadians at Iraqi base during Iran’s missile strike

Prime Minister Justin Trudeau has confirmed that Canadian military personnel were at one of the Iraqi military bases targeted by Iran Tuesday in retaliation for the U.S. drone strike that killed Iranian Gen. Qassem Soleimani in Baghdad.

He did not say how many Canadians were at the base at the time.

Canada has about 500 troops in Iraq.

About half are part of a Canadian-led NATO training mission.

The other half are based at the northern Erbil Airbase and are part in the U.S.-led anti-ISIS coalition known as Operation Impact, fighting the remnants of the Islamic State.

Iran says it launched “tens of surface-to-surface missiles” against Erbil and the Ain Asad base, near Baghdad, killing 80 people, a claim not supported by anyone outside of Iran.

There were no Canadian causalities

“I am relieved, as are all Canadians, that all personnel deployed in Iraq are safe,” Mr. Trudeau told a news conference in Ottawa.

Trudeau repeatedly emphasized the need to not let up in efforts to eradicate ISIS, a message that aides said he shared Wednesday in telephone conversations with a number of world leaders, including U.S. President Donald Trump, British Prime Minister Boris Johnson, French President Emmanuel Macron and German Chancellor Angela Merkel.

He also said Canada is prepared to continue what he termed the “extremely important” anti-ISIS NATO training missing in Iraq.

“NATO has a significant role in the training mission that we’re moving forward with–but there are always going to be more reflections on what are the next steps to take, given the current circumstances,” he said.

Trudeau declined to condone — nor did he criticize — the drone attack that killed Soleimani, but he said Canada condemns the Iranian attack on the Erbil base, which has long served as the centre of Canadian operations in Iraq. 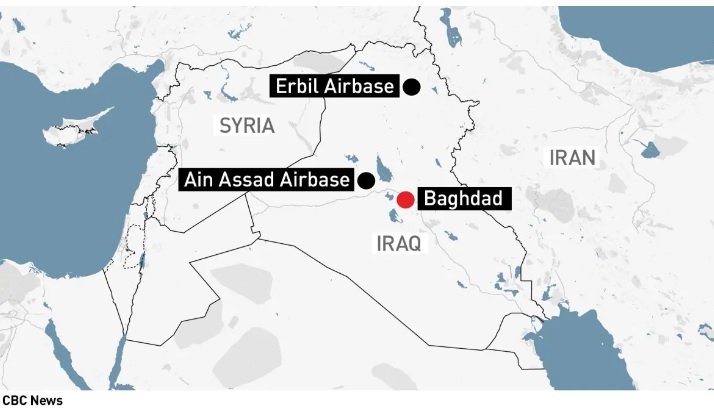 Iran’s ballistic missiles were launched against at two military bases in Iraq that house U.S. and coalition forces. The Canadians work out of the Erbil base. (CBC News)

Earlier this week, the Canadian military suspended its Iraqi operations, moving some troops to Kuwait.

Trudeau did not say when operations would resume.

The fact that no one was killed in the strikes has led many to speculate that Iran deliberately avoided landing their missiles on targets that would have killed people because Tehran wanted to stop the crisis from escalating.