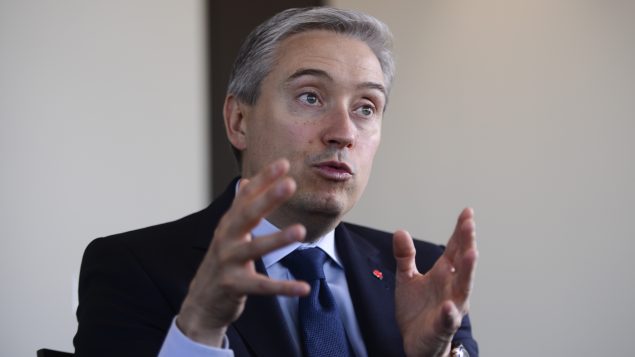 Canadian Foreign Affairs Minister François-Philippe Champagne spoke to his Iranian counterpart late last night, pressing him to grant Canadian officials immediate access to the site of the fatal Ukraine International Airlines plane crash that killed all 176 people aboard, including at least 63 Canadians.

Most of the passengers on the Kyiv-bound flight PS752, which crashed minutes after takeoff from Tehran’s Imam Khomeini International Airport, were connecting to Canada, according to Prime Minister Justin Trudeau.

There were 82 Iranians, 63 Canadians and 11 Ukrainians on board, along with 10 Swedish, four Afghan, three German and three British citizens, according to Ukrainian officials. But 138 of the passengers on the doomed flight were connecting to Canada.

Champagne and Iranian Minister of Foreign Affairs Mohammad Javad Zarif exchanged condolences for the victims of the crash from both countries, according to the readout of the call released by Global Affairs Canada.

‘Canadians have many questions’

“Minister Champagne stressed the need for Canadian officials to be quickly granted access to Iran to provide consular services, help with identification of the deceased and take part in the investigation of the crash,” the readout said.

Champagne said that “Canada and Canadians have many questions which will need to be answered,” according to the readout.

The rare phone call with Zarif came as Ukrainian President Volodymyr Zelenskiy called on the international community and Canada, in particular, to join the investigation into the circumstances of the crash.

It also came as Ukrainian officials announced that one of the hypotheses that they are looking at is the possibility that airplane was shot down accidentally by the Iranian military, which was on high alert after firing a salvo of short-range ballistic missiles at two Iraqi bases housing U.S. and allied forces just hours before the plane went down.

Oleksiy Danylov, secretary of Ukraine’s national security council, said in a Facebook post that investigators are looking into possibility that the aircraft was struck by a Russian-made Tor anti-aircraft missile after unconfirmed reports that elements of the missile were spotted in the wreckage of the plane.

Other hypotheses include a collision with an unmanned drone, an engine explosion or terrorism, Danylov wrote on his Facebook page.

‘Too early to speculate’

Speaking to reporters in Ottawa alongside Trudeau on Wednesday, Transport Minister Marc Garneau, a former Canadian astronaut, said preliminary analysis of satellite data suggest the aircraft took off normally, but officials lost contact with the flight almost immediately after.

That suggests “something very unusual happened,” he said.

Trudeau said he cannot rule out that the plane was shot down.

However, both Garneau and Trudeau said it would be inappropriate to speculate about the causes of the crash.

“It is too early to speculate,” Trudeau said. “I would encourage people not to speculate.”

“The department is also offering technical assistance and expertise to Ukraine officials in the areas of aircraft design (e.g. certification engineers and test pilots), maintenance (e.g. engineers and aircraft maintenance engineers) and flight operations (e.g. pilots) to assist in its investigation,” she said in an emailed statement.

Canada’s Transportation Safety Board (TSB) announced Wednesday that it has appointed an expert who will receive and review factual information released by Iran and monitor the progress of the investigation.