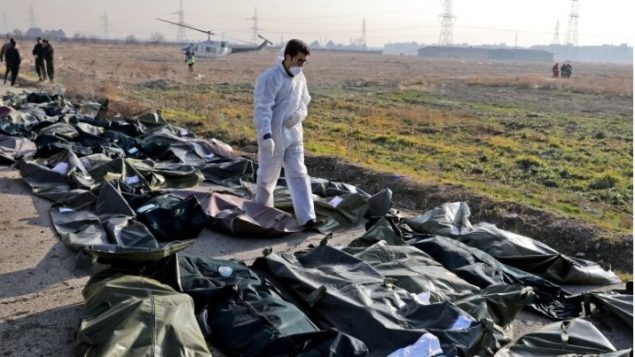 A forensic investigator works at the scene of a Ukrainian plane crash as bodies of the victims are collected outside of Tehran, Iran last Wednesday. More Canadians are arriving to participate in the investigation. (Ebrahim Noroozi/Associated Press)

Two experts from the Transportation Safety Board and six members of Canada’s standing rapid deployment team will join other Canadian officials to help provide consular assistance to the families of the victims, including supporting repatriation of remains and helping to identify victims. 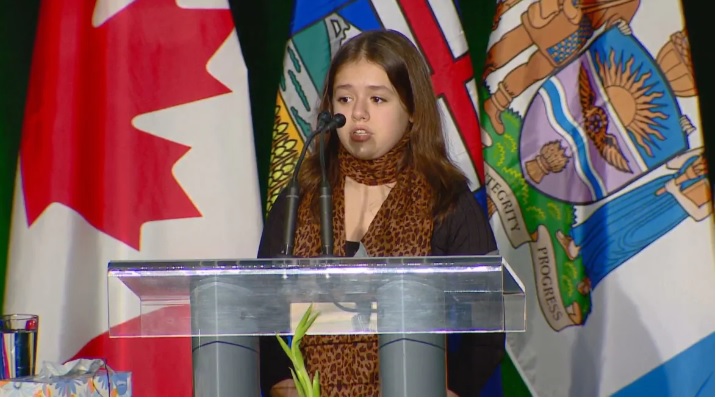 Ghazal Pakseresht grieved the short life of her friend and Persian school classmate, 14-year-old Daria Mousavi, who died in the crash at a memorial service in Edmonton on Sunday. (Scott Neufeld/CBC)

Of the 176 people killed when the Boeing 737-800 bound for Kyiv was mistakenly shot down Wednesday by Iranian forces, 138 were bound for Canada.

Officials now say and 57–not 63, as originally thought–were Canadian citizens.

At a vigil in Edmonton on Sunday, Prime Minister Justin Trudeau told families that while no words can ease their pain and outrage, he sincerely hopes they can find some comfort in knowing that all Canadians stand with them.

The death toll included a number of people bound for Alberta, most with connections to Edmonton.

Initial reports indicated that as many as 30 people connected to the Edmonton community died in the crash.

However, CBC News has confirmed 15 names of Alberta victims.

“We will not rest until there are answers,” Trudeau told the gathering of about 2,300 people attending the memorial service, organized by the University of Alberta in collaboration with the local Iranian-Canadian community and the City of Edmonton. 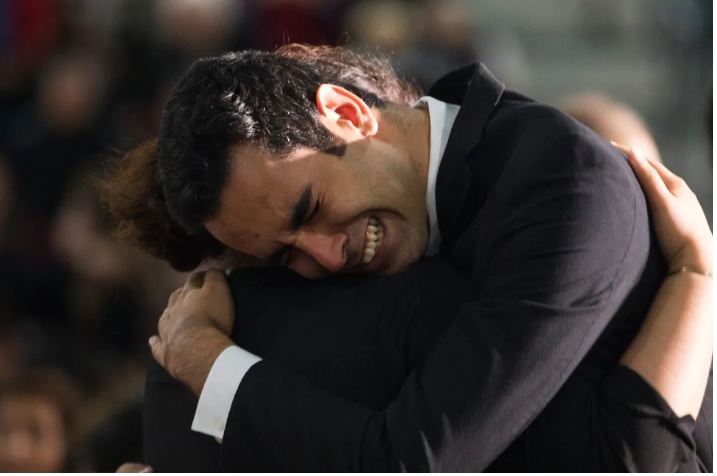 Members of the Iranian community break down during a memorial for the victims of the Ukrainian plane disaster in Iran this past week in Edmonton on Sunday. (Todd Korol/Canadian Press)

On Saturday, Trudeau told reporters he told Iranian President Hassan Rouhani that Tehran must take full responsibility for the downing of the plane.

“We need full clarity on how such a horrific tragedy could have occurred,” Trudeau said.

“Families are seeking justice and accountability and they deserve closure.”